In the world of sports, uncertainty and nervousness constantly surround fans. Part of following a certain sport involves watching games with an accelerated heart rate, standing in front of the TV while praying or covering our eyes. Regardless of your age, gender, sexual orientation or religion, sports unite everyone into believing in one cause: triumph, whichever the team and the discipline. While this may sound bizarre to most American viewers, fans in the United Kingdom are so committed to the sport that it rivals religions and creeds.

As the place where soccer originally formed as we know it nowadays, it is no surprise that Britons own one of the most important football/soccer leagues in the world: The Premier League (EPL or English Premier League). The EPL, home of some European giants like Manchester United, Chelsea, Liverpool and Arsenal, dominates the football/soccer landscape with dramatic comebacks in the last minute, mid-table teams doing surprising signings for cheap prices and authentic battles every morning. At the brink of their new season, the EPL returned under the COVID-19 pandemic.

Instead of stadiums enjoying the heat of the public, fans followed their beloved English Premier teams from their family room’s TV.

History of Football/Soccer in England

Football/soccer in the UK relates to tradition, routine and unity. Like American football and the United States, the wonderful love story between football/soccer and the UK began in South Yorkshire, Sheffield, in October 1857. Two members of a cricket team founded Sheffield Football Club (FC) by organizing a match between them, playing with a ball without any official rules. Sheffield FC’s kick-off would follow the foundation of the Football Association (often referred as the FA) in 1863, the oldest federation in the football world. The FA supervises both amateur and professional British football. Nowadays, Sheffield FC plays at the Northern Premier League, which stands under the amateur category in the English football system. Nevertheless, the creation of Sheffield FC as the first professional football/soccer club in the world triggered the creation of the clubs most of the fans know nowadays, such as Aston Villa, Chelsea and Manchester United.

The FA recognizes the Premier League, previously referred to as First Division and English Premiership, as the top level of the English football league system, with the English Football League (EFL) Championship one step below. The Premier League table consists of 20 teams, with the first place crowned as champions of England and a qualification to the Union of European Football Associations (UEFA) Champions League (commonly referred as UCL).

The second, third and fourth place of the Premier League table qualify for the Champions League as well. As for the fifth and sixth place, they qualify for the UEFA Europa League (UEL), the second most important competition at club level in Europe. Whoever finishes in the bottom three automatically relegates to the championship. Thanks to the FA’s relegation and promotion system, every Premier League edition will host newly promoted teams every year, while those relegated teams will strive next season in the championship for a promotion spot.

Structure of the English Premier League

As of September 2020, 20 teams will participate in the upcoming season, with Fulham, West Bromwich Albion and Leeds United as newcomers, replacing the relegated Norwich City, Watford and AFC Bournemouth. This season will celebrate the return of a historic English team as Leeds United. Known as the “Whites,” Leeds were relegated from the Premier League in 2004 and played in the EFL Championship ever since. Fulham returns to the Premier League after a disastrous relegation in the 2018/2019 season, after spending almost 128 million sterling pounds (170 million dollars) in transfers!

Fulham got their prize after winning the promotion play-offs against Brentford, with a dramatic two-goal lead at extra time. The play-offs consist of the fourth, fifth, sixth and seventh place teams from the EFL Championship playingagainst one another. Whoever wins gets the promotion to the Premier League. West Bromwich Albion, or the “Baggies,” return as runner-ups from last season’s EFL Championship, with Leeds obtaining the trophy then.

Some people who watch the Premier League for the first time may feel as confused as a European watching major league baseball. In English football, an era of supremacy from teams such as Chelsea, Liverpool, Manchester United and Arsenal gave birth to the nickname “Top Four.” These four teams dominated English football during the 2000s, with most of them battling on the top four spots of the Premier League table. Each one of them qualified to the Champions League and/or Europa League every season, leaving no chance to the newcomers and mid-table teams who wanted to give a surprise.

“I remember Arsenal’s team during the 2003/2004 season. They had players like Thierry Henry and Dennis Bergkamp as strikers, Vieira and Ashley Cole on the midfield and defence as well,” said Peruvian resident at Onley, MD Diego Campos. “Another team I strongly remember that season was Sir Alex Ferguson’s Manchester United. I liked all the players in that squad, especially Nani, Carlos Tevez and a young Cristiano Ronaldo.”

Arsenal’s “invincible” season, winning the Premier League with no losses, and Manchester United’s back-to-back titles demonstrate the domination of the “Top Four” for many years. However, nobody had expected the arrival of two newcomers to change the football landscape. In 2010, the “Top Four” got two new members, becoming the “Big Six.” Tottenham Hotspur (commonly referred as Spurs) and Manchester City (nicknamed the “Citizens”) interrupted the football scene by finishing into the top four places regularly. In addition, Spurs became one of the first teams to qualify for European tournaments, leaving one of the “Top Four” teams out. Nevertheless, Spurs still owe their fans some silverware, since they only had two chances to win the Premier League in 40 years. On the other hand, Manchester City’s success regarding titles surpasses vastly the “Lilywhites” (Tottenham’s nickname), which still crave titles until today.

Nobody can deny the fact that the Citizens have formidable players. They became the first team to win a domestic treble (Premier League, FA Cup and Carabao Cup) and the only team to win a league with more than 100 points in a single season. After the club’s acquisition by Arab owners in 2008, Manchester City’s total squad value surpassed 500 million sterling pounds (667 million dollars) and shares its board of directors with other teams such as Girona FC in Spain or New York City FC in the United States.

“I believe that if a club does finances wisely, it will increase both the club and the squad’s economic value. Manchester City had the luck to be bought,” Peruvian resident Renato Andrade said. “However, money is not always important in football. Take as an example Leicester City, who were crowned champions of England against all odds, beating English giants like Manchester United, City, Tottenham, Liverpool and Chelsea. Now, City is gaining a lot of profit not only for its first team players, but for their youth squad as well, selling them or loaning them to other teams.”

The Citizens’ financial investment expanded the club’s brand and served as the milestone of what football has become nowadays: a sport where money runs like a stream. One hundred percent of Premier League clubs get their income not only from tickets and shirt sales, but also rely on television views as their main source of revenue. For example, from the 2017/2018 season, Arsenal earned 180 million pounds just for TV & broadcasting rights. As for mid-table to bottom-table teams like Brighton Hove & Albion and West Ham United possess a 200-million-pound worth, plus extra for television rights.

In addition, other factors, like players’ wages, stadium capacity and average attendance, ought to be considered. Player contracts and signings at sky-rocket prices show the Premier League’s economic power, with the recent acquisition of Rodrigo Moreno by the recently promoted team Leeds United. The 29-year-old Spanish striker comes from Valencia CF, one of the most important and historic teams in Spain. Someone who never saw the Premier League would ask how a striker could sign for a mid-table team while playing for a European giant. The answer? Money.

“I consider the Premier League as the most competitive league in the world. It is the most televised league and that most teams are really valuable,” Peruvian medicine student Hisami Sakamoto said. “I think that the mere fact of playing in such a competitive league makes players’ value in the market sky-rocket, since scouts and managers from national teams will always look out for your performance at every match.”

Other examples include Harry Maguire’s acquisition by Manchester United from Leicester City for 78 million pounds (104 million dollars) last year, and Virgil Van Dijk’s signing for Liverpool from Southampton for 72 million pounds (97 million dollars) in January 2018. Transfers like these are what makes the Premier League a must-watch during the weekends!

Under normal circumstances, Premier League would begin mid-August. However, due to the pandemic, the 2020/2021 Premier League season kicked-off September 12, 2020 at 10am (ET) with Arsenal visiting Fulham’s Craven Cottage. Every match tells a different story where different protagonists make each moment unique. However, the best day of quality Premier League football happens on Boxing Day. What is Boxing Day? First, let’s leave professional boxers aside. During the last weeks of the year, before the January transfer window, Brits and Premier League fans around the globe spend a whole day watching football while celebrating Christmas Eve with their loved ones. Wait, watching your favourite team play, surrounded by your family and friends in the stadium or in your living room? Count me in!

While other leagues such as the Spanish La Liga or German Bundesliga stop their activities for celebrating holidays, the Premier League does not stop the action! As the EPL returns, the public will not witness first-hand action due to the pandemic. Stadiums will not open their gates to prevent the coronavirus from spreading. Nevertheless, clubs encourage fans to follow their teams at home, or from wherever they are. Regardless of the situation, British football action finally has come! Game on. 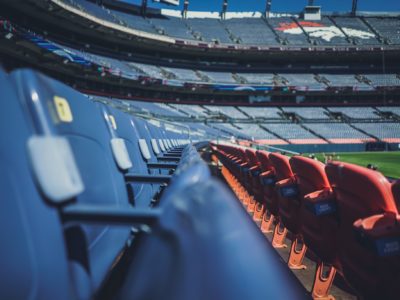 Previous Post:It’s Okay If Your Grades Fall Behind During a Pandemic
Next Post:10 Resolutions to Reinvent Yourself for a Glorious 2021