As a kid, it was always easy to fit in because religion did not define me as much as it does today. As a Muslim male, I could effortlessly slip under the radar as opposed to Muslim women who wear hijab (headscarves) and carry their identities with them everywhere. I would keep these things to myself; not because I wasn’t proud of my religious identity, but because of the stigma associated with Islam. When it came to my religion, most people were judgmental, condescending and full of negativity. It would make me–as well as other Muslims–feel alienated despite my admiration for Islam, causing me to practice my religion in secret.

Even though I had known and understood my religion quite well, I was separated from the religion for reasons I couldn’t pinpoint.

As a kid, my older brother would take me to the mosque with him twice a week for classes on the science of Hadith (narrations from the life of Muhammad [peace be upon him]), the Arabic language in Quran, Fiqh (deep understanding) of Islam and the in-depth biographies of prophets and the prophet’s companions. I always loved these classes and they only ever gave me beneficial knowledge, but where I lacked was implementing these teachings into my life. However, I slowly began to do so at SDSU.

At San Diego State University (SDSU), I began to see that everyone has their own path in life.

The friends I had grown up with either moved to different cities, got full time jobs or went to the same college as me, but most of us stopped talking altogether. I may see them on campus occasionally, but our lack of communication and care showed me that I can’t waste my energy trying to please people that won’t even stay in my life.

My first semester of college was spent doing a lot of things on my own and just trying to adjust. Being that I did not want to even be in college and hated my major at the time, I went out and embraced my freedom away from school. When classes were done you could find me skating downtown for hours, having conversations with people on the bus, going to random art shows every night or at coffee shops writing poetry. I would do anything that had nothing to do with school. I became a lone wolf, with little to no friends on campus, let alone any Muslim friends to support me towards the right path.

I had always been used to having friends and people around me, so this time in life was new to me.

Spending so much time alone, I started making decisions based on what I thought was good for me and not on what people thought of me. I would ponder everything I had ever done, question whether or not I wanted to be in school and think about how far I had strayed from my religion. I hadn’t been going to mosque or reading the Quran, and so to gain some stability I felt that was what I needed to do.

My brother suggested one day that I check out the Muslim Student Association (MSA) and use their on-campus prayer room. I prayed five times a day– as prayer is mandatory and the least you can do as a Muslim– but I would usually do it out in the open (something I never would have done before college). I began going there to pray every day, and I was not the only one. All the Muslim students on campus would congregate in this small room to pray together and I felt a sense of community and brotherhood that I never felt before. It was the community I always lacked, made up of people who understood me and what I represented.

I began enjoying my free time on campus rather than rushing to leave after my classes were done.

The MSA would have gatherings every week for us to hangout and eat, small classes to learn more about our religion and social events like bowling or bonfires on the beach for everyone to enjoy. It became hard for me to even get work done at school because I would find myself having too much fun with friends, which wasn’t necessarily a bad thing. I was now a part of something beautiful that I knew I always wanted but didn’t know how to get.

SDSU opened my eyes to a whole new realm of understanding and acceptance. It proved to me how welcoming people can be and how important it is to have a place of comfort on campus. Somewhere you can go to find a support system in friends, people similar to you in interests, major or even ethnicity. I started out my college career alone and self-alienated, but the Muslim community gave me a home. Now I am studying what I love, I have beautiful friends who actually care about me, I go to SDSU and I am content in life because of my religion—Islam. 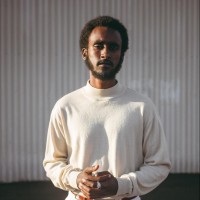 Bilal Mohamed is a student of Comparative Literature at San Diego State University. He is a writer of many forms, from poetry and prose to screenplays and music. His main career goal is to simply be able to make money from writing creatively and doing what he loves.

How to Become a CPA
Next Post: 10 Things to Know Before you Spontaneously Move to Europe