You are here: Home / Career / How to Quit a Job Without Burning Bridges

Legendary football coach Vince Lombardi once said, “Winners never quit and quitters never win.” I have a feeling Mr. Lombardi was never a grocery store cashier, because in that case, quitting is winning. Well, as long as you do it right. Whether you quit your job for a better opportunity, personal matters or any number of reasons, you’ll need to know how to quit without burning bridges on your way out.

If you don’t know how to quit anything because “This isn’t a family of quitters,” according to your father, don’t worry. We can help.

Step 1: Plan How to Quit

All professional quitting stories begin with a plan. And step one is to make sure you have another job lined up. When looking for another job while still employed be as discrete as possible.

“I’ve looked for jobs on company time before, but didn’t tell anyone. Word travels fast in offices,” said Ronnie LaRosa, a manager at Shopko Stores.

Try to avoid taking days off for interviews and such. Even if you know you can barely stand another day in your workplace, keep working hard and giving it all you’ve got. You won’t burn bridges with your boss or your coworkers if no one has to pick up your slack until you physically aren’t there anymore.

Once you know you have to go, your next step of your plan is to allow enough notice. Jamie Carvey Lang, a career advisor from the University of Iowa said two weeks typically works for your notice of resignation, but some circumstances require more time. “When in a position that is expected to be temporary, two weeks notice is typical. When in a longer-term position, give as much notice as you can to allow the company time to fill the position. On average, it takes companies 60 days to hire a new employee, so this will give them time,” Lang said.

Lang also stressed the importance of a written form of your notice for your employer’s files, but the exact form of writing and delivery will vary based on how well you know your boss. “Depending on the nature of your relationship with your boss, it can be given in the form of a letter left on their desk, face to face conversation with a letter so they have it in writing, or even an email. As long as they have something in writing,” Lang said.

When it comes to quitting, it will never feel like the right time. Before the shift? Makes for an awkward shift. After the shift? Seems disrespectful. “(Quitting is) very situational based on the type of relationship you have with your superior. If the job is more contentious, wait until after the shift to allow more breathing room and time. But there really is no good time,” Lang said.

Essentially, you need to get them your letter of intent to quit in some way. That might be leaving it on their desk, in their mailbox at the office. Find a way that it gets to them. If you don’t hand it to them directly, find them at some point and tell them that you left them a letter with your two weeks notice.

Never apologize for quitting (as long as you do it respectfully and professionally). You’re not doing anything wrong for moving on to bigger and better things. “Carry yourself with confidence and don’t listen to your manager trying to guilt you into staying,” University of Iowa freshman Lauren Guild said.

If not executed properly, quitting can turn into a nightmare. Take Seton Warren, a freshman at UI for example. Seton was a concession stand employee at her local movie theater for one week before she wanted to quit. Rather than putting in a two weeks notice and quitting with dignity, Seton decided to call in 45 minutes before her shift and quit over the phone, effective immediately. Bold move Seton.

When asked if she regretted not giving more notice and quitting respectively, she said she had no regrets. But she did add, “I would go out of my way to not walk past the movie theater after that.” Clearly Seton could have avoided this by either not rushing into taking the job in the first place or by putting in a two weeks notice so they wouldn’t be short-staffed that day.

Step 3: The Aftermath (not the Dr. Dre album)

Now, to the most important part of quitting—and the most difficult. Not burning any bridges on the way out.

When Seton left her job, she could’ve been charged with arson for the way she burnt that bridge. Just kidding—but she probably left a bad a impression on her former employer. But take John Loran, currently living in Florida enjoying retirement, as a better example.

Loran was employed at an investment firm who had a very toxic work environment. “They never treated us with any respect. I was threatened with termination all the time so I had to get out of there,” Loran said. But this is where the story takes a different turn.

When John left, he didn’t burn any bridges. He quit using with a handwritten letter to his employer explaining why he was quitting and plenty of notice. A couple of years after he quit, his former manager reached out to him and asked to meet with him for lunch to catch up.

John and Ernesto have been good friends ever since. They meet all the time for lunch or for drinks and remain very good friends to this day.

You only stand to gain good things from not burning any bridges and simply quitting respectfully, both personally and professionally. You might even get a solid reference letter in the future (1–2 years after you’ve quit).

If you do decide to burn a bridge (and to each his own) just know that you’re missing out on potential friends, references and future career opportunities. But if you think it’s worth it, you go ahead and throw a fit. Throw all your manager’s stuff off his desk. Yell into the PA system. Go crazy. Just know what you stand to lose. If you decide to be professional about quitting, the benefits may flow for you or they may not. If they don’t, at least you’re quitting with your dignity and you’ll forever be remembered as the guy who just… quit. Like a normal person. 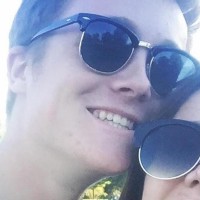 Hey all! I'm Nate, and I'm a freshman at University of Iowa. I'm originally from Milwaukee, WI and love writing poetry, short stories, and articles. I'm also a sports enthusiast, and just enjoy having a good time!

10 Things to Give the Musically Gifted Friend in Your Life
Next Post: 10 Ways to Find Off-Campus Housing at Temple University Like a #Boss