Before you cuddle in bed with your boys, Ben & Jerry, and cry about the latest person who doesn’t want to date you, read this guide. And don’t feel alone because I know your pain. The only romantic walks I make are to the fridge.

Understand That Not Everyone Wants to Settle Down

This reality wracks the mind of countless heartbroken college students, but the reasoning is very simple: You’re in college, surrounded by thousands of people your age who are eager to party and experiment. Not to mention, there’s no ban on bringing guests into your bedroom.

With such liberty and exposure to different people it’s understandable why students don’t want to settle down. There’s almost no shortage of people you can have fun with. You may not agree with this lifestyle, but it exists.

If he didn’t text you after your sleepover two weeks ago, it wasn’t because he was caught up with midterms. Sorry. People pursue things they want, and unfortunately, he didn’t want you. Yes, the truth hurts, but being realistic is the only way to navigate college’s hookup culture without getting hurt.

Go into every hookup without expectations. Regardless of the outcome, you won’t get hurt. When you’re making out against a wall at a party, it’s likely you won’t see each other after the night. If you get a number and something more develops, great! What a pleasant surprise! If your lover for the night falls off the face of the earth afterwards at least you won’t be devastated.

Don’t Hookup With A Floor Mate

This is the fundamental rule of freshman year that everyone should follow.

You will see them for the rest of the year and it’ll be awkward. There are some exceptional stories that may prove otherwise, but spare yourself a year of torture and just don’t do it. Please.

Branch Out of Your Greek Comfort Zone

Greek life is small and word will spread. Being the house sweetheart is not a badge of honor. It’s unlikely that anything negative will happen, but people talk. You don’t want to be stigmatized.

When two brothers high-five each other, exclaiming, “Eskimo brothers!” that’s not an illustration of how you strengthened their brotherhood. It’s a sign that you’re the butt of their joke. That isn’t funny for you.

Boning a big and little is too close to home for everyone involved. Strategize to spare yourself the humiliation.

Know that Not Everyone Sucks

Did you get burned by a frat boy? Move onto the other five thousand potential suitors in your school.

Following a fallout, it’s natural to feel blue. You had fun and it sucks that it’s now over, but you can’t get caught up on one failed hookup. The time you devote to feeling upset is the time you lose meeting someone new, someone much better than that jerk.

There are so many different types of people on campus who all have great qualities to offer. The quiet, studious ones would never intentionally hurt you. Sure, goobers aren’t the life of the party, but they’re probably not banging a different girl every night of the week.

Learn from Your Mistakes

Your relationship, friendship with benefits, whatever it was did not work out for a reason. It’s important to take the time to learn from the situation, so you can avoid similar drama in the future. If you don’t figure out what that reason was, the same complications will repeat.

Clear expectations of what you want from a hookup will set the foundation for a positive future experience.

College is not the real world, so have fun, make mistakes and learn from them.

There are only two ways you can approach the hook up culture – accept it or reject it. If you have a significant other or aren’t into kissing strangers, that’s fine. In fact, that’s terrific. You’re confident enough to resist the temptation. 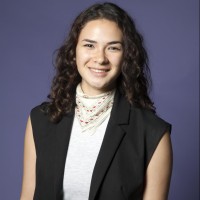 Nisha Stickles is a sophomore studying magazine and marketing at Syracuse University. Functioning off of coffee and Chipotle, Nisha aspires to be an editor for a woman's magazine.

The Drunchies: How to Kick the Habit
Next Post: The 8 Most Unconventional Clubs at Penn State