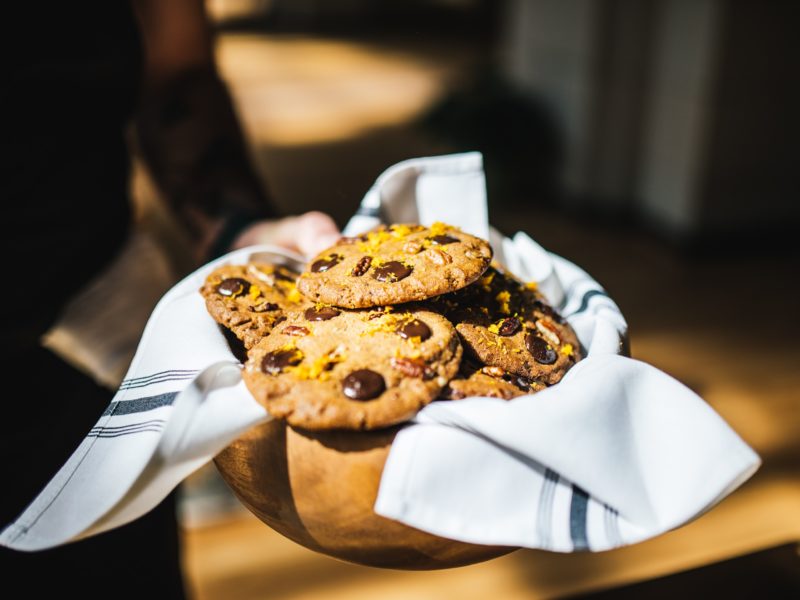 My First Boss Liked to Come to Work as Naruto Sometimes

This might sound crazy, but my first job ever was as if you took all the rejected characters from “The Office,” and put them in a room together. No, really.

There was the 35-year-old kitchen staff member who wore Grinch Christmas pants and a biker’s bandana to every shift. He liked to play ‘closing time’ at closing time and encouraged me to watch Rick and Morty at work.

There was the younger baker who blasted tribal music throughout the restaurant and identified himself as ‘volunteer homeless.’ He once taught me how to count to four because he thought I didn’t know how. (Thanks, Cody. I couldn’t have done it without you.)

There was also the delivery boy who refused to use a car, the kid who liked to show up plastered to every other shift and the many other college kids who were just trying to get through the night.

And then there was my boss.

He once came to work in a Naruto costume, grabbed the lightsaber from behind the counter (don’t ask) and then pretended to fight customers before he gave them their order. He also didn’t tell them he was the owner until after the battle was through. I miss him.

This was life at Gainesville’s one and only Cookiegazm. May she rest in peace.

A shift at Cookiegazm meant coming home at 3 a.m.. It meant the smell of old and dough would stick to my hair and clothes like a clingy boyfriend. It also sometimes meant weird phone calls at the front desk from customers who thought we were a sex-shop.

I didn’t want to work there at first. I was scared of how the word “Cookiegazm” would look on a resume. I was worried why the menu items were called ‘Dirty Blondie’ or ‘One Night Stand.’ I’m pretty sure my parents thought I worked at Midnight Cookies the entire time.

The pay was only okay, I had to deal with drunk people all the time and someone once called me “ma’am,” but hey, it was a job. And it was mine.

I’m going to be honest. Balancing work, a sport and academics during my first semester of college was a bit of a mess. I forgot that getting a job meant, well, going to work. Being productive. Doing things.

Getting off a 3 a.m. shift and then heading to a 5:30 a.m. rowing practice wasn’t pretty. This job taught me that. It’s not fun to guide a bunch of sleepy girls across an alligator–infested lake while you’re still mentally trying to shake off the fact that your boss came to work as Naruto for the third time that week. These are things you can only learn through experience.

Your first job is always one for the books.

I can truly say that with confidence now. As crazy as it was, Cookiegazm will always hold a special place in my heart. A bad Yelp review about me forced me to improve my customer service skills and taught me to take criticism. Disapproving 40-year-olds who brought their children into the store taught me that sometimes it’s best to get the manager involved. Orders running late, people tapping their foot in line and an overwhelming amount of phone calls helped me learn how to cope with crazy stress, and that’s a skill I still use to this day.

When I was much younger, I always expected my first job to be some cute little office gig. I’d walk in, greet all my coworkers and get to work writing an article or crunching some numbers.

I’m so glad my first job went nothing like that.

Cookiegazm was more than just a late-night dessert restaurant for drunk people to stumble into at 2 in the morning. I don’t mean to be dramatic, but it was a home. I found friends there and made memories to last a lifetime.

I still haven’t tried Midnight Cookies, Insomnia or NightOwl—and you won’t catch me there anytime soon.

I’m a sophomore in journalism at the University of Florida. In my free time, you can find me on a lake with my rowing team, collecting new exotic houseplants, or sleeping in a hammock on campus.

Previous Post:Q&A with Iconic Composer Eric Whitacre on the Virtual Choir and his 2019 Interactive NAMM Show Performance
Next Post:21 Things to Do in Gainesville When You’re Under 21