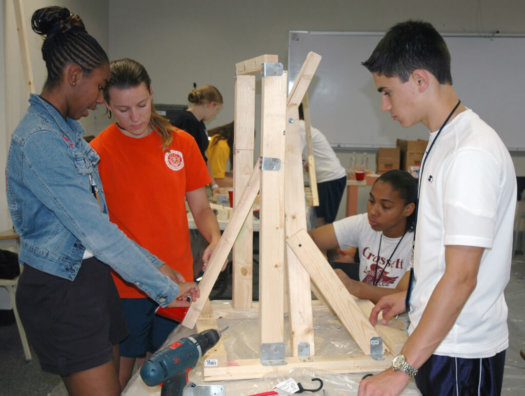 The day felt like any other day in class. My Biology Lab professor droned on about cells or STIs or something while I kept glancing at the clock above her head. 20 minutes left. I wondered if I could make it to the student union before that afternoon lunch crowd took over. Man, I would love a bagel with—

What? I’d known about the project coming up, but we had to work in groups? “…for the next ten minutes, I’d like you all look at the list on the board and find the group members I’ve pre-selected you to work with. Exchange numbers and figure out which STI you’ll teach the class about,” my professor finished, while taking a seat and watching us expectantly. In my mind she also steepled her fingers and laughed maniacally, witnessing us all flounder.

In my second semester at a university, I’d dealt with group projects enough to know they could either go really well or they could go down like the Titanic, mercilessly dragging you and your grade down in the process of sinking. I already hated group projects. But I tried, like I always do, to go in with a positive mindset. Who knew? Maybe this time it’ll work out differently.

I walked up to the board and found my name under Group E and asked around until I found the group already mostly gathered. Everyone sat staring at each other for a moment, so I decided to jump in first and introduce myself. I forgot everyone’s name as soon as they said them. But we started passing our phones back and forth and exchanging numbers when the professor quieted everyone down again.

She began stating which groups would research which STIs, “…and Group E will gather information about HPV. You’ll all find the data and statistics you need to gather listed on our course website,” and with that, she dismissed us.

We took a moment to decide which person would do which section and decided we’d just give the missing person the last section that we hadn’t picked. I immediately latched onto the section about how a person contracts HPV. We also decided that we might meet twice: once to just touch base and then once more to put all of our information together and figure out how we’d present it in class. After we disbursed, I made sure to mention to the professor that we had a no-show and she gave me his school email.

The the next week went by without any of us contacting each other or speaking to one another in class. We now had two weeks left. After class, I sent out a group text asking when we’d all like to meet up and everyone agreed to meet at 5pm on Wednesday. Not having class on Wednesdays, I managed to make it to the library at our agreed time pretty early. Around 4:30 I sent a text to remind everyone. Immediately one girl said she couldn’t make it because she’d mixed up some things in her schedule.

She got cool points from me for actually notifying everyone that she couldn’t show. Because after an hour only one other person in our group of five came to the library that day. And no one else said a word. The two of us that were there talked a little bit about what we’d done already, but quickly wrapped it up with no one else to add anything. As I walked away I felt disappointed, but not surprised. “MaYbE tHis timE it’Ll wOrK ouT DIfFeRENtLy,” I mocked my earlier optimism under my breath.

The next day in class, our professor mentioned that we now only had one week left. Meaning that the very next class we’d have to start presentations. As expected after class our group text suddenly pinged relentlessly with worry about how fast the project had “snuck up” on us. Also, our missing person, who hadn’t shown up to class in weeks or answered any of my emails, finally joined our group text and announced that he would do the section of the project about how to contract HPV. Instead of making him choose something else, I chose the last section no one else had picked: signs and symptoms of the HPV. I just thanked the universe that he even existed.

Our group text soon went silent again. I decided to make a Google Doc that everyone could type their section of the assignment into on their own time. Everyone thanked me. I think they were just relieved that they wouldn’t necessarily have to commit to a meeting before class. We still needed to print it though and I agreed to hold responsibility for the printed document that would actually get turned in. I checked the document on Google every few hours to see if anyone added anything. Only the two of us who had made it to the library meeting had our sections done.

The night before the presentation our group text came alive again. Everyone seems to scramble to get their sections done—asking questions about how exactly this or that should look in the Document. I wanted to just ignore everything. But I stayed awake until 3am when the last person inputted their section into the Google Doc—even the guy that seemed to only exist in spirit—then edited it to make sure it looked cohesive, like we’d really worked together and not like we’d only just thrown the whole thing together the night before. At 11am I headed to class tired, paper in hand. I remembered that we’d have to all get up and actually speak about the STI, when I saw all the groups in the class huddled together practicing what they’d say. Finding my group, we all had a nervous energy, but we just agreed to pass the paper around and talk about the main points we’d each worked on.

Only one problem—the missing guy still hadn’t showed. He’d filled out his section though so I volunteered to read off his main points. We sat through a couple perfect presentations, which only made us more anxious about the garbage we were about to present, when suddenly—our turn came. We shuffled to the front the class slowly and I started to robotically stutter through what we knew about HPV when the door opened and a guy with a man-bun and cutoff jeans walked in.

“Hey guys, sorry, I’m late! Did HPV group go already?” So he did exist. The professor motioned over to our group and we waved him over. I started to give him the paper, so he could see his part to say, but he waved it off and talked like he knew the HPV like the back of his hand. As the rest of our group went through our parts he would jump in if we seemed to flounder or get lost. He literally carried that presentation. He even cracked jokes. To say the rest of us in the group were shocked doesn’t quite cut it. When we finished up in front of the class, we all sat down and just looked at each other shaking our heads and laughing.

We got an A+ on the assignment. And I swear I hardly saw that guy again. I think he showed up late for the final exam. Probably aced it. Anyway, the moral of the story probably has something to do with expecting the unexpected, right? Or maybe always staying positive? I think I took away that things usually work out in the end. I don’t know. I think I still hate group projects. 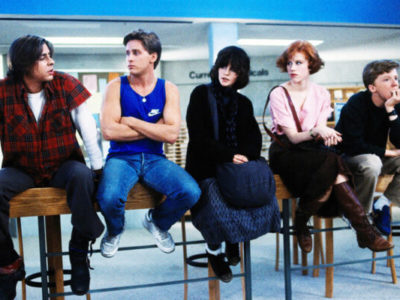 Is Your Group Project Giving You Nightmares? 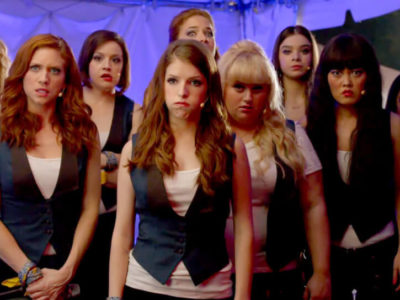 Previous Post:10 Career Goals to Help Deal with Your Senior Crisis
Next Post:CM’s Guide to the Printmaking Major