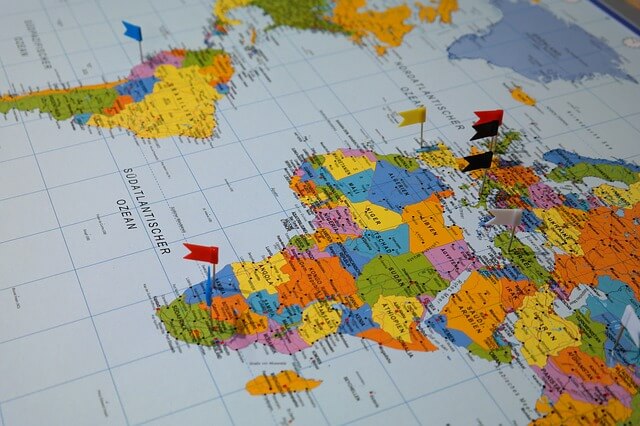 Florida, Texas…Germany, Japan? A TCK’s Guide to Answering Where You’re From

To most college kids in the U.S., the question, “Where are you from?” is a convenient and quick icebreaker to get a conversation started. For kids like myself, who have grown up or spent long periods of time in other countries, this easy question can spark panic or frustration. Anxious nerves set in as you try to figure out the best way to answer, all while hoping not to come across as pretentious or long-winded. While answering “everywhere” may work for many military/TCK/international kids, there are a few of us to which this just doesn’t seem to apply; I’ve only lived in Panama and Germany. So then, how do you answer this seemingly simple question without falling into a muddle of half-formed sentences or running in the opposite direction?

As international kids are used to adapting to new cultures and situations, it’s a good idea to put those observation skills to work. When talking to someone new, it can be useful to quickly analyze the specific situation. Is this someone trying to start a conversation or are they just looking for a quick one-line answer? Are you talking to a peer or is this a formal setting? Getting a quick idea of the context will allow you to easily decide how best to answer without giving off the wrong impression or ending up spending way more time on it than you anticipated.

Develop a Tiered System of Answers

Usually, with such a unique upbringing compared to most kids in the U.S., an overseas kid’s upbringing can often be described in different ways, some more detailed than others. Use this to your advantage and figure out ways to describe your own history with different amounts of detail. When I’m talking to someone that I know I probably won’t meet again or it’s a really fast conversation, I usually respond that I’m a military kid who grew up in Germany. While technically not completely true, its clean, quick and to the point. You’ll always have the opportunity later to explain further if you get the opportunity to talk to the person more in-depth. In contrast, if I’m talking to an instructor or teacher, I normally explain my parent’s situation in Germany since professors are more likely to know about obscure programs like the military schools overseas.

When faced with talking to a new people about where they’re from, many overseas kids admit they’re nervous of being seen as pretentious or indifferent due to their often-extensive travels. With upbringings filled with finding world peace in MUN or traveling for sport conferences, your life is vastly unique. Instead of wasting breath and possibly appearing overly smug in your lengthy attempts, take a moment out of your story-telling to ask the other person questions about her life. This takes the spotlight off yourself and more importantly, allows you to learn someone else’s story. Soon you’ll be swapping stories and discussing broader topics, rather than focusing exclusively on one side’s life story. Not only will you learn about a new perspective, but you might even make a friend.

One aspect I didn’t anticipate when going to college was the discovery that the more complicated your history is, the less likely someone is going to remember the specifics. You’ll find yourself repeating your story often to the same people as they attempt to understand just how life was for you. Rather than getting impatient, calmly repeat yourself and answer any questions they have (no matter how many times they’ve asked them in the past). People will come to appreciate your patience and the opportunity to learn something new about a youth culture they may have never known about before. The more you spread the word, the more likely that the overseas kids that come after you won’t have as much trouble with this question. Overall, don’t give into frustration no matter how tired you are of hearing the same responses. Always look at the conversation as an opportunity to teach someone and also learn about their experiences.

Previous Post:CM’s Guide to the Film and Digital Arts Major
Next Post:How to Conquer the FSU Career Center