Abraham Lincoln Taught Me That I’m not Ready for Dating

My mom’s always told me to never like a guy more than he likes me. “The relationship will never work,” she’d said. The problem was, I’d never met anyone like that. In high school, I watched my friends get asked out to prom and go on dates. I was convinced that I’d spend my life alone, knitting sweaters for a cat. I was not too far from this reality. I already had a cute name picked out for my future cat (Corduroy). This all changed when a boy I used to ride the bus with asked me out. It took two months for us to meet up (given that he lived in Massachusetts and I in New Hampshire).

But we met up, and when we did, I ran into a brick wall.

Cue the sunshine, birds chirping and couples strolling hand in hand down a quiet street. A girl in a blue and white chevron dress stares at her phone. She busied herself with a bubble game to avoid the clock. They agreed on noon. Her fuchsia-stained lips and drug store foundation, one-shade-too-light for her, felt sticky. The girl’s Saturday night stints with trashy rom-coms make her all too familiar with this scene. Let’s call the guy “E.”

Once she eyed his navy T-shirt, all prior irritation of his tardiness vanished.

The girl wasn’t that dumb. In the back of her mind, she knew that he wasn’t excited to see her. She made a mental note to keep the smiling to a minimum.

“What’s good here?” she asked him.

“Everything.” He fiddled with his debit card.

The barista called out to the young pair.

“A bagel Margherita please,” the girl said. She read through the menu night before.

Worried about expecting too much from him, the girl insisted that it was fine and she’d pay for her order herself.

The boy glanced at the carpet, and the barista smiled.

People definitely think we’re on a date. This is so exciting.

The two found a table outside the café while the girl replayed the scenes in her head.

E checked his watch and shifted in his chair.

“Should probably go check on the food.”

“It’s only been two minutes,” she wanted to say. But “okay!” came out instead.

This should have been a clear sign. Arriving late, finding reasons not to sit with her, one-word answers. He probably saw her as a friend and felt bad about prolonging the plan to hang out. It was his initial suggestion. She declined his offer and insisted on a rain check. In between silences and, she learned that he was living in Holyoke, still playing piano but not as much, and going to Denmark in the spring.

“So cool!” she said to everything he said.

“And what about you? How’s Smith so far?”

The girl said she was super excited for the year.

He tapped the table with his fingertips. The girl didn’t know what to do or say. She told herself that this was going well. First dates are always awkward right?

“Gotta go to the library.”

The girl said she hadn’t been there.

“Can I accompany you?”

It took them five minutes. E’s long stride kept him two feet in front of the girl. No one would have thought that they were together.

Once in the library, the boy made a bee-line for the stairs.

“Looking for anything in particular?” she asked.

“Abe Lincoln,” he said to the stack of books.

Taking note of the floor, the girl said, “What a great place for a picture.” They stood on ceiling lights. It must be fate. She was convinced that something was going to happen.

She snapped a photo of him running away from her.

“Camera shy?” she asks him.

As they made their way downstairs to the circulation desk, a girl in a Pinterest-worthy outfit walked passed them. She smiled at E, and E smiled back. The girl felt like the dowdy sidekick intruding on a cinematic “meet-cute.”

At the circulation desk, the library clerk asked them, “How are you guys today?”

“Good! Fine!” They said at our own tempos. Each response collided into each other.

When they left the library, she turned to E and said, “One picture?” The brief moment with the Pinterest girl told her that it was a lost cause.

“How will you remember this day?”

“I have a pretty good memory.”

He held out his arms towards me, inviting her into a hug.

“I have to get back to my house,” I said. It felt like a wildfire tore through my make-believe parade.

After that, I told myself I’d leave him alone. A few weeks later, we went to a piano concert together (that I invited myself to). I spent those two hours catching up on sleep.

As a junior in college, I think back on this memory and I cringe every time. My desire to be liked by a boy put me in such an awkward situation that it made me look stupid. Back then, I wasn’t ready for dating. E was more interested in the life and times of Abraham Lincoln than in me. Today, I’m still not ready to date. And you know what? That’s okay. For now, knitting and rom-coms work for me. 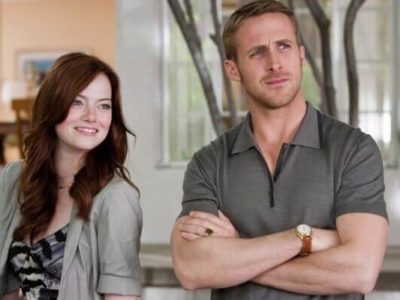 CM’s Guide to the Athletic Training Major
Next Post: Trading Out Puppies for Words: Do I Really Want to Be an English Major?