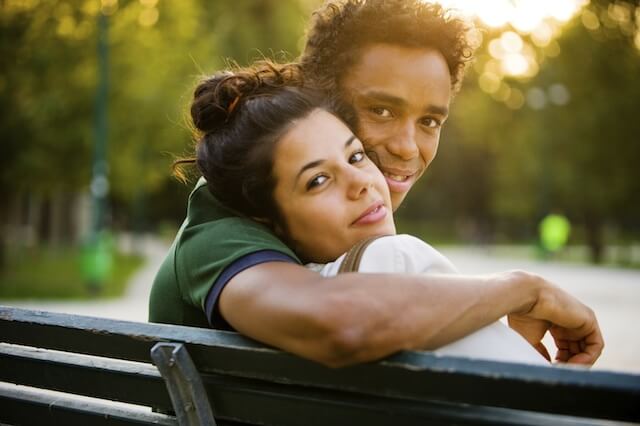 As young children we were taught to accept everyone for who they are, no matter gender, ethnicity or skin color. Stereotypes were not in our vocabulary and any kid was just another person to play kickball with. But that somehow seemed to all change as we grew up and entered in the “real world.” Our fantasy of loving everyone became a harsher reality when racial tensions hit the fan, especially in the dating scene.

One Thursday night at the beginning of fall semester, I went out for drinks with my roommates and twin sister. I ordered my traditional vodka Red Bull and started moving my hips to the tracks that the DJ was laying down. Suddenly my sister turned me around and introduced me to a guy she trains at her gym.

He was exactly my type. Physically fit, muscles everywhere, piercing hazel eyes and a perfect smile. He wore subtle but alluring cologne. As I went to go shake his hand I felt a sense of nervousness I never experienced before. As the night went on we talked, and got to know each other, and once we started dancing nothing else seemed to matter. Now ladies, I’m sure we can all relate to this night. You forget all the boundaries you set up for yourself and give into whatever you feel is necessary to keep talking to a guy.

It was weird how things started falling into place. I just recently had a bad breakup and still thought I was in love with my ex, when in reality I knew I had to move on. At the end of that night my guy gave me his number and asked me to give him a chance to go out on a date.

A week later I found myself texting him every day and sharing things that I wouldn’t even share with my best friend. I was getting too comfortable with this guy, and so I played it cool and made him wait to hang out with me for the first time. It wasn’t until two weeks after we met that we finally went out on a date.

My mother traveled over from Thailand to the United States when she was sixteen years old and still identifies herself as a citizen of Thailand — not an American. She has kept up with the traditions, teachings, dressing and mentality of the Asian culture. My mother raised me to be a strong and independent woman and has shown me the right and wrongs of the world. But my mother always had one rule which was, that my sister and I were not allowed to date black guys.

My mom would say, “In this country black men are nothing but trouble.” My mom is such a kind and sweet woman, so you can imagine how I felt when she’d rant on about the subject.

As I sat there thinking, the ding of his water glass brought me back to the conversation. “What about you? What is your family like?”

I didn’t know what to do because I didn’t want him to hate my mother. But then I thought, maybe he’s gone through this before. Surely my mother isn’t the only one who has been misinformed that this is the 21st century and mixed couples fall in love every day. I decided to hold back from the controversial issue because it was only our first date and I didn’t want to scare him away.

It’s been three months now and I have never been happier in my life. It was an awkward conversation for both of us but I finally told my guy how my mom really felt about us. I was scared that he wouldn’t have taken it well but he surprised me and ended up saying, “It is what it is. Just as long as you like me for me, that’s all that matters.”

My mom is still against me dating someone who isn’t white but I have stood my ground and told her I will date someone based on how happy he makes me and not based on his background. I face the same discrimination everyday, so in what world does she have a say that I can’t date someone of color?

My advice is this: Don’t be afraid to stand up to the ones you love, especially if it’s your parents. They know that you love them but when it comes down to it, you’re the only one who knows what is best for you. Experience life, take risks and love whomever you want to love. We’re young and this is our time to figure out what and who we want.

Wanting to change the world with my words, senior, journalism, Penn State University

Previous Post:CM’s Guide to New Year’s Eve
Next Post:What We Learned in 2014