You are here: Home / Campus life / University of Florida / ADHD or the Enemy? At Least My College Helped Me

The CDC estimates that about 6.1 million children in the U.S. have ever been diagnosed with attention deficit hyperactivity disorder (ADD or ADHD). But I see something missing in this figure. What about the kids who grow up experiencing symptoms of ADHD but never receive testing or a diagnosis? The ones unable to seek the help they needed.

Well, I was one of those kids.

It wasn’t until the end of my sophomore year of college that I decided to get tested for ADHD, a condition I knew I possessed for a long time undiagnosed. Why did I take so long to get tested, you ask? Well, I thought no one, not even the doctors, would believe me because my parents didn’t believe me. This feeling of apprehension consumed me; it convinced me to believe that doctors would think I lied just to get a hold of prescriptions for Adderall or Vyvanse, two widely sold drugs among college students.

Most people, especially college students, like to joke about suffering from ADHD because they find themselves getting distracted–usually by a phone or nearby friends–as they study studying. Although, ADHD means more than simply feeling distracted, acting impulsively or performing poor academically. Hence, the reason my parents didn’t take my ADHD seriously. Unlike my brother, I performed well in school. However, I enjoyed learning and he didn’t, yet my parents tested him but not me; while his positive diagnosis didn’t prompt them to pursue further treatment, my parents still believed in his condition and not mine.

So even diagnoses for mental health problems are sexist? Great.

Despite doing well in school, I know I performed below my academic potential. My frustration festered over the years. I grew tired of taking three hours to watch a Study Edge video that my friends took one hour to finish. I grew tired of reading a textbook page twice because I failed to concentrate the first time. I grew tired of constantly misplacing my belongings that I just held five minutes ago. I grew tired of not following directions correctly because I forgot them. On top of all that, I grew tired of losing focus on important assignments or deadlines due to aimless thoughts.

The dissatisfaction I felt regarding my mind took a toll on my self-esteem. I felt like an idiot with a stupid brain that couldn’t think as quickly or remember as well as a normal brain could. I recall feeling so overwhelmed from academic pressure that I’d occasionally lie on the bathroom floor and sob. I felt so angry that God, who made me “fearfully and wonderfully,” decided to give me an imperfect brain. I tried fighting the constant influx of aimless thoughts, or “the enemy invading my mind,” as my Christian parents called ADHD. Nonetheless, it felt impossible just trying to stop the overflow of unnecessary thoughts. This wasn’t a spiritual problem, and I just wanted someone to believe me. To believe my battle with ADHD burdened me.

I decided enough was enough.

I requested ADHD testing from the University of Florida Health Care Center, and they redirected me to the Counseling and Wellness Center (CWC). Finally, I booked an appointment. I figured if they said no, at least I could say I tried. I waited about four months–yes, there was a long waiting list–to undergo a psychological evaluation at the center. I remember feeling so nervous when testing day arrived. Indeed, I anxiously paced outside the building wondering whether I should even go in. I waited my whole life for this moment, and it finally came. F-ck it.

I told myself I wouldn’t cry in that office. But, the psychologist who evaluated me definitely witnessed me cry several times. Even while recalling emotionally painful memories, I never felt more accepted. Like finally, someone wanted to listen to me! Someone recognized the struggle I endured for years. Someone wanted to help me overcome this battle. Someone that happened to work for a department funded by my university.

The fact that the University of Florida (UF) provides resources like the CWC and promotes initiatives, like U Matter We Care, means so much to me.

These colleges dedicated to students’ mental health, well-being and academic success advance awareness for social altruism and profoundly impact our generation. I didn’t even realize the numerous resources my college offered its students until I perused several websites dedicated to student care. Whether a small conversation or a psychiatric appointment, UF goes the extra mile for its students, and I now recognize how grateful I am to attend this institution.

Although my official ADHD diagnosis paved the way for acquiring the appropriate medication, I received something more important. Along with gaining access to a slew of CWC resources, I gained a sense of importance. I know my parents love me very much, but all I needed them to believe me. To believe that I battled something inside my mind, which I couldn’t control. Fortunately, someone at UF believed me, and I think that different response truly helped me overcome my ADHD.

Now, I am taken seriously. I am not undermined for thinking too much. I am not forsaken. And I think that was all I really needed. For someone to believe me. 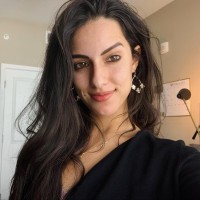 10 Signs That You’re a True TWAMP: Typical William & Mary Person
Next Post: 10 COVID-19 Safe Things to Do in Philadelphia, PA