This past weekend I stumbled across an *NSYNC YouTube video and it got me feeling quite nostalgic. I started to daydream of those elementary school days where my biggest problems were what I would have for lunch or if my folder was the right color? The days where my best friend and I would spend hours on end watching our favorite band’s concert and lip-synching to every single song. This daydreaming made me crave a little “old-school” pop and hence this playlist was born. This is my ode to the 90’s (and early 2000’s) boy band.

Full disclosure, I was and still am a diehard *NSYNC fan. This song was the beginning of it all for *NSYNC and therefore guaranteed a spot on this list. The best part is I have something to hold on to until the boys come to their senses and reunite.

2. As Long As You Love Me, Backstreet Boys

Though my loyalties lie with ‘N Sync, I cannot deny the awesomeness of this Backstreet Boys hit. And really what preteen girl could resist the cuteness that was Nick, Brian, A.J., Howie and back then Kevin?

The boys of L.F.O. were never as big as the Backstreet Boys or ‘N Sync but they still had a couple of hits and this one is definitely their best. It’s also a perfect song if you’re feeling nostalgic with lyrics about Macaulay Culkin in Home Alone and Fun Dip.

It’s hard to remember, but there were days when Nick Lachey wasn’t hosting The Singing Bee or answering Jessica Simpson’s stupid questions on the Newlyweds. Back then he was one/fourth of 98° and I’m not going to lie, I liked him a whole lot better then.

We can always count on Britain to bring great music across the pond. Unfortunately for BBMak they were really a one-hit wonder in the states, but their one hit is definitely worthy of a spot on this list.

This band may have come together on MTV’S Making the Band and only stayed together for 3 years, but O-Town had some serious boy-band appeal. Plus, this song has become somewhat of an anthem for momentous occasions such as X Factor tryouts.

Way before the Jonas Brothers got on the scene, there was another trio of brother topping the pop music chart and their name was Hanson. Listen to this baby once and I guarantee you, it will be playing in your head all day.

Yes, I know the Spice Girls aren’t a boy band but they were one heck of a pop girl band. Not to mention this playlist is seriously lacking in girl power and who represents 90’s girl power better than Sport, Baby, Scary, Ginger and Posh. 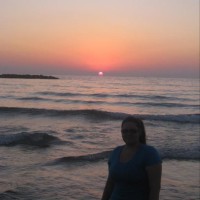 Previous Post: « The Art of Black Friday Shopping
Next Post: Lay Down Your Bets: NFL Picks for Week 11