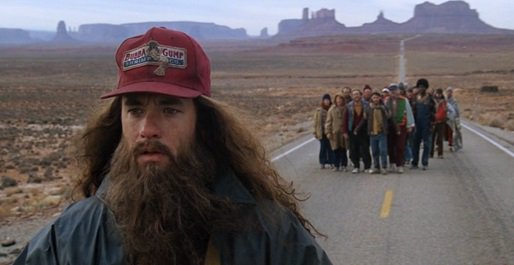 10 Struggles That Throw Runners Off Track

Blood, sweat and actual tears. No, you’re not in a war zone; You’re just running. Imagine bloody blisters on your feet and sweat dripping into your tear-filled eyes after realizing it’s only been 10 minutes since you began your run. If Khloe Kardashian can claim she loves running, we can try too, right? Runner to runner, let’s be real about our struggles and share in the joys and pains that all come with the infamous exercise.

1. Those Who Pace Win the Race

“Slow and steady wins the race.” Eh, that’s debatable. But runners do need to find a pace that works for them and try to stick with it. If you go too fast on a long run, you’ll wear yourself out before the third mile. Then again, if you start too slow on a short run, you won’t get the same level of intensity for your workout. Take time to test out and discover your own rhythm. “Longer runs are easier for me because I don’t feel as much pressure to have a fast pace because I’m running extra long,” University of Tennessee sophomore Kaitlyn Golding said. How about “Those who pace win the race!”

2. Pizza is Not Your Friend

Ever heard the saying, “you are what you eat”? As a runner this pretty much sums up your life. “Having to eat healthy before a meet, like not being able to mindlessly eat dessert–it’s so hard,” Montgomery College sophomore Abbie Wikner said. That Five Guy’s Bacon Burger seems like a good idea at lunchtime, but it’s not going to feel so good when you puke it up during your afternoon jog. Then, after your run, you feel as if you’ve been deprived of food for a year. How is this possible? The world may never know.

3. Finding Excuses to Take a Break

Don’t be fooled if you spot a runner intensely stretching at a stoplight when waiting to cross the street. Even if they could easily just cross on the other side that’s traffic free, this stretch break is obviously much needed. Though runners never admit it, deep down they jump at any excuse to take a break–sometimes even without realizing it. “My shoe feels slightly loose, I better retie it!” “Hm, I really should stretch my calves again for the eighth time this run.” “I’ll take this free time to braid my hair in an intricate double French braid that’ll take at least 10 minutes to complete.” You see what I mean…

4. Shin Splints Why Must You Haunt Me

Running low-key destroys your body. Constant pounding on hard surfaces takes a toll on your muscles, bones and ligaments. One of the most common injuries among runners is the dreaded shin splints. Once you experience them, trust me, you’ll know. Rest is the only cure, which puts a damper on any training plans. But, hey, another excuse to take a break, amirite?

Just like Cinderella had to find the perfect shoe to fit her foot, you need to find the perfect playlist to fit your run. Maybe you like to rock out to EDM and Top 40 hits during your run, or maybe you like to slow it down with some Mumford and Sons (don’t underestimate the motivational power of the banjo). Whatever music you choose, it’ll help you stay pumped and motivated throughout your bout of torture…I mean run.

Ever wonder why sometimes you feel like you could run 10 miles without stopping and other times running only one seems like the end of the world? If you already built up the physical stamina, then you probably just psyched yourself out. The mind controls the body, and sometimes the mental dread of the run can ruin your workout altogether. “It takes a lot of mental resolve to start a run.” University of Maryland sophomore Josh Khan said. “When I run I know that all I’m going to do is run. When I run by myself there’s no immediate victory. No game to win and no goal to score. The only victory is knowing that I pushed myself…and am more fit because of it. Once I came to terms with that, I really started to enjoy running.”

One word: “DIARRHEA,” Wikner said. No lie, running can do some weird things to your digestive system. If you don’t eat the right food before a run, and somehow don’t throw it up, your body will get back at you later (if you know what I mean). On the plus side, a good run always does the trick to help with BM irregularity! Too far? Okay, I’ll stop.

Unlike a high intensity workout, which can burn hundreds of calories in as little as 30 minutes, runners don’t experience the same perks. While you may leave your five-mile run on a “runner’s high,” feeling like you could conquer the world one stride at a time, you probably only burned off the bagel you ate for breakfast. It’s fine–you still have killer calves.

9. Honkers, Cat Calls and Other Terrible Things in This World

You’d be amazed at how many people in this world find the sweaty, exhausted and death-faced you attractive. Honking horns or shouting out the window in passing may seem like a compliment, but to runners it scares the living daylights out of us while we’re trying to focus on not taking another break. Easy fix? Blast your headphones and flip them off with a smile.

I finally understand the thigh-gap craze. The fad was all a stunt to avoid chafing, right? If you’ve ever run in wet shorts or even the slightest humidity, you understand the pain of chafing. The pain that haunts you long after your run ends. “I usually chafe when it’s somewhat hot out, but not too hot, so there’s just a little bit of moisture which causes my legs to rub the wrong way,” Golding said, “When I chafe, it is the worst feeling and usually ruins my runs.” Time to resort to your diaper days and whip out the baby powder. 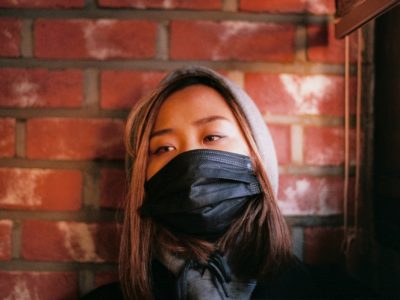 Previous Post:How to Kill a “Lit” Paper
Next Post:16 Ways to Spend Your Time during Hermine