10 Power Poses to Take Hold of Your Life

Power posing is one of the latest trends for success, only this one doesn’t cost a pretty penny or suck up your free time. By striking a quick pose, you can turn nerves into accomplishment.

Less than a decade ago, social psychologist Amy Cuddy researched the hormonal effects that powerful posture has on a person. Her team’s studies found that spending two minutes in a powerful stance can increase testosterone levels and promote risk-taking. Cuddy gave a TED talk on power posing in 2012 that was viewed by more than 38 million people. She has since written two books about the subject.

David Lindstrom, the Walla Walla University Career Development Center director, believes in the power of Cuddy’s research and encourages students to practice the art when selling their talents to employers. “Physiology drives psychology,” he said. “We can affect and manipulate our own attitude and outlook by our physical presence and posturing.” Lindstrom recommends spending just a couple of minutes before (or during) a big event in a position that is “relaxed, open and takes up space.”

With all the hype, it’s a mystery why college students everywhere aren’t jumping aboard the Power Pose Express.

Try a college-friendly power pose to boost your confidence and help you conquer nerve-wracking situations. 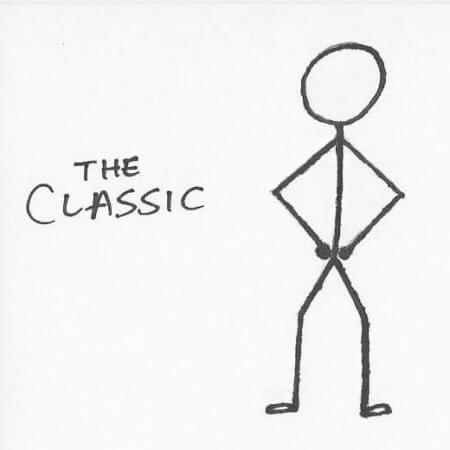 This is the standard power pose, and for good reason. The confident stance asserts dominance without drawing unwanted attention. If you failed to plan ahead for a big moment and strike a pose in private, “The Classic” is the most professional option. But if you refuse to settle for anything less than iconic, you’re going to want something with more personality. 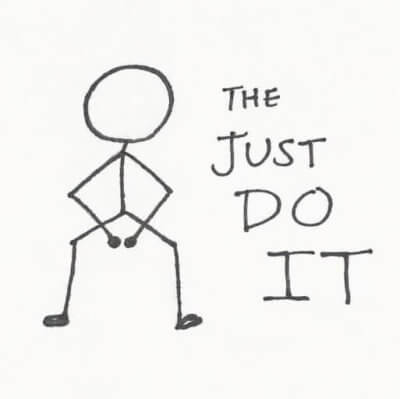 I know you’ve got your eye on someone—who doesn’t? The question is, what are you waiting for? Re-watch Shia LaBeouf’s video and mimic his empowering squat. The only thing standing between you and a beautiful relationship is your fear to make the first move. Stop waiting and just do it. 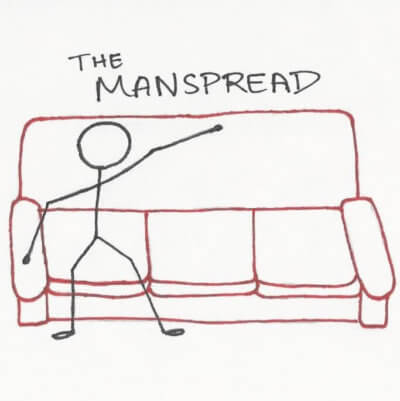 What started as a way for men to get some air became a worldwide symbol of dominance. It doesn’t matter your gender—next time you’re sitting in the waiting room before an interview, exercise your right to manspread. Not only is it comfortable, but it’ll show the underqualified buffoons around you that you’re not leaving the building until you’ve secured a job. 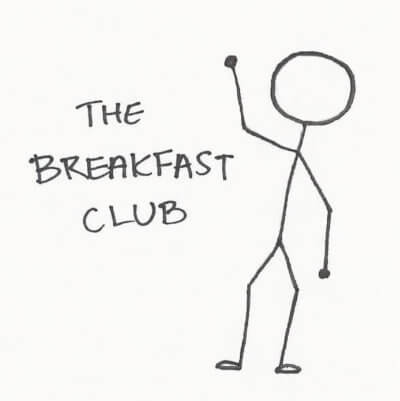 Channel your inner John Bender and throw a fist in the air. Whether you’re walking to the shower, pacing in your dorm room, driving down the highway or strutting to a first date, the ol’ Breakfast Club will give you the pre-emptive feeling of success needed to dominate your day. Sure, you aren’t actually “the criminal,” but with the right mindset you can con your way out of academic probation during that “chat” with the professor after class. 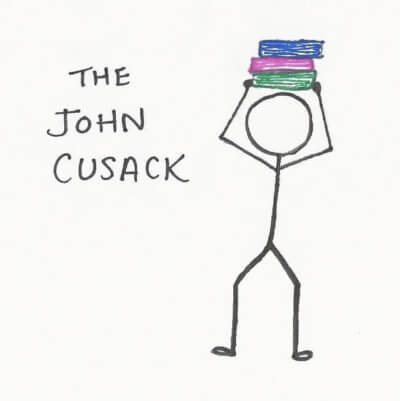 No amount of studying can fully ease the stress of a big exam, but second-guessing your knowledge won’t help you perform any better. You read through Piaget’s four stages of cognitive development at least 13 times—now take your newfound knowledge and show the test who’s boss. Before leaving the dorm, hold your books high above your head in the style of Say Anything John Cusack. It’s time to win your GPA back. 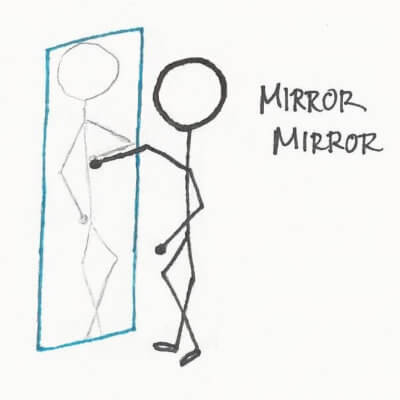 Mirror, mirror, on the wall, you’re the fairest of them all. Spending a few minutes a day looking in the mirror has proven to boost self-confidence. Lean an arm against the full-body mirror behind your door and practice your smooth moves. This power pose works best before first dates, speeches and all other times when you may feel self-conscious about the way you carry yourself. End your practice sesh with a peck on the glass and prepare to conquer in the skin you’re starting to love. 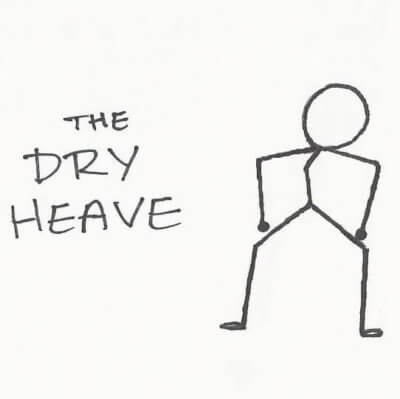 Does the thought of meeting your SO’s parents shoot fear down your spine and paralyze you from head to toe? We’ve all been there. Luckily for you, “The Dry Heave” power pose comes in handy in the final moments before those high-stakes meet and greets. Whether you’re actually dry heaving from the stress or just pretending, the stance spreads your limbs and makes way for you to receive some power. This hunched-over crouch position is anything but weak. 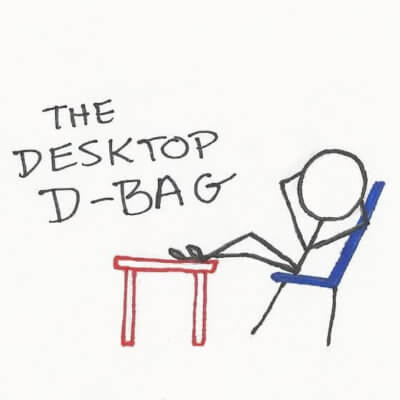 Have you ever been called “safe”? If the answer is yes, you’re going to have to make some changes. Safe gets you nowhere—it’s time to find your inner baddie. I don’t care if you’re studying in your dorm or taking notes in the lecture hall…if anxiety starts taking over, plop those piggies on the desk and kick your arms back. Take a few moments to find some peace and remember: Someone always fails at life harder than you do. 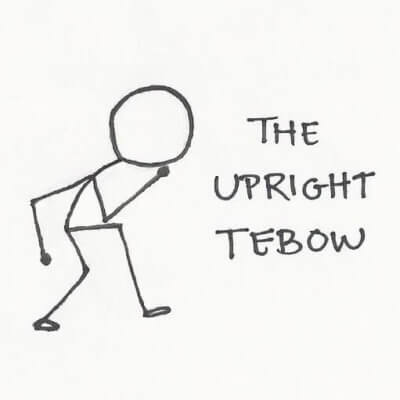 I get that 35 mph is way too low for a surface street speed limit, but your parents aren’t so understanding. Before explaining to your mom that you got pulled over for the third time this school year, find your cool and build your confidence. “The Upright Tebow” power pose lets you gather your thoughts before the big convo, and let’s be real—a little prayer can’t hurt while you’re at it. 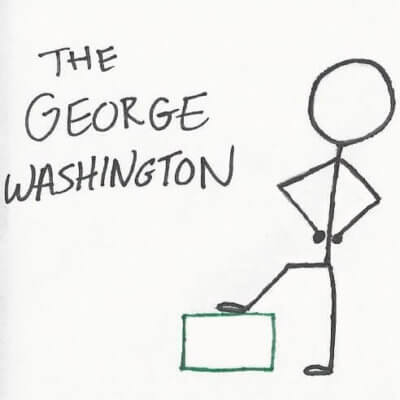 Just like the General conquered the Delaware, you’re going to conquer college life…if you spend a few minutes in a power pose, that is. Take a moment in the morning to mount the day’s challenger, whether it’s a textbook, alarm clock, classmate or report card. History repeats itself, and we all know what happened when G-Wash struck this pose. You might as well start calling yourself “President”—with all the power you’re gaining, it’s only a matter of time.

Previous Post:CM’s Guide to Biobehavioral Health Major
Next Post:I Didn’t Use the Internet During Class and Actually Survived