Home » Latest Posts » You Will Meltdown at Least Once in College

You Will Meltdown at Least Once in College 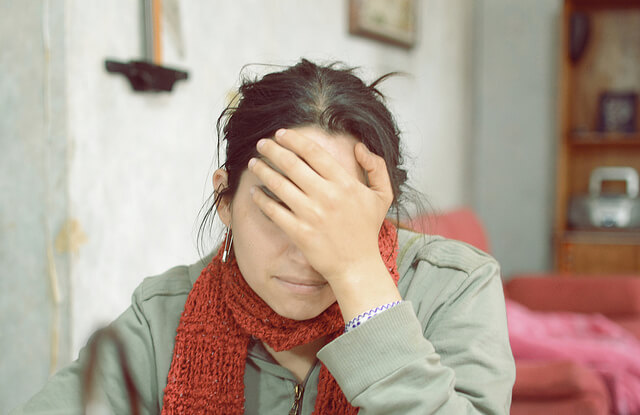 You think high school is stressful? Think again. High school’s a cakewalk compared to college. You think you can handle a full schedule in college like you did in high school? Aw, how cute. I’ll see you at the therapist’s office after your eventual breakdown. Don’t believe me? Still have that false sense of security that a 4.5 high school GPA gave you? Don’t take it from me, take it from these students who’ve seen their hopes and dreams crumble like so many before them.

Keaton Hain tried to take on a little more than he could handle. 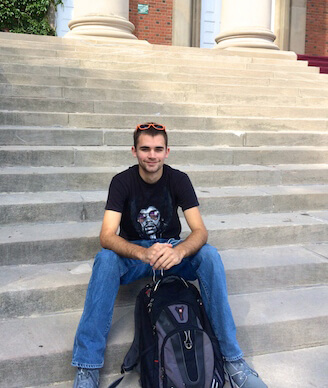 “You know those days when a bunch of things go wrong and you think ‘everything’s against me?’”

Hain, a junior English and textual studies major at Syracuse University, had a tough week. He takes 15 credits, works for University 100, a student ambassador group that gives campus tours and plans events, and manages the women’s volleyball team.

“It’s very early in the semester, which is sad. I feel like I don’t have time to sit down and breathe. I’ve had a lot to do from my job giving tours on campus, a shit ton of reading for four different classes, two late night screening sessions and then attending classes on top of everything. I also made the mistake of signing up to give a 9 a.m. tour.”

How do you keep from going insane?

I sit by myself in my room and blast music, that’s my major outlet. I make a big meal for myself at the end of the week. It’s all about eating and good music. My favorites are “Time in a Bottle” by Jim Croce, “Back to Black” by Beyoncé and Andre 3000, “Sad but True” by Metallica and “Wrecking Ball” by Bruce Springsteen.

How can you avoid stress?

Next year I’m going to structure my classes very differently. Right now my classes start at 12:30 p.m. and don’t end until between 6-9 p.m., it blows. I want to get everything out of the way in the morning so that then I can get work done in the afternoon. 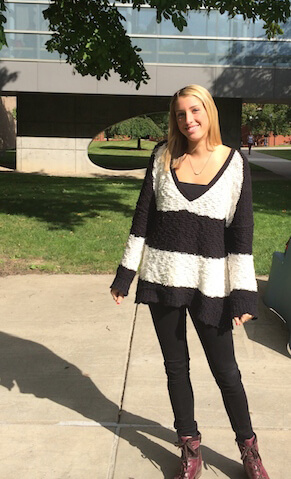 Hursh, a junior magazine journalism major at Syracuse University highlights the reason why journalism students should not have to operate cameras.

There’s definitely not a good end to this story. Last semester I took COM 117. I went into the class and I just immediately knew that it was going to destroy me.

I had pretty much no experience with film and the physical technology just intimidated the shit out of me. I didn’t know what to do. We had a 3-hour lab on the first day and I just felt like I was going to have a panic attack. I had to walk home at 9 p.m. and I just thought, this is the absolute worst.

Our first project came around and it was some kind of video project promoting a PSA. Obviously I got stuck in a group with the two biggest assholes in my class.

One of them was just extremely unfriendly and the other one didn’t really speak English, so I was pretty much a lone soldier. I went to the Cage, where they distribute filming equipment, and asked for everything that I needed. By that I mean I was incredibly unspecific, so obviously they didn’t give me everything I needed. I went to record the project on my own and they hadn’t given me a memory card, so that was strike one.

I went back to the Cage and said that my camera wasn’t turning on and they pretty much said ‘Yeah idiot, because you don’t have a memory card.’

I got all my footage and was finally feeling more comfortable about where I stood and then I tried to upload everything onto my hard drive and my footage just didn’t exist. It was on the camera and not on my computer. I was supposed to go to Boston that weekend with my roommate and all of my best friends to have a nice, relaxing time. My project was due on Monday so it was like either I get this shit done, or I don’t. That’s just what it was.

I had to re-film for the third time, but finally got it uploaded and somehow managed to pull the project, basically, out of my ass. I got it done and I was like, ‘I did it. I won.’

And that’s when shingles happened.

Five days later I noticed a rash on the right side of my body and I thought, this is not right. I figured it was poison ivy or eczema since this was during the winter. I waited three days to go to health services, because that tends to be my mentality: wait it out till the worst possible moment. Great mentality, I highly recommend it.

So that’s what I did. I told them I’m sure this isn’t a big deal; I think I’m overreacting. Turns out it was definitely a big deal because it was shingles. I was really confused, from what I understood shingles is something you get when you’re 85 years old. That’s usually the case, but college students sometimes get shingles because they can be surfaced during high levels of stress.

Yeah, so to this day I thought I won. I didn’t win. I am emotionally and physically scarred by COM 117.

That’s how I didn’t deal with stress. The week after this happened I went to CVS and there was huge sign for free shingles vaccinations.

John McCafferty actually had to change his major.

McCafferty, a senior kinesiology major at Temple University describes the time he was most stressed out.

Sophomore year of college I was in a calculus class and if I didn’t ace this class I would have to change my major. I don’t even remember walking back to my apartment after that exam.

How did you feel?

I felt physically and mentally overwhelmed. I couldn’t make a decision to save my life. I was too intimidated by important life decisions. I remember sitting there during last twenty minutes of the test sweating and I couldn’t think straight. I felt like I had to cheat or something, I started reconsidering what else I could of done instead of go to college.

What do you do to combat your stress?

Before the test I felt the need to take Adderall, which I did, and after I just went and played basketball to get my mind off it, or atleast I tried to.

I tried to combat my stress with a few things: drinking, although advisor visits were my more responsible attempt. Sex.

How would you explain stress?

Negativity is your own captivity. Like losing hope and finding no exit.

I bombed the test and had to change my major from biology to kinesiology.