From the moment you open your mailbox and see that large rectangular envelope shining at you (All Gilmore Girls fans know acceptance letters only come in plus-sized envelopes), you feel the anticipation of your college journey. With every journey comes the first step; for college students, that step is freshman year. Amid all the excessive buying of desk organizers, shower speakers and other useless items Bed Bath & Beyond calls “necessities” is the underlying fear of everything new, including not having a single clue whether to mix whites and colors in the washing machine (Don’t, if they’re new).

Believe me, we’ve all been there, lying on your bed to avoid packing, envisioning the worst. From mismatched decorations to roommate blowouts, our imaginations skew expectations of freshman year for the worse. For those recent high school graduates who, like me, imagined the end of the world, check out are some fears that everyone has their freshman year.

Leaving home for the first time and living on your own is a frightening experience. Saying goodbye to family, friends and refrigerators are all extremely difficult. “What scared me was that I may never go to a home where my parents, grandma and sisters can greet me under the same roof. I was scared that I wouldn’t be able to embrace BC as my new home,” said BC sophomore Gabriella In. From the time you catch yourself telling your friends, “Hey, let’s go home” after dinner to the moment you finally find the comfortable spot in your bed, you’ll hit ups and downs on the journey to calling college home.

You remember the fateful day you decided to Facebook message your roommate: awkward at best. “I was in a forced triple. At first I thought we would be like the girls in every movie: besties, right? I discovered, after starting a Facebook message with them, that they had gone to high school together and requested to live together. This was my worst nightmare. I thought I was going to be excluded from everything and left with no friends. My dream of finding my best friend was shattered and move-in was no longer exciting,” said BC junior Emily Sokol. Moment of silence for this situation? Despite her freshman year trauma, Sokol said she is thriving and currently living in a suite with seven other amazing friends. It does get better, y’all.

Hitting the Gym: Do I Have To?

Many a college student thinks exercise and health are escapable. “I came in thinking that the ‘freshman 15’ was a myth, but when I stepped on the scale, I realized it was a reality,” said BC sophomore Angela Han. Let’s be real, Han is not the only freshman to experience this.

Academics are the primary reason we embark on our journey (I hope). “With far fewer exams than high school, I was afraid I wouldn’t have enough opportunities to prove myself,” said BC sophomore Anne Bigler. You learn that having fewer tests becomes a double-edged sword: 10 chances to save your life versus four? There’s also the complete opposite mentality. “Academically I had no fears, and thus I failed,” said BC sophomore Judie Park. 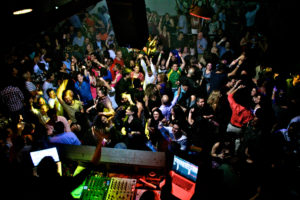 You’ve seen the movies, but not everyone wants their college experience to be like Animal House. “I was scared that the party scene wouldn’t be enough, and then I ended up on our college Twitter’s make-out page. You live and learn,” said BC sophomore Erin Smith.

Meeting new people is a harrowing experience. As if all the confidence and social ability you scavenged in high school somehow goes out the window with the first, “Where are you from?” “College meant I would be entering a field of strangers. While I’m open to meeting new people, a voice inside said I was scared to initiate new relationships. I’m an introvert at heart, so I was worried others wouldn’t initiate relationships with me,” said BC sophomore Dong Hyun Lee.  Those old high school insecurities also don’t tend to go away. “I feared I would never find a group of friends that I would feel comfortable enough to simply be myself,” said BC sophomore Zachary Augur. There’s always that wall that separates you from meeting people who might make college home (everyone has it), but like every frat guy you know, just break through it with your head. 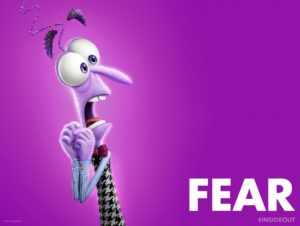 I disagree, President Roosevelt; I think that it’s OK…actually no, it’s amazing to be afraid. To quote one of the most brilliant doctors in the universe, Doctor Who, “Fear is power.” I was afraid my roommates would hate me, I would gain weight and college would change me in ways I couldn’t reverse. And I wasn’t alone. “I was scared because I didn’t have anything to define me. I was so intimidated by the freedom. I didn’t know who I was; I didn’t know what I wanted to do. I just knew I didn’t want to be lonely. I realized there are two types of people: ones who let fear prevent them from seeing positives in life and ones who embrace the uncharted territory that comes before them. Right now, I’m trying to be the latter,” said BC sophomore Grace Chung.  Embrace your fears, don’t let them control you and like Smith said, “Live and learn.” Isn’t that what the college experience is all about?

Boston college sophomore studying English and premedical studies. Cafe lover, especially during brunch time. Love running through the rain. A cup of tea in a comfy chair with a book is my happy place.

Previous Post:An Open Letter to the Guy I Had a Thing With
Next Post:A Portrait of the Artist as an Overly Stressed College Student