When it comes to jerseys, some things never change. And other times, they do. But whether you prefer a traditional home get-up with pinstripes or a new-look, unconventional uni, here’s baseball’s best:

It’s a little hard to mess up your look as a player when the only colors available are black, white and gray. Their home pinstripe combinations are pristine, while the road script “Chicago” looks like a work of art. Debating between the Cubs and the White Sox unis to put on this list, it came down to the White Sox having classier away jerseys … as well as actually winning a championship in the last century. 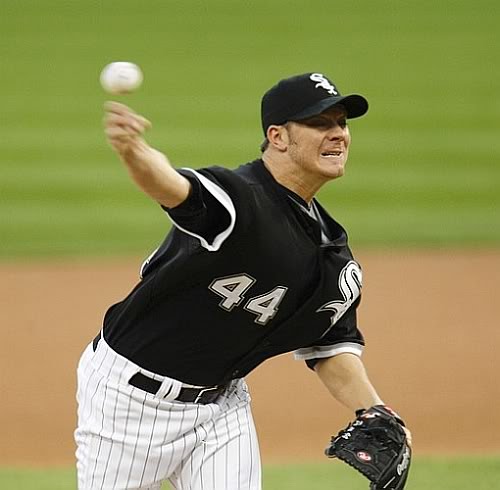 It’s all about the colors for the A’s. While 99 percent of baseball does some take of a blue and/or red color combo, the A’s have green and yellow, easily the most unique in the Majors. The green home hat with a yellow brim and white letters is definitely fashionable, and the alternate yellow jersey hearkens back to the good old days of the 70s when the A’s won three straight World Series.

You wouldn’t have caught me dead putting the Angels on this list in the late 1990s when they had disgusting gray pinstripe jerseys brought to you by the wonderful folks of Disney. Now, not only are they sporting some great new offseason pickups, but they are also sporting classy looking garbs. 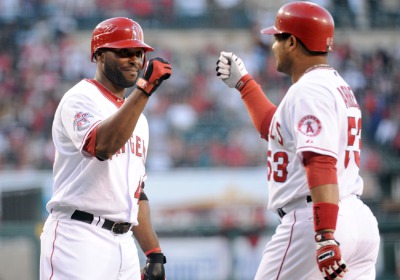 Although I will give that it is a lot of red in all of their choices, the font of the “A” in their hats is perfect for the script on their jerseys. If they could just put Anaheim back on the road jersey like in their World Series run in 2002, they would be even better.

They have one of the most timeless looks in baseball, and the incorporation of the bat and the birds on their logo is something no other team could pull off on their jerseys. The Cards would finish even higher if they would get rid of their away hat – it’s a great look on its own, but both the home and the away uniforms are screaming to be complemented with a red hat. 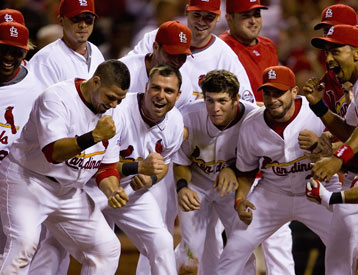 I’ll be the first to admit this is bias on my part for putting them so high, but in my defense I would not have even considered them in the top-20 before they did a complete makeover in the last couple of years. Getting rid of the black was definitely an upgrade, and the blue hat with the orange interlocking “NY” is vastly underrated. The Sox could easily have been higher than No. 5, but for some reason some idiot proposed changing the road uniform a few years ago to the ugly jersey they have now. Still, their Fenway Park get-ups more than do the job of redeeming that decision, and their navy hats somehow do the job that the Cardinals away hats can’t.

Their cream-colored home jerseys might be the best in baseball, and the interlocking “SF” has tradition run all through it. Whether or not you like the new orange jerseys is beside the point. I usually hate seeing multiple kinds of hats for the same team (hence my joy for the changes to the Mets uniforms), but for the Tigers I make an exception. The navy/white at home and navy/orange on the road give the team an elegant appearance. You can’t say anything wrong about the Dodgers uniforms; they have it all. They have “Dodgers” written at home and “Los Angeles” written on the road, both in the same-style script. They have the instantly recognizable hat and West Coast vibes. They’re the most “Americana” of the baseball uniforms except for the …

I can’t write anything good about the Yankees, so I’m going to call them the “Highlanders” for this article only. The “Highlanders” have one of the most historic and recognized uniforms in any professional sport. And the “Highlanders” have nearly never changed the style of their uniforms except for small tweaks like the road lettering outline. Maybe if I call them the “Highlanders” enough, the “Yankees” will cease to exist … I wonder …