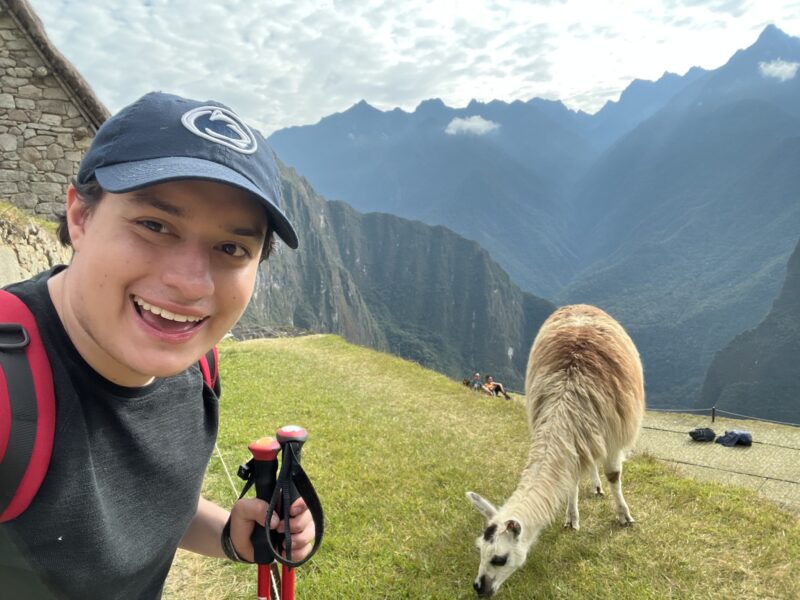 “There’s No Toilets or Toilet Paper in These Bathrooms:” My Hike to Machu Picchu

Picture this: You stand before an impossibly tall staircase leading up a mountain. It winds back and forth, zig-zagging its way up to a peak you cannot see. Your hands tightly grip two walking sticks, knowing that other than your legs, they will act as your only way of keeping yourself upright. No handrails line the climb up. You abandoned your sense of hygiene after seeing that none of the bathrooms contain toilet paper… or anything resembling a toilet beyond a suspicious hole in the ground.

Looking around, breathtaking mountain ranges surround you. Without buildings nearby and standing over countless mountain tops, the sky seems wider than ever.

More incredible sights will come soon, and beyond them: Machu Picchu.

Before beginning our hike, my dad, little brother and I spent almost two days in Cusco, a necessary precaution for our bodies to adjust to the high altitude. The city of Cusco stands at a little over 11,000 feet above sea level, a stark contrast to the mere 1,000 feet of elevation I am used to in Pennsylvania. Fortunately, aside from making me feel suddenly out of breath once every ten minutes, I survived the altitude sickness.

For the first day of the hike, we awoke at 5:15 a.m. (so basically night) and took a shuttle with our porters around an hour and a half outside of Cusco. The travel agency behind our trip provided enough porters to carry the complimentary tents, food, tools and supplies. As for our own personal effects, like clothes, water bottles and sunscreen, we needed to carry those in our backpacks.

Our walk officially began around 10 a.m. as we crossed over a river and started treading on a dirt path leading up the mountain range. The first day of hiking contained the busiest section of the trail. Small shops lined the sides of the path every mile or so, usually selling necessities they expected tourists to forget like water, hats, and sunscreen. Every so often we’d need to make room on the path for locals passing through, often riding on dirt bikes or the backs of horses. This part of the trail also provided a varied menagerie of animals wandering alongside it, with chickens, dogs, donkeys, goats and even fully-grown bulls grazing on their own. Unfortunately, most of these animals used the trail itself as a restroom, meaning I needed to keep my eyes peeled to dodge a landmine every couple of steps.

The first day went mostly without incident and provided a good introduction to the trek, giving us lots of practice with the sharp inclines and declines to come, while also showing us a mere smidgen of its many mountain views. That evening we indulged in a chicken leg, corn soup and sweetened pears. At night I realized how much distance truly lay between us and the nearest city, as I looked up and saw nearly every star in the night sky. If I stared hard enough, I could even see the silky white clouds of the Milky Way’s bands.

Waking up on the Inca Trail did not carry the same amount of romance as falling asleep on the Inca Trail, unfortunately. For one, we needed to arise at 5 a.m. again in order to make it to our next campsite in time, meaning we ate breakfast and got started on the trail before the sun came up. For those of you curious, our campsite did in fact hold an outside shower, though it cost money to use (and did not spray hot water).

Currently, I do not recall how I survived day two. This section of the trail required us to hike to the top of a mountain pass known as Warmi Wañusqa, which sits at a height of about 13.8 thousand feet above sea level. While I initially believed my body adjusted enough to the altitude in the days leading up to the hike, after hiking several thousand feet up the mountain I experienced a sensation that proved me quite wrong. My father and I began to run horribly out of breath after walking for just a few minutes at a time. We would stop for a minute or two, then feel perfectly fine. This issue clearly came from the altitude change (and not my lack of athleticism), and our legs felt perfectly fine when we continued up the trail.

This cycle continued until we reached the top of the mountain after six hours. Looking around I could see for miles and miles in either direction, over the tops of colossal green and brown giants, and even at the glaciers residing even higher up on some mountains. Descending the mountain to our campsite made for an arguably easier trip, though we still needed our walking sticks to keep balance down the steep steps. By the end of that evening, I felt too tired to even look at the stars again.

The reason day three contends with day two for the “hardest day” award comes down to motivation. After the previous days of pushing ourselves up the trail, Machu Picchu seemed so near and so far. Only one more day’s worth of hiking, sleeping in a tent, along with inclines and declines stood between us and our ultimate goal. After another early start we ascended to the peak of another mountain, surrounded by an ocean of natural beauty. Up close, a small pile of balanced rocks left by previous hikers; in the distance, mountains capped with vast glaciers.

Past the mountain top our group of four descended to the ruins of Puyupatamarca, one of the largest stone structures we encountered. Steps zigged and zagged across the ruins’ many levels, and small surviving pathways led to rooms abandoned for centuries. I could only imagine what it took to build such a structure that could last so long, and what kind of stories the stones could tell after so many years.

That night we camped near the ruins of Wiñay Wayna, atop a dirt campsite overlooking yet another wide expanse. While there, I saw my first llama resting peacefully with a newly born baby llama. According to our guide, the little one came into the world only a few days before, likely around the time we arrived in Cusco. That night, we hit the hay around seven in preparation for our early rise the next day.

Thus, our final day began at 2:30 a.m., a most ungodly hour of the morning. Our schedule revolved around us getting to Machu Picchu around nine, and about seven hours of hiking lay between us and the iconic ruins. The ruins stood several thousand feet below our campsite, and as such we spent the bulk of our hike traversing a very steep descent. Out of all the moments during the trip, this felt like the most dangerous. Believe me, not much can give you a feeling of unease like walking in almost pitch black jungle with nothing but a headlamp, heading down super steep stairs with only walking sticks for balance and support.

Finally, at long last, we reached it: Machu Picchu—The Peruvian Wonder of the World. My first glimpse of it was from high above, and even then, the ruins seemed huge compared to the forest surrounding them. After walking a little while longer, our group arrived at the edge of the area. There we took most of our photos with Machu Picchu and the mountain Huayna Pichu in the background. Several llamas stood around, grazing on grass and mostly ignoring the tourists.

Walking amongst the ruins made for a strange experience. I felt simultaneously satisfied… but also weary. At last, after years and years of wondering what this place would look like in person, I arrived. Perhaps the nearly four days of hiking and living without hygiene finally took a toll on me. In all honesty, I forgot most of what our guide said about the ruins while there. I found myself far too wrapped up in the sights of ancient architecture while consistently flip-flopping between feelings of satisfaction and fatigue. While I would not see a bed until much later that same day, after a nearly four-hour train ride and hour-long taxi drive back to Cusco, I fell asleep with a smile almost as soon as my head hit the pillow. 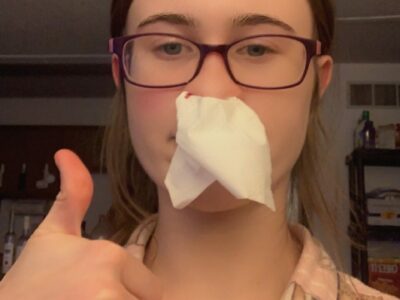 Covid: The C–kblock of Vacations