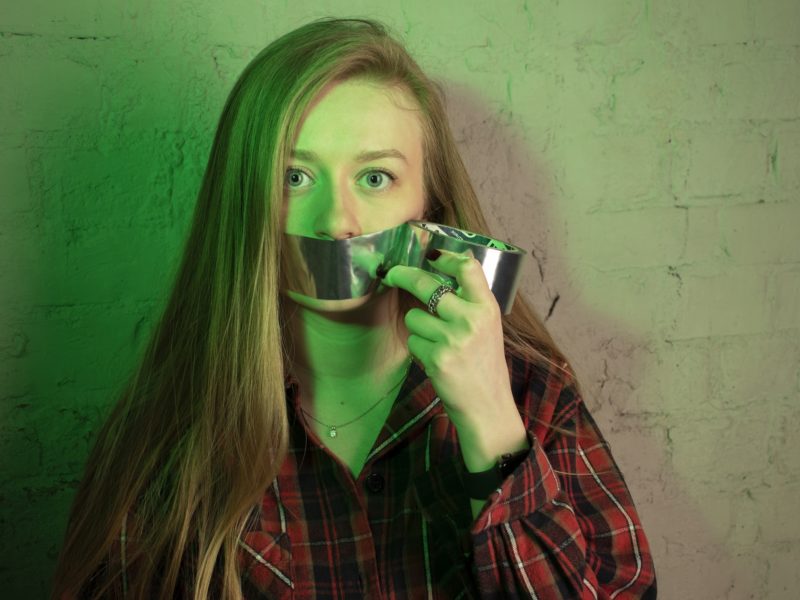 “Wala ka ba’ng dila?” Do you not have a tongue? A handful of words followed by an eruption of laughter. The spread of embarrassment on my face and the constant tugging at my father’s hand went unnoticed as I became the brunt of the joke. I returned the remark with daggers of my own. I was obviously not the type bold enough to speak up, let alone defend myself against a group of adults–so I allowed the anger in my eyes to speak for me.

This was all it took for my younger self to dread conversations.

At the age of five, I found myself excited, yet fearful, at the thought of starting school; it was common knowledge that the principal of the nearest academy would begin making his rounds to seek out prospective students. It took him four visits to convince me to attend an orientation. Three of those visits he spent waiting by the gate as I hid behind my mother’s leg while she politely shooed him away.

She reassured me that I had the option of choosing between attending the academy or homeschool. I knew in my heart that I couldn’t hide forever, so I compelled myself to give it a try despite the overwhelming apprehension I felt.

The following week, I officially enrolled.

I gained friendships and developed a knack for learning, yet I refused to participate in activities where I had to speak in front of the class or demonstrate any public display of talent. The end of year ceremony, my last opportunity to prove that I can be fearless; our class spent week after week, hour after hour, rehearsing for the big performance. Everyone, except for me. Every session consisted of being glued to my spot, motionless and mute. Every attempt at singing a lyric, or dancing a single step, was met by a daunting sense of worry that prevented me from participating.

Despite feeling anxious, I memorized the song by heart and ingrained the choreography in my mind, in hopes of gathering enough courage to carry out the performance. As I stood in front of the audience on that final day–I froze.

In the end, nothing had changed.

It was difficult–knowingly missing out on experiences just because I felt too afraid, too worried, too doubtful of my capabilities and what others would think, too self-conscious to try everything that life had to offer. I had allowed my fears to take permanent residence in my mind and become the deciding factor in everything I did.

After I moved to the United States from the Philippines, I was thrown into an environment where the majority of children are outspoken and unapologetically boisterous, where remaining reserved and guarded is a definite setback. I began to take the endless encouragement I received from teachers, friends and family to heart and grew resolute in improving my shortcomings.

I accustomed myself to being the first to speak in group discussions, joining extracurriculars that would improve my public speaking, and even became founder and president of my own club; a milestone that I never would have thought possible. I became a managing editor for the school’s literary magazine and despite being a better writer than a leader, I enjoyed it. It became easier to soothe my worries and take on challenges with determination.

I saw myself grow and become comfortable with what I was once afraid of.

In high school, I had demonstrated strength and talent in writing. And despite gearing myself toward STEM-related extracurriculars, I always found myself being recognized for the way I crafted words. Friends and friends of friends asked me to write letters, speeches, emails, anything that had to do with writing.

Though aware of this strength that my parents and teachers called a “gift,” I refused to acknowledge that this could lead to something more.

It didn’t feel like a challenge, and I wanted to challenge myself as I did with public speaking.

Despite making great strides in finding the courage to assert myself academically, I still molded my career after what I thought my Filipino parents would be proud of–a career in the healthcare field that promised financial stability and job security. So naturally, when the time came to apply to universities, I automatically checked off biology as my declared major with writing as an afterthought.

I guess the sciences didn’t feel the same way about me, or at least the University of Maryland admissions officers didn’t think I would fit as a biology major because they required me to take pre-track classes that would set me behind the other first-years.

With a wounded ego, it took me a week and a few heartfelt conversations with my mother to face the facts. I had a knack for writing and felt at ease with words more so than with chemical formulas and molecular interactions. I didn’t have to prove myself further by choosing a career that didn’t fit me, just because I had started my relationship with words on a bad note. It was OK to recognize the talents I already had and it was OK to recognize that I had become comfortable with words over cell matter.

Previous Post:How to Survive the Apocalypse: Coronavirus Edition
Next Post:50 Shows to Binge Watch to Cure Your Quarantine Boredom