You are here: Home / Life / LGBTQ+ / I Struggled to Come Out to my Family

Kelly Cooper is in her first year at New York Law School where—alongside her studies—she is an active member of NYLS’s stonewall LGBTQ organization (which raises money for LGBTQ teen homeless shelters) and the founder of an Anti-Trafficking organization. She is also a lesbian.

"I always knew I was different," Cooper said of growing up closeted. When she turned 16, Cooper began a romantic relationship with a guy. The relationship lasted for four years. Cooper said that she experienced loving feelings towards him, but added, "I never felt like myself with him. I always felt like I was hiding something and on a sexual level I was never comfortable."

At 18, Cooper went to college and joined a sorority. She witnessed one of her friends and sorority sisters being treated with ridicule and questioning after coming out to her family. "This made me want to hide my true self even more," said Cooper. "I didn't want to lose this new group [the sorority] I had gained or tell my family that the dreams they had for my life were gone because I was gay…I began to spiral and be destructive because I couldn't face the truth.” Cooper decided to leave college but offered no explanation to her family. After moving out of the sorority house she ended up being involved in situations that she described as self-destructive.

Copper started following Sophia Bush on Twitter after finding that the actress was a proponent of LGBTQ rights and the “It Gets Better” campaign. Soon after, she began to explore other outlets about fear regarding sexual orientation and said that it was then she realized she wasn’t alone. After exploring and becoming involved with charities that helped involving both LGBTQ rights and human trafficking, Cooper said that she finally felt ready to come out to her family.

"One day I decided it was time. I was sitting in the car with my mom and I just blurted out, 'Mom, I'm gay'. She was quiet for a little while, and then she asked, 'Are you happy?' I was shocked by this question. The truth was a year before I would have said ‘no’. But instead my answer was, 'I’m getting there'…My mom told me she loved me no matter who I loved as long as I was healthy and happy.”

Cooper came out to the rest of her family and said that although many still think her homosexuality is “a phase” they took the news pretty well and were supportive. “I understand that it is an adjustment,” she said. Cooper relayed that being accepted by her family also made her realize that the person who ultimately had the hardest time facing the truth about her sexual orientation was herself. She said that she couldn’t accept the fact that being homosexual meant that she may never be able to have a wedding in a church or that “some people would hate me for being me.”

Cooper reiterated that—along with her family’s support—the inspiration she drew from activists like Sophia Bush aided her in her self-acceptance. Cooper also became involved in the charity Love 146, which fights to abolish human trafficking and works with victims. “I saw how hard these victims had it, and it made me [realize] how lucky I was to be alive,” said Cooper of her experience with the charity. “I never thought I would survive that period of my life, but I did.”

She went back to school and finished her degree and applied to NYLS. She said the decision to apply to Law School came from a desire to find an avenue that would allow her to help people in the future.

For those still struggling with their sexuality and coming out, Cooper wanted to remind them that "Life can be so great if you surround yourself with people who love you but most importantly, if you love yourself.” 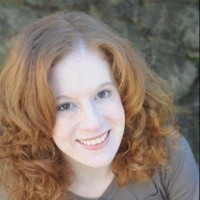 Abstinence Only? Let’s Get Real.
Next Post: Are Soaps Sliding Away?