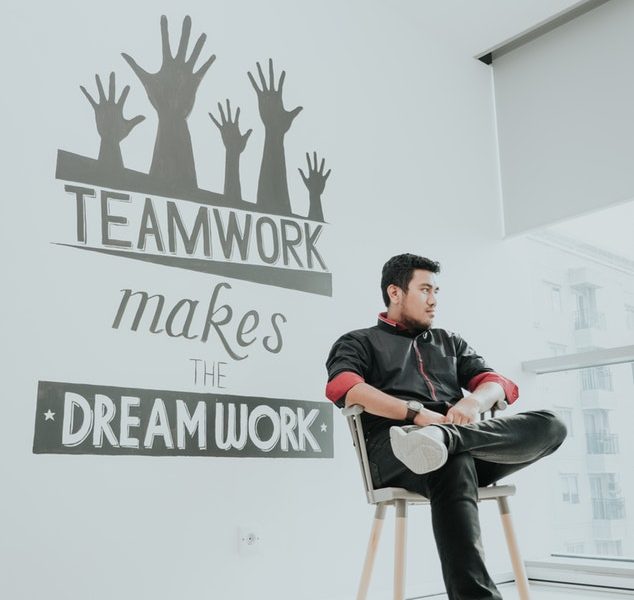 Senioritis isn’t what they say it is. Sure, you procrastinate assignments. You skip class when you shouldn’t and you barely study for exams. But it isn’t out of newfound laziness or feeling done with school. No, senioritis comes from the existential dread,  the constant, grating “now what?” in the back of your head.

It comes on at different times for different people. For some, it’s not until halfway through their last semester. For me, it came at the beginning of last summer while searching for an internship.

I realized I had no idea what I wanted to do with my life.

So I ran headlong into senior year, determined to get a jump on all the scary adult stuff I needed to do before I graduated—the most important of all, getting a job.

I’ve always been one of those people who had older friends. Even in high school, my friends were always a grade or two ahead of me. This carried into college, and now that I’m a senior, many of my good friends have graduated.

My best friend struggled to find a job throughout her senior year. My boyfriend went through the same struggle despite finishing a perfectly good STEM degree. The truth is, very few majors out there will guarantee you a job. Even if you do well in school, find internships and work part-time jobs, often it’s just the luck of the draw.

I had a front row seat to my loved ones’ difficult, disheartening and frightening job searches. I headed into my senior year determined not to let it happen to me.

The campus job fair got canceled when Hurricane Florence hit North Carolina. Then it somehow managed to get rescheduled for the day Hurricane Michael dumped gallons of rain over our heads. I hadn’t seen rain like that in years. It became an all-day torrential downpour. And it never let up. Of course, I had to maintain my hair, makeup and stylish business-casual look for the entire day.

With strategic umbrella use and both of my classes in the same building, the biggest challenge meant the long walk to the other side of campus. The fair took place, of all places, in one of the basketball courts. As I walked and saw no one else in business clothes, I began to worry I got the location or time wrong.

But when I entered the gym and wiped my boots, a mountain of identical black umbrellas greeted my sight.

Beyond them was the job fair. I saw rows and rows of booths, well-dressed and too-smiley HR people and the occasional tech they brought along to talk shop. I had borrowed my boyfriend’s nice leather portfolio and filled it with resumes. However, I didn’t realize what a difference a left-handed portfolio would make. I spent the next two hours opening it backward and awkwardly flipping it around in front of people I hoped would hire me.

Despite holding my head high and my keeping shoulders back, I felt like I had no idea what I was doing. My blouse and slacks, which seemed like overkill that morning, now felt casual beside the business suits in every shade of gray walking with a purpose through the rows. They doled out handshakes and elevator pitches like they’d been trained for this day.

I first spoke to the CIA table. I’ve often thought about working for a federal agency, helping to keep the country safe inside and out. In this conversation, I realized I needed to print out way more than 12 resumes. I had no idea what to give or expect in these little conversations. Did I have to pitch myself? Get them to sell me their job? Ask questions?

After a conversation with a brewing company offering recent grads a variety of what sounded like menial and underpaid positions, I started feeling pretty discouraged. Was I really desperate enough that I was willing to apply for jobs I didn’t want out of the fear of not getting one? But I’m an English major. How much choosiness can I really allow myself?

I felt bummed out. Maybe it was the rain, or the constant professional interactions (a two-hour interview) but I wasn’t feeling confident about my future. I talked to a few companies. Many of them sounded great, but I kept thinking more about the ones that didn’t. There I realized the true uncertainty of my future. I didn’t want to end up like my friends, unemployed and living with uncertainty months after graduation.

I didn’t want to wind up settling for a job I didn’t like just to have a job.

At that lowest moment, I spotted a man standing in front of a booth getting much less attention. Like the other booth operators, this guy wore a suit, but he seemed different somehow. Cleaner. Sharper. Less like he wanted to convince you he liked craft beer.

I stood in front of the Bureau of Domestic Security. This guy was an international bodyguard—like the secret service, but way cooler. I approached him and he told me stories about doing things he couldn’t believe he’d done, and how he went places he never imagined he’d go. He’d just returned from a couple months in Malasia. He made clear that if I wanted to travel the world (I do) this was a great way to do it.

He spoke with a light in his eyes that seemed missing from many of the other people I’d spoken to. This guy wasn’t trying to sell me something. He didn’t even try to convince me I was qualified (I probably won’t be for a few years). He just really loved and cared about his job. And that’s all I wanted.

I’m not saying my dream job is to be a special agent for the state department (though it sounds pretty epic). But I did realize that going after every job that I’m minimally qualified for isn’t the way to go—not yet, at least.

Watching my loved ones struggle to find jobs in this turbulent market traumatized me into thinking I was already desperate. I need to spend some time focusing on jobs I really care about before I worry about the jobs I don’t. I left the job fair with a sense of hope and two phone screenings on my calendar.

Picking up the wrong black umbrella, I walked out into the rain.

Previous Post:Not Everyone in Boston Cares When the Red Sox Win the World Series
Next Post:My University Taught Me About Diversity While Not Having Any