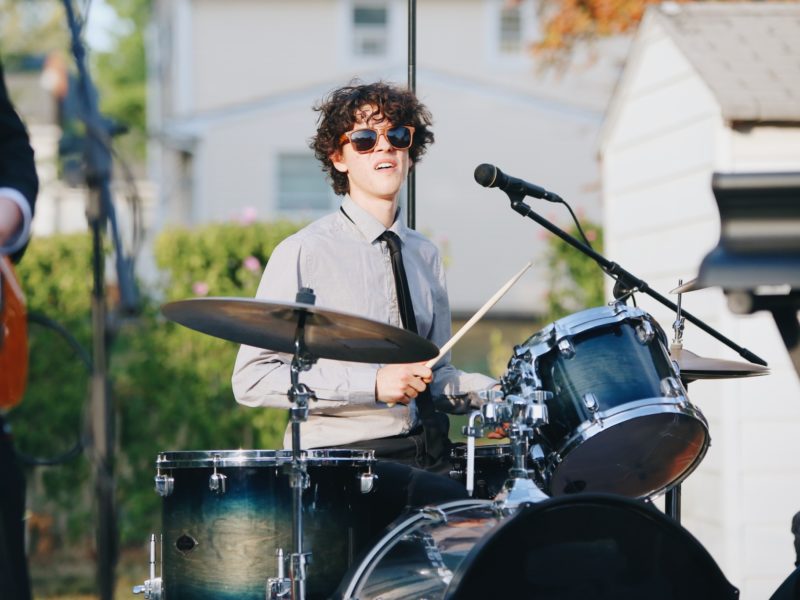 When I was scrolling through the Facebook pages of my school’s Asian orgs, I noticed a pattern.

There were no mixed people to be seen. It wasn’t as if I’d have been necessarily unwelcome but I knew that it would be awkward being the one “white” girl in an all-Asian space. I knew how people read me. Not to mention the fact that my paranoia told me that I’d be stereotyped as a K-pop fangirl. I told myself that I’d look like a Korea-boo if I applied to any of these clubs. I buried myself in my studies and decided to never think about it again.

I’m not sure what exactly made my interest return.

Either way, I became inspired a few months later and decided to sign up for poongmul. It’s a type of Korean drumming that farmers performed in order to ensure a good harvest. I had never heard of it prior to joining but apparently it’s well and alive at a number of American universities. UCI, Berkeley, USC, and UW Madison are just a few of many universities with active poongmul groups.

There are two types of drums: buks and janggus. Buks are easier and rely on loud beats while janggus are more intricate and require two drumsticks. Since I was joining late in the year, I was assigned a buk. It was meant to be slung across my chest (which was absolute murder for my shoulder) and one thick drumstick would be held in my right hand. I thought that this would be smooth sailing. I’d find some greater meaning about my identity and learn an obscure instrument for free. Unfortunately, the first part of my assumption was hardly true.

I was exhausted by our weekly four hour practices.

We weren’t just drumming. We were straight up running and drumming at times as well. The choreography was difficult for me to understand and at first I told myself that it was fine. But as I saw just how much I lagged in our rehearsal videos, I felt defeated. I knew that I wasn’t the only new drummer but I sure looked like it. My friend, Christine, who had also joined poongmul later than everyone seemed to drum with such ease. She was able to get the beats, the steps, and her drum didn’t threaten to fall every time she ran.

I had this mindset that everyone hated me in the group because I was mixed.

But obviously that wasn’t the case. I just had such a bad attitude during practice that everyone assumed my heart wasn’t in it. As a result, everyone had been more focused on helping and teaching Christine. I began to have a bad attitude towards poongmul, always looking exhausted during practice and checking my phone for when I could leave. Luckily, Christine demanded that I do extra practice with her. I wasn’t happy about the idea but she made it seem fun so I hesitantly agreed. We started meeting with one of the club coordinators for extra practice. I was so tired the whole time but something about being in a small group made it so much easier to learn. Christine didn’t even need the extra practice but she stayed because she knew it meant a lot to me. I actually started having fun. And, surprisingly, I learned the name of the coordinator that was helping me. It was JJ. And in that moment that I really only ever talked to Christine in poongmul. I never really had gotten to know anyone. It was then I realized how messed up my whole mindset had been.

As our Koreatown performance drew closer, I felt the pressure burning.

Christine had told me that the club had considered replacing me with another drummer. But the coordinator that I had been practicing with had vouched for me, saying that I was now doing extra practice and was actually making an effort nowadays. I was incredibly relieved and found myself instilled with a sudden sense of belonging. Christine and JJ knew I was trying and they would support me through this.

Before I knew it performance day came around and I was standing in front of the Galleria mall, a popular hub for Korean-American shoppers, a place that I myself spent so much time at in my childhood years. I was oddly comfortable despite the fact I knew I was the worst drummer by far. It had been so long since I was able to wear traditional garb and the black uniform gave me some familiarity. A crowd was starting to form but it was still somewhat sparse. This calmed my nerves. I didn’t have to aim for perfection. I just had to do my best.

The gong player started his signal and we immediately scattered into place.

I pounded my drum with all the strength I could, trying to synchronize with everyone’s kicks and beats. Looking back on the videos, we were hardly perfect. But we sounded amazing. I compared myself from the initial rehearsal recordings to the performance recording and I could see such a difference. Poongmul stopped becoming a chore and you could see it in my face.

I think that we as mixed individuals have this mindset where we have to prove ourselves that we belong to this culture.

If I’m honest, I mainly joined poongmul prove my Korean side to doubters. I wanted to have something to back me up when someone questioned my involvement in Korean culture. I was super unhappy as a result. Being mixed is an integral part of my identity but I’ve realized that I sometimes let it become an all-encompassing force in my life. I joined it for all the wrong reasons. It shouldn’t be sort of statement that I had to make.  Doing poongmul is where I’ve made my connections. It’s where I’ve pushed myself to my limits, waking up at 8AM just to get in that extra practice. I am proud of myself that I’ve gotten to a point where I drum because it’s what I genuinely like doing.

Previous Post:How to Become a Music Radio Host: Be Ready to Rock
Next Post:The Devil is in the Stairwells