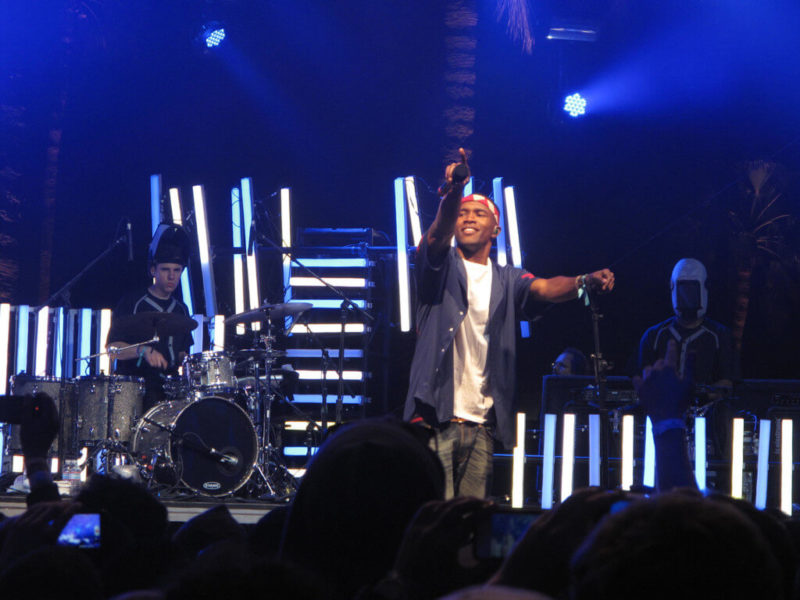 I’ll never forget that Saturday. August 20, 2016 to be specific. Around 6 p.m. the day before I move into my freshman dorm, I’m in a suburb of Boston with my parents and 12-year old sister. We finished the obligatory last-minute run to Target; now we’re walking out of a movie theater. I convinced my family to see Don’t Think Twice, a criminally unseen indie “comedy” about an improv troupe (it was pretty good, think La La Land but more realistic and depressing).

I turn my phone back on, and suddenly everything fades away. My family, the movie, my impending move a thousand miles from my Midwest home—all of my anxieties and excitement become insignificant.

After the release his debut mixtape Nostalgia Ultra in 2011 and his R&B masterpiece Channel Orange in 2012, singer/songwriter Frank Ocean retreated from the public eye. Aggressively. He declined interviews, ceased all live performances, and rejected any presence on social media. For four years, Ocean’s genius was as obvious as his absence. A master storyteller and an introvert, Frank simply rejected the celebrity lifestyle. But that summer–the summer before I started school–the prodigal son returned.

I hadn’t even been a Frank fan for long. I first listened to Channel Orange in the spring of my senior year. I remember feeling impressed but not exactly floored. The texture and truth of Ocean’s work was clear, but not a lot of Channel Orange stuck with me.

Then I spent the summer at my sleep-away camp, and, well, I fell in love. Unrequited love. The particulars aren’t significant, but suffice it to say that I got in way over my head with someone who didn’t feel the same way about me.

I didn’t know how to process the feelings, but now something about Frank’s music sounded different. It sounded deeper. Suddenly, I could hear my own longing and regret in songs like “Bad Religion” and “Thinkin Bout You,” standout tracks on a standout album.

I knew this too would pass, that when I left camp and started school my feelings would fade. We said goodbye a week before that August evening, and anticipating new music from Frank became an escape.

This wasn’t difficult. Ocean, aware of the significance of his second official album, turned the release of Blonde into an event. He set up a black-and-white livestream of an empty warehouse, a feed which showed a person (presumably Frank) physically constructing something. Random sound bites and bits of unreleased songs would play in the background. Turns out he was building a spiral staircase and showcasing Endless, an ambient “visual album” released so that Frank would fulfill the obligations from an old record deal, thus freeing him to release Blonde independently.

Anyway, a part of me wanted Ocean’s work to provide some sort of catharsis before my emotions dispersed. It seems pretty silly in hindsight, hoping an album you haven’t heard will cure your heartache.

And yet, Blonde did just that.

Not immediately, of course. I think I sent her a Snapchat during my first listen, sitting outside the hotel on a beautiful New England night. But the brilliance of Ocean’s follow-up always rang clear from the soft chords of “Ivy” to the tear jerking abyss of “Self Control.” The hilarious interlude “Be Yourself” was a pitch-perfect warning the night before moved-in, as an unseen mother warns her child that “many college students go to college and gotten hooked on drugs, marijuana and alcohol.”

Blonde became an endless puzzle to grapple with during an intense and hectic orientation, the perfect distraction as I shuffled to and from my first college classes. I love that the album lasts exactly one hour, with a beat switch at the 30-minute mark during the track “Nights” signaling a radically different second half (in turn illustrating Ocean’s preoccupation with duality). This section feels totally distinct, featuring a killer verse from Outkast’s Andre 3000 on “Solo (reprise),” the Beatles-infused “White Ferrari” and the tumbling and confessional “Seigfried.”

Blonde is both albums at once. Ocean’s cohesive theme of duality extends even to the title. The word “Blond” itself is one of the few words in the English language with both a male and female version. (The album is spelled “blond” on the cover and “blonde” on iTunes and Spotify.)

I can point to objective aspects that I adore, but what makes Blonde so special about is that it materialized to meet me exactly where I was. It’s an album about moving on, about trying to connect with the people around you, about the end of summer. Blonde builds to–and ends–with “Godspeed,” a bittersweet farewell to a love that cannot last.

Needless to say, that hit me.

Two years later, I still listen to Blonde about once a week. The appeal of the work is simply limitless. It holds a special meaning during periods of transition. As much as college may appear as a fresh start (and in many ways, it is), we inevitably bring relationships and ourselves, into this new and exciting space.

That’s just as true for me at the start of my junior year as it was moving into my freshman dorm. Ocean’s intimate and infectious songwriting sounds like hearing the end of something important and the birth of something new.

It’s subjective; I can’t say if Blonde will have the same impact on you. But for me, Blonde–or rather the perfect storm of feelings, anticipation and the work itself–taught me how to say goodbye. And that was just the start.

Previous Post:Does “Room for Failure” Actually Exist?
Next Post:Look What You Did, the Freshman’s Got Anxiety Now