I had my first taste of alcohol a few days before the start of my freshman year at New York University. In high school, all of my close friends either stayed on a short leash with their parents or made arrangements for volunteering or studying for tests on the weekends. I never really felt a fear of missing out when it came to high school parties since sleep appealed to my brain and body more after rigorous school days. However, two days after arriving in New York I never felt freer. After two days my friends told plenty of stories about their escapades on campus.

My competitiveness kicked in and I knew that I needed to do something great in the Big Apple before midterms and finals made everything too real.

I had officially moved into my dorm in New York City. The warmth of the sun during the summer days and the warmth of the city lights at night gave us plenty of time to come up with things to do since we had a week before classes kicked in. My plans included attending the hundreds of school welcome events happening, but a close friend from home suggested other plans.

Towards the end of the week, she suggested that we attend one of the New York parties that college students from other schools would attend. Although choosing to attend a party happens rarely for me and I didn’t know many people, I agreed to go anyway. It turned out more excitement awaited me than I expected. Upon our arrival, the city street made little noise, as quiet as Manhattan can get during the late hour of 10 p.m. However, as soon as the door buzzed and we went up the stairs a completely different scene engulfed our eyes.

Purple and blue lights lined the walls as we ascended a swirling white staircase. A long line for the bathroom started wrapping around the corners of the New York-sized apartment space. I figured since the first floor seemed so small I could relax and not stress about my first wild college party experience, but in a matter of minutes this notion expelled. Somehow the owner managed to fit a beer pong table at the top of the stairs. Across from where the beer pong table provided refreshments, a kiddie pool decorated the entrance to the rest of the balcony. The balcony of the apartment continues to hold a special place in my memory. The incredible views mirrored the balconies in blockbuster movies. Looking out over the balcony, I felt like the main character of my favorite musical. Right there at the edge of the balcony under the stars signified my entrance to New York City.

It felt like a dream as we made friends with other freshmen trying to find their place in the big city. However, I soon realized that as my surprise faded so did my fascination with the party within an hour. On the other hand, my friend from home became the party. Since most of my friends don’t drink, I never ended up in many situations that included confronting one’s drunkenness. On my first real night in New York, time ticked a bit past midnight and I realized that I really didn’t know how to take the subway back without my very drunk friend.

I had already conversed with everyone at the party and danced for a bit to songs I liked and sat on the couch watching others play beer pong. On the other hand, my friend managed to make friends in the kiddie pool and escape out of her shoes for the remainder of the night. I tried to track her down to leave, only to find out that after three cups of mystery juice the party had just started for her. Listening to the voices of my parents in my head, I definitely did not want to take a cup without knowing the contents of it. “I need more jungle juuuuice,” my friend said with a smile before I could even come up with the words to say I’m ready to go, out from my permanent spot on the couch.

I waited another 30 minutes while contemplating whether I made the right decision of coming to a party without a backup plan on getting back. However, after I met other non-alcoholic attendees and chatted about how our first week on our own panned out, soon enough I felt calmer about the experience. When my friend finally agreed to leave I did my best to keep her focused on going back to the dorms. Ironically her intoxicated state of mind got us there better than my limited experience with the subway, which could have brought us to an unknown street in Brooklyn.

Despite not drinking and freaking out over how I would get home, it turns out that if my friend never forced me to stay an extra hour as she tried to argue the beer guy down for more jungle juice, it wouldn’t have turned into one of my favorite memories of my freshman year. Now I always remind myself that although it may seem like you don’t fit in or the appeal of a situation dies down, it can only go up from beginning to end. 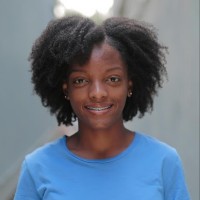 TBH, Shouldn’t We Always Be Honest?
Next Post: Ready-Made Friend Group: How an In-State Roommate Blessed this Out-of-State Freshman