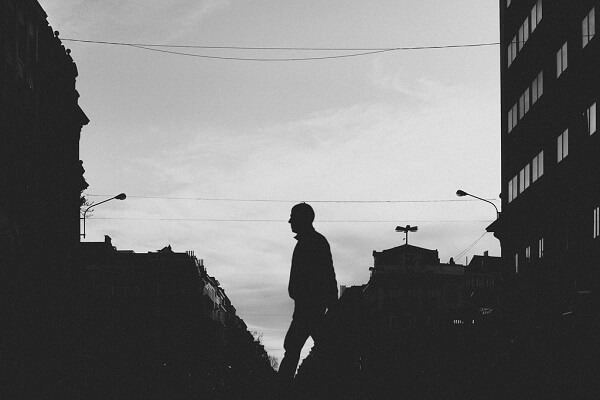 Finding Peace with My Empty Room

The sounds of people partying, having sex, getting drunk and screaming at each other surrounded me, but my room remained still and quiet. Night after night I sat alone with my books and my computer, each a conduit to the outside world. Real, electric life existed on the other side of my door, life not funneled through third-party experiences. I don’t know why I couldn’t just open the door and touch it, but somehow I carried the stillness with me. I remained insulated, even as I scrabbled for connection.

Although I was a bit of a loner in high school, I felt certain that I could turn things around in college. I looked for friends everywhere from the Sellery Hall Ice Cream Social to the weekly Creative Writing Club meetings, but I didn’t feel any real connection to anyone. I could spend all day talking to people, but each night I’d still come home to the same silent, empty room feeling numb and defeated. Eventually I did the worst thing possible: I became reclusive. I couldn’t handle another empty interaction.

In a matter of months I slipped into the kind of isolation prisons use as punishment. I turned all my attention to school, sometimes studying for more than 15 hours at a time. I wanted to distract myself from the twisting panic in the pit of my stomach, the realization that my life might always be this way.

With the first failed interaction of my freshman year, I convinced myself I could be alone if I just got over this nagging loneliness—but the human brain isn’t wired that way. No matter how many times you assure it that isolation is acceptable, it still soaks in the chemical cocktail that our emotional state knows as loneliness. The human brain demands companionship, but some of us can’t supply it.

The night before my General Chemistry final I came across a Reddit thread discussing loneliness in college. Dozens of people poured out their stories about spending four years alone in their dorm, followed by another 20 years alone in offices and apartment buildings. For decades they hoped someone would come along and save them from their loneliness, but the pattern of their lives remained unchanged. The bizarre pocket of society I’d found myself in suddenly became real. Dozens of people who could never find a way out of their own empty, still little rooms, their stories just like mine. The fear that twisted in my stomach for months finally washed over me. I set my computer down and cried.

Urban isolation is the strangest thing. Cities are so bustling and vibrant, but before I left home I didn’t understand that they’re optional, too. I thought I’d automatically intertwine with the community, but I quickly found that it isn’t so easy. While I did make some rookie mistakes, I also made a real effort.

Eventually I’d have to stop calling this a bad year and accept that loneliness is a permanent part of my life. But until I’ve exhausted all of humanity, I owe it to the lonely lizard part of my brain to keep trying.

In two months I’ll start my sophomore year. Although I may not have the kind of experience I hope for, I know if I end up in another empty room I won’t be an anomaly. The lonely people in society have become an open secret, an epidemic without a headline. Part of me wants to start a club, Losers Anonymous—though the fact that we want to remain anonymous is part of the problem.

Maybe it’s up to me to live a rich life regardless of who’s in it and to feel things whether I have someone to share them with or not. Maybe by going back into the room I will find peace in isolation, willing or otherwise, and the confidence beneath the shame. If isolation stands not as a condition but a state of mind, I’d like to change my mind. Ultimately, though, I’m holding out for a friend.

Renee Jerome is a cat lover, an outdoorswoman, and a night owl. She’s currently a sophomore at the University of Wisconsin-Madison studying chemical engineering and English lit.

Previous Post:How Mono Made Me A Better Student
Next Post:The 5 Types of Summer Flings You’ll Miss in the Fall