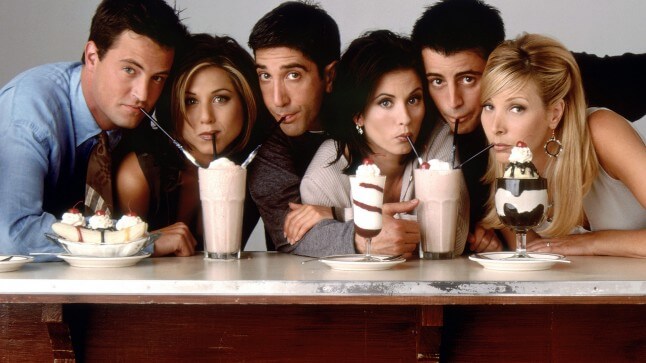 The Digital Façade of Friendship: Why I Stick To Real-Life Relationships

“Hey, I’m Dallas! I noticed you were into rock climbing from your profile picture. Are you thinking about joining the club team if you go to UVA?”

The Facebook page for the UVA Class of 2017 began as a platform for prospective students to communicate their shared excitement, questions and anticipation regarding the college application process. During the long stretch from November to January, we were all trapped in the same purgatory of unknown fate. I sent several messages to other seniors, establishing a network of “friends” from all around the world. We came from different backgrounds, but shared a common goal.

When early action decisions were released on January 11, the Facebook page’s harmonious environment was shattered into a chaotic entanglement of joy and disappointment. There were comments from angry students claiming they hated the school and never wanted to go there in the first place layered in between comments from students who had already submitted their deposits.

I immediately stalked my online friends’ Facebook profiles to find any evidence of their acceptances. If I knew they had also received golden tickets, I sent messages and we expressed our shared excitement with way too many emojis and exclamation marks. It was as if we were all partaking in a celebration with digital confetti and champagne.

I suppose the shared connection we had all felt made us feel more alike than we actually were. The Facebook page for the Class of 2017 ultimately produced a digital semblance of similarity.

Even after we shared the excitement of our college acceptances, my online friends and I didn’t maintain solid friendships. There was one girl who I had messaged back and forth for months before arriving at school in August; I even helped her find a roommate online. When we finally met in person, we hugged, had a short conversation and then never talked again.

After two years of pretending not to see each other around Grounds, I finally saw her in the middle of my 300-person Social Psychology lecture one day. As I stared her way, I wondered how I went from someone she trusted to absolutely nothing. So, I decided I would talk to her before class the next day. After all, we were in the same class, so maybe the similarity theory would resurface.

The next morning, I checked my phone and saw a notification from my Followers+ app. I had lost a follower on Instagram. Of course, it was the same girl I was about to approach. How did she follow me all this time and then conveniently decide to unfollow me the day I was going to talk to her? I had to restrain myself from passive-aggressively “liking” all her posts.

In retrospect, she made the right move. We weren’t friends. Eventually, one of us had to bite the bullet and click “unfollow” in order to demolish the digital façade of friendship that social media created.

I began reflecting on my real-life college friendships that began as mere encounters and developed naturally over the last two years. None of them were pre-planned or rushed like the batch of original Facebook friends lingering in my newsfeed. Some of my best friends came from impromptu backpacking trips, late night study sessions, getting trapped in the art building and joining 87 clubs when I was a first year. True friendship ultimately can’t be rushed or planned like social media falsely promises.

Instagram girl still hasn’t unfriended me on Facebook so until she does, she will float on with the rest of the ghosts of failed friendships past — all trapped souls caught between a stranger and a friend. I don’t mind, because living among the ghosts are my true friends who exist beyond the screen. I guess sometimes it takes Facebook ghosts to make legitimate friends more visible.

Previous Post:Communicate Through Art: The Graphic Design Major
Next Post:A Rookie’s Guide to Breaking into the College Music Scene