So you meet “somebody sexy” at the club and are thinking about taking him or her home, but does the idea of asking questions about his or her sexual past or relationship status cross your mind?

“Hooking up with a relative stranger is typically self-focused, impulsive and immediate-gratification oriented. The part of the brain that makes careful, informed decisions is bypassed and the primal pleasure circuitry is amped up. So thoughtful questions go out the window,” said Linda Young, Ph.D., counseling psychologist and blogger for Psychology Today, in an email interview.

Generally, students may assume that the person they’re just meeting is both single and STD-free, but these assumptions can lead to hook-ups with no important questions asked beforehand. “When the pleasure-driven body is craving sex but the values-driven mind is saying no, in a high state of arousal, the present focused body shushes the mind to escape the conflict,” Young said. “[And] alcohol is usually involved, which short-circuits rational decisions even further.”

Whether it’s the liquor talking or the nerves and uncertainty of bringing up the topic, assumptions can happen. Why?

“Most college students are drunk when they hook up or are just too naive to believe they can actually get an STD,” said Ryan Minish, Seminole State College sophomore. “[Asking about those things] might offend the other person or they just want to think ‘what they don’t know won’t hurt them.’”

Young added that “[when] assumptions are made beforehand, they might be driven by stereotypes…If they just assume someone is single it's either wishful thinking or because that person is acting how they do when they're single.”

No matter what the reason, assumptions can have serious consequences, such as STI’s or even drama with a girlfriend or boyfriend that you didn’t even know about, according to Young. So how can someone avoid getting caught in these situations?

“Protection is key. If a guy doesn’t carry condoms on him or refuses to use them, those are underlying hints that I shouldn’t be hooking up with him in the first place,” said Erin Sharifzadeh, a Valencia Community College sophomore.

Young also suggested two ways to bring these kinds of questions up in conversation. Warning: you'll probably experience awkwardness in both situations. “The first way is simple and direct. Just picture yourself asking what you need to know and practice out loud until they sound natural and feel less awkward. The second way is with humor or cleverness. For example: ‘I can tell a lot of things about you just by looking at your palms.’ Take his or her palm and stare at it. ‘You've broken at least three hearts. You've never been tested for an STD. You're single but you have an ex who thinks you're still together. How accurate am I?’ Exchange honest answers. If your partner responds with evasiveness, don't hook up!”

Next time you’re about to get hot and heavy, protect yourself by asking a few simple questions. It may be awkward, but by not assuming, you can help yourself out in the long-run. 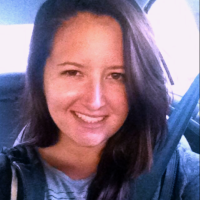