You are here: Home / Life / Why You Shouldn’t Worry About Your Freshman Year Roommate

Along with everything that college freshmen have to worry about, they usually worry about whom they’ll room with. I know I struggled a lot with that. I have had my own room for years back at home, so I didn’t know what to expect. I expected that sharing a room with a stranger might be different from sharing a room with my sister when we were kids. If my sister bugged me, I could complain to my mom. What would I do with a roommate? Everyone gets caught between a mixture of “Will we become best friends and each other’s bridesmaids?” or “Will we become mortal enemies and have a miserable year?” Many get lucky and actually make lifelong friends. At my university, some accepted their fate and had a random roommate assigned while others opted to choose their roommates on Facebook. I didn’t like that.

You can’t know people’s living habits from seven pictures and a 200-word post about their goals and interests.

I didn’t have to worry about that though because I didn’t have a roommate. I didn’t plan for that to happen, either. The university assigned me to a “small double room,” a room even smaller than the already small “double rooms.” My room could not have fit two people comfortably as the other rooms would. They had the beds bunked, and the room had one closet, one set of drawers and one desk.

On my floor, no other rooms had the same set up like mine.

Luckily, I moved in first. After talking to the girl who would have become my roommate for a month, she saw the room on move-in day and turned right back around. She brought so much stuff and realized that she couldn’t put it anywhere without taking my space. This happened again during the spring semester. Housing assigned me a new roommate and I had to move all of my stuff. Then, she decided to go somewhere else after she saw the tight space.

This left me with the room to myself for the whole year, which seemed great at first. Every girl on the entire floor came over to see the legendary small room and to hear how I ended up solo. I always heard things like, “you got so lucky” and “I wish this had happened to me” among others. For the first few weeks, I agreed with them and felt pretty excited about how this ended up playing out. I decorated the room how I liked, I stayed up as late or got up as early as I wanted and didn’t worry about sharing my living space with someone else. I even used the extra bed as a couch and moved all the furniture around.

This contentment didn’t last for long.

As I spent time on campus, I learned that: making friends in college turned out harder than I expected. Having a roommate doubles as having an assigned friend. While I saw everyone eating out with their roommates and staying up laughing and singing until 3 a.m. until the RA complained, I spent a lot of time on my own. I had to work harder to make friends, and I did, but having a friend you live with differs from a friend you only see in class. College students simply don’t have much time to hang out every day. Sometimes, I really wished I had someone to drag along with me to clubs I wanted to try or to vent about how four exams in one week would crush me. All of this left me lonely most of the time.

I like to think of myself as an optimist, so I decided to find the good in my situation.

Spending time by myself made me comfortable with myself. It may seem weird, but I found that I’m only my best self, when I understand myself. I learned to like keeping to myself, even if I didn’t always want to. I went exploring my college town whenever I could, and I forced myself to go to meetings and events even if I felt weird about going alone. I do believe this was beneficial because now I’m a sophomore and I do so much now that I wouldn’t have done as a freshman. Now, I take more chances and don’t get scared to start conversation and put myself out there. I didn’t realize it then, but every situation has the good and the bad.

No matter how bad you think your roommate acts, not having one at all can suck.

You can’t have a true college experience until you’ve had at least one roommate. So, enjoy it in all of its bittersweetness. Currently, I have three roommates, but apartment roommates are better than dorm roommates (do not quote me on that yet). Besides, what else would convince you to sign up for that yoga class or the karaoke club unless your roommate drags you to try it with them? 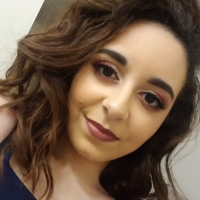 The Top 10 Vegan-Friendly Campuses
Next Post: 24 Things to Do in Athens in 24 Hours