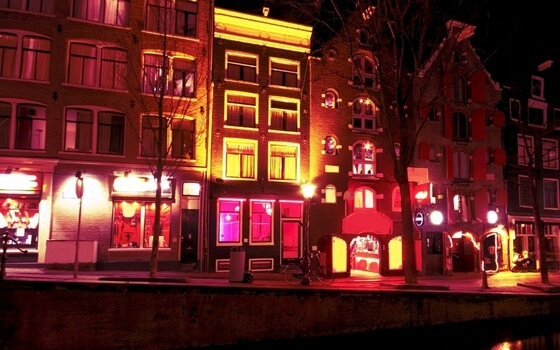 Valeria DelgadoMar 12, 2012
Home » Latest Posts » 10 Things You’ll Probably Do While Studying Abroad
FacebookTweet
Every semester, thousands of American students choose to spend a few months overseas. While study abroad programs may vary, there are some experiences almost every U.S. student will have. Here’s a list of the top 10 things most will do while abroad:

1.) Ignore electronics
When living in a city where the possibilities of roaming new streets are abundant, many students find that they spend less time using technology. Individual charges for text messages and calls make phone usage unappealing. Many only use cell phones to connect with people back home. The same goes for social network sites and laptop use.
“I only used the Internet when Skyping with my boyfriend,” said 20-year-old Penn State University student Emily Estrada, who studied in Italy. “It seemed silly to go online when I had the chance to explore Rome instead.”
2.) Navigate the metro

For students who are not familiar with a subway or train system, living in a metropolitan area will lead to plenty of amateur stories. It’s not always easy to decipher a bunch of lines and colored dots. Add Greek accordion players, Spanish guitarists and Czech fortunetellers to the list, and you will have a confused American. This confusion will only last a few days, as students eventually learn to master the art of navigating public transit systems.
3.) Fall in love
Without the stressors of every day life, exchange programs make it easier for study abroad peeps to fall in love. The idea that you have five months to enjoy an untainted relationship is magical. From someone who has experienced it, I can say that falling in love while exploring a new culture is the best feeling. Many people are lucky enough to have this last longer than a semester. For those who don’t, there’s always the memory of that foreign romance.

“My first night in Berlin I couldn’t wait to order a shot,” University of Central Florida sophomore Mary Kegan, 19, said. “It was cool that I didn’t need a fake.”
She’s one American who has enjoyed the perks of lower age drinking laws abroad. The fact that some places don’t have open container laws also allows for outdoor parties and pregame sessions in plazas. This is why U.S. students who don’t make the cut here tend to experience underage drinking to the max. With pub-crawls being a cultural journey in some countries, getting wasted is part of most unofficial itineraries.
5.) International potlucks
Whether it’s planned by a program coordinator or by a bunch of awkward roommates, potluck dinners are part of study abroad culture. These set the mood for perfect icebreakers and allow you to try food from different places without spending a fortune.
6.) Forget the bank account
You know when you’re on vacation and don’t think twice about paying? Imagine five months of that mentality. American exchange students tend to spend quite a bit of moola during programs abroad. Whether you’re paying in euros or pesos, you’re likely to forget that there was an original budget. This might not be sane but at the end of the day remember that you’re only young once. Might as well swipe that card!
7.) Real hostel experience
Against popular belief, hostels aren’t always the sewers of travel hot spots. Some of the best study abroad stories actually come from hostel stays. There’s never anything dull about sharing a room with seven strangers, half of which spend their entire stay wasted. U.S. students enjoy staying at hostels because these are inexpensive, strategically located and usually host huge parties.
“Spending Halloween there [Kabuk Backpacker’s Hostel] was rowdy,” Scott Neimath, 20, said. “I’m not sure what happened, but I know we had fun.”

Find schools
8.) Smoking in Amsterdam
Even non-smoking American students are tempted by the idea of taking a hit in Holland. It’s no surprise that many make a weed stop in Amsterdam. It must be hard to resist addicting brownies and puffs of legal cannabis, which can be found in almost every corner of the city.
9.) Food-sick?
Supermarkets in foreign countries aren’t always as large as those in the states. In Spain, for example, shoppers have three aisles of supplies. At the beginning of the semester U.S. students enjoy the new selection, but eventually they start needing American comfort food too.
“I missed waffles and Easy Mac the most,” Bernadette Higgins, 21, of Boston University said.
10.) Reverse culture shock
Upon returning to the U.S. it’s normal to experience some form of reverse culture shock. Students will miss their international friends, ample supply of culture and occasional backpacking trip. Just remember that while you’re getting back to reality, someone new will be able to experience his or her own adventure. Bon voyage to them!
Photo: at http://diverseeducation.com/article/13087/
FacebookTweet
Life Study Abroad