I Switched My Major Four Times in Two Years

When choosing a major at Boston College, they ask you to focus on three specific questions: What gives you joy? Are you any good at these things? Does anybody need you to go these things?

I heard these questions so many times that they became monotonous. I had no meaning to give them and I had no way to apply them to my life. For awhile, I pushed them aside as a later problem.

Coming into Boston College, I was a pre-med and math major. Fun, right? I was in a terribly exciting field. One that, I later learned, I truly had no care or interest for. But math and science were “my thing” in high school. They were what defined me, they were the basis for all the hard classes I was taking and they were what my parents pushed for me to study.

Unknowingly, I had created an identity for myself that was not really my own, but my parent’s and my school’s. I never understood those questions to their full extent. Until now.

I’ve changed my major a total of four times in the past year and a half, and I’m only halfway through my sophomore year. Who knows what other identity changes I’ll undergo? But I do know that after these four drastic switches in majors, I’m beginning to understand the complexity behind the answers to those three questions.

I arrived at Boston College as a Pre-Med Math major. I was on a hard, long and difficult path. It was going to be particularly terrible because I absolutely hate science. I didn’t fully realize this until I got to BC. I saw the list of classes for each major and realized I was far more interested in the humanities and mathematics courses rather than biology, chemistry and physics, bleh. It was just not for me.

My first semester I took a fairly difficult math class and a couple of other random courses to fill requirements. I was fairly interested in my math class, and was doing well in the course, so I didn’t question anything. I was taking a religion course that I was not particularly fond of, so studying theology for me was completely out of the question. Similarly, I had a climate change course and an English class. Both were interesting, but nothing I was particularly fond of.

I did find my English class pretty easy, though, which made me begin to wonder if an English major was something I would pursue. However, I quickly removed the idea from my mind. I was a math major, and that was that.

Going into my second semester of my freshman year, things changed a bit. I was taking a very difficult math course and many other varied courses, again to fill requirements. The first difference I noted was that: math is hard. Math was so incredibly difficult for me that I ended up dropping the course entirely. I felt super discouraged. Not only did I feel as though I had let myself and my parents down, but I felt that I had strayed from my path. Moreover, I felt that my lifelong dream had rejected me.

I was no longer “Carolina the math genius.” I was just “Carolina”. Math stopped becoming a defining factor in my life. During this time, I also realized how much I loved the literature course I took. Not only did I love my professor, but I found myself engaged in all the readings and eager to participate in class. I even loved exams and papers in that course. I suddenly became aware of how good I was at English, and how much better I was at it than math. Math had always felt natural to me. But now, math was leaving my mind and English was beginning to feel right for me.

As the math major courses grew more difficult, I became more and more disinterested in what the major had to offer. I realized perhaps this major wasn’t for me, after all. This was and still is something that is hard for me to come to terms with. By the end of freshman year, I had officially become an English and math double major.

When choosing classes for sophomore year, I decided to take some English courses, math classes and a few other classes to see if there was anything else I was interested in. One of these was econ. My parents had told me about how important economics was to take for any major, because it offered important knowledge about the economy and society. I decided to try it. I enrolled in micro economics for my sophomore year, excited to see what it was all about.

During this first semester of sophomore year, a couple new things happened to me. First things first, I fell deeply in love with English. For example, I took a class called Studies in Narrative. Not only is the professor absolutely fantastic and a true genius in his field, but he made the course super interactive and discussion-based, which is perfect for English majors. As I took harder and more major-specific courses, I enjoyed English more and more.

I realized this was the complete opposite with math. When discussing future math courses with my advisor halfway through the semester, I began to understand the material that I would be studying in future years. I also began to understand how uninterested I felt in it. I realized that I did not like proofs or abstract math, and just did not want to study it anymore.

Through all the cheesiness, I became astounded by how much happier I was as an English major. I still kept math, making it a minor because I had so many of the requirements done already, but it felt good that the stress of being a math major was no longer there.

In the meantime, I was also beginning to really enjoy economics. From the beginning I found myself fascinated by the class. I enjoyed coming to class, participating in class and I even enjoyed test taking. In the beginning I thought I was just good at econ, but I realized I’m good at it because I like it.

From there, I decided to take up economics as a major as well. I decided this would be a perfect place to integrate my math skills and apply them to the real world, a world studied by econ and English majors alike.

Through this vast exploration and through the many identity changes I went through, I allowed myself to find what my true interests were and what I was truly good at. I finally understood the three questions that BC asks its students while they are choosing majors. What gives you joy? Are you any good at these things? Does anybody need you to go these things?

I found the subjects that I was not only good at, but also truly passionate about. I was able to connect them and find overlaps in a way that make me better understand what my purpose is in life and perhaps where I am headed. It’s not that I know everything, or even that I already set my life on one specific path. But I think that experimenting with courses and letting yourself truly be passionate about certain fields is fun and healthy. Don’t be afraid to follow your passions. When I let myself follow my passions, I became so much happier and more motivated in school.

Carolina is currently a sophomore at Boston College majoring in Math and English. She is on the club water-polo team and starting up a club for female math majors. 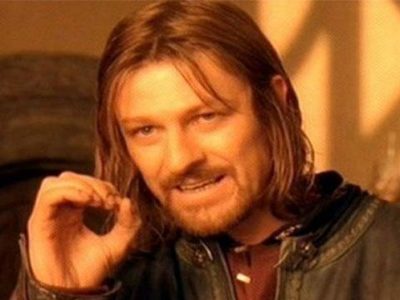 One Does Not Simply Graduate College with a Life Plan 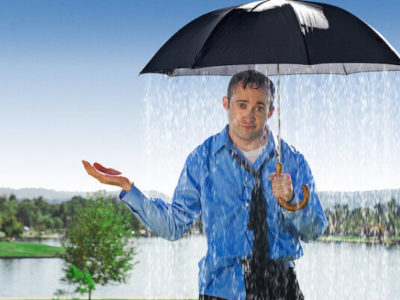 The Dropout: When My Life Plan Went Out the Window

How to Have A Most Excellent Finals Week at UMW
Next Post: 10 Movies and Shows on Netflix for Taking a Finals Break