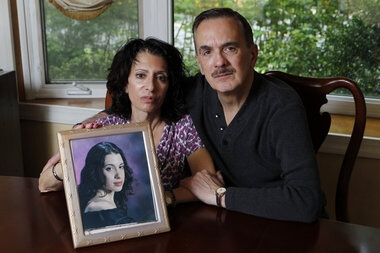 A child's death is an immeasurable tragedy for any parent, and having to worry about paying off that child's outstanding student loans adds an incredibly amount of pressure on people that are already deadling with some trying times.

When Amanda Greenhalgh died suddenly at age 24 in 2010, her father and grandmother became responsible for paying nearly $120,000 to Sallie Mae for the student loan that Greenhalgh obtained to pay for her education at Penn State University, according to The Star-Ledger.

Though Sallie Mae has a death and disability policy that forgives loan debt if the borrower's family can provide a certificate of death, Greenhalgh's familystruggled to get in touch with Sallie Mae, and were constantly being forwarded to a call center in the Phillippines.

The loan was not forgiven, The Star Ledger reports, until the family contacted Bamboozled, The Star-Ledger's consumer affairs column.

This is not the first time that a situation like this occurs. After Christopher Bryski, a Rutgers University student, died in 2006, his family had to pay nearly 40% of his $50,000 debt before his loan provider, KeyBank, finally forgave the balance.

Following the Bryski family's ordeal, Congress introduced a bill called the Christopher Bryski Student Loan Protection Act. The Act, which would require lenders to make their death and disability policies clear to borrowers and outline what would happen to the loan should the borrower die, did not pass in the Senate.

Photo by Jerry McCrea, The Star-Ledger

Previous Post:Sure Steps to Getting an Internship
Next Post:Casting Call: How your liberal arts degree can land you in the entertainment biz