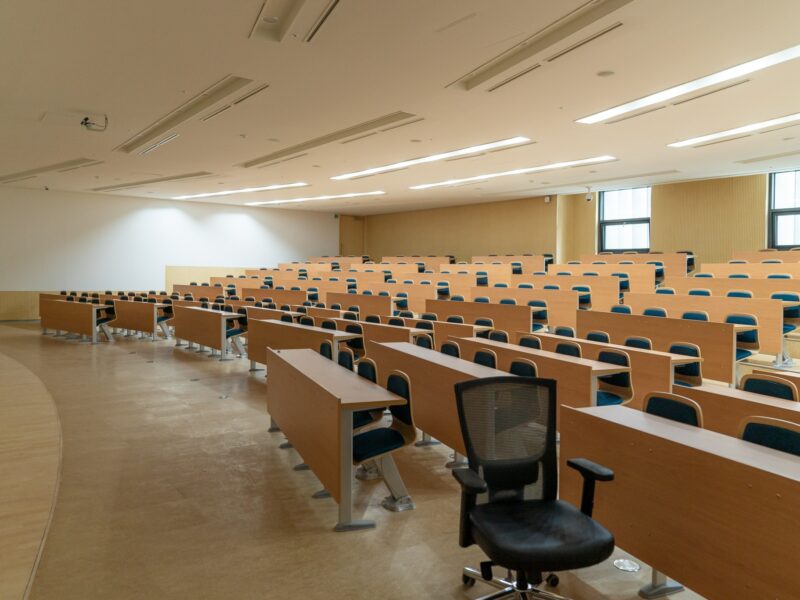 When I transferred to Florida State University from a community college in Orlando, Florida, I was like so many students when they leave the nest for the first time, ready for new experiences and eager to be on my own. I’d never been to Tallahassee, and didn’t know anyone, but wasn’t enough to blot out my excitement. I’d spent my first two years attending college with my family all around me and alongside a lot of friends I’d known for years. In my head, I was going to leave Orlando for a while, do university with minimal drawbacks, and then come back flawless and victorious as the first in my family to get a degree. I was not ready for the stress I was about to feel.

The first couple months went quickly; meeting people, attending a few parties, and getting accustomed to classes. It was all average stuff. Then, in one week, I forgot to write an essay and bombed a test. Those two things, paired with the fact that I was noticing on social media that old friends of mine were failing out of school, put me over the edge. I was scared as hell. The work at the university was harder than the general courses I’d taken in community college, and I couldn’t make the kinds of mistakes I was making and still make it out alive. I needed to be the first person in my family to graduate from a university. And, I didn’t want to become a stereotype or statistic – to become an African American dropout. In hindsight, I think it was good that I was motivated, but I took it to an unhealthy height. I stopped going out and neglected to put time into making friends. Any friends I had started to make, I slowly lost contact with. I forgot about plans I’d been forming to join a sorority, and I started beating myself up if I wasn’t working on something class related.

This all came to a head around my third semester after transferring. I woke up to a call from the from the university’s health and wellness center, a couple hours before class. I’d paid a visit to the center the day before, and the nurse that had examined me told me as sensitively as possible that I might have lymphoma cancer. She paused. I’m pretty sure she was waiting for me to explode into emotion, but when I didn’t respond, she slowly went on to explain that it was unlikely, but I should get a second get a second opinion. I thanked her, we hung up, and I got up to get ready for class.

It was strange, – more than strange, it was insane – but immediately after the call, I just went through the motions of getting ready like it was any other day. My most panicked thought was that I didn’t have time for this kind of thing when I had the due dates of two final projects coming up. By this point in my college career, I’d become so good at compartmentalizing, at shoving away any distractions, and stomping down any emotions, that it hadn’t even occurred to me that maybe I should slow down to think about what I’d just been told. I just hurried to class, telling myself that I’d deal with it later.

In class, with the teacher slowly droning on, I did find it harder to pay attention than usual. I fidgeted. The realization was slowly dawning on me at the most inconvenient time, while I was trying to pay attention to discussion, but I was still trying to play it off and take notes. Then my phone rang, and I recognized the number as the school’s health center again. Answering as I walked out of class, this time I was informed I was speaking to the doctor from the day before, and she informed me that she’d examined the x-rays again, and she was pretty positive it wasn’t a cancer she was looking at. She apologized for what the nurse had told me. I forced a laugh, and we said goodbye.

Unfortunately, the damage was already done.

Still feeling shaky despite the good news, I went back to class. And then to my next class. And my next. In the last class of the day, the professor explained that we’d be making a portfolio of work that we’d done while in college to show off any experience we might be able to use to get an internship. To my dismay, I hadn’t accumulated very much experience in the field I was going into, and with a quiet horror, I realized that most around me had already at least dipped a toe in the water of their future careers.

After class, as everyone else rushed out, I asked the professor for pointers on what I might be able to put in my cover letter and resume, and we sat down to brainstorm fluff to go into my cover letter. At once, and to his shock, I burst into tears. I couldn’t focus on whatever advice he was trying to give. I was mortified. My breakdown was completely incongruous with what was happening with the assignment — or any other assignments or finals I had coming up. After a few minutes of trying not to hyperventilate, I finally explained to my professor a little of what had happened with my doctor, and he calmly told me about the university’s counseling center. If I hadn’t been so clearly unhinged, I might’ve scoffed at him. That situation notwithstanding, I’d been the compartmentalization queen. I had never needed to talk about my problems before, and I didn’t want to start. I mean, as the doctor had said, I wasn’t even sick. Accept for the average finals mania, I should’ve been okay. But, as I walked away from the classroom, I thought more about it. I was still fighting tears as I walked down the street to the bus stop, but I had hope that I’d just get over it somehow.

The whole way home on the university’s shuttle, I was like a leaky faucet, and still wondering why I was so upset. I didn’t have time for this, I had projects to do. But it was like the drama with the health center had ripped a seal off. Every single anxiety I’d clamped down on since coming to the university was bubbling up and trying to make its way out of me in sobs. I managed to keep it all together until I got into my room at home, where I lost it. All I could think about was how I couldn’t think of even one person I could speak to honestly about anything. I also thought obsessively of not failing, which was irrational because I wasn’t really in danger of failing anything. That night and the next day went on the same way. I was constantly on edge, a few depressing thoughts away from losing it all over again. Whatever hole had opened up, I was having a hard time closing it again. It was pretty much clear then what I needed to do, and I knew I couldn’t wait much longer to do it.

The next morning, I skipped class for the first time and went to the counseling center.