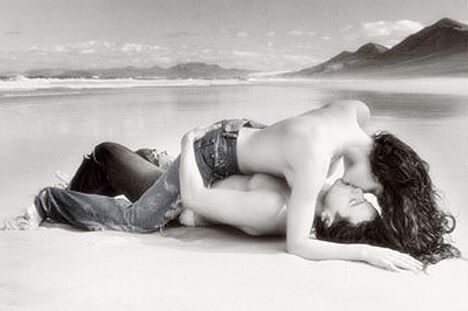 Sex on the Beach: It’s a Shore Thing

The seductive squawks of seagulls. The intoxicating scent of SPF 50. Sand wedgies. What could be more romantic than sex on the beach? Blame it on summer’s skimpy swimwear and heated hormones, but it’s no secret that a shag in the sand tops bucket lists of students everywhere. As summer crawls on, CM readers share their steamiest tales from the shores.

“I would totally do it again,” says University of Scranton senior Lindsay Greene, whose sex on the beach played out like the pleasure-filled fantasy that most people dream of.

“It was 5 p.m., the best time to be on the beach. We laid out a sheet and had another sheet covering us,” says Greene, who described her experience as romantic and peaceful. "There were people around but not very close so it wasn’t noticeable . . . it was actually great.”

To score the ultimate sex on the beach, Greene advises waiting until the late afternoon hours when the beach is quieter and cooler. She also suggests doing it with someone you care about (think less Spring Break sloppiness, more relationship romance), which will make it more special.

For many, however, it’s all about the spontaneity and unpredictability, and involves little (OK, zero) planning. Sure, the someone-could-catch-us-at-any-second rush only adds to the excitement in the heat of the moment, but ogling passersby may make things complicated—not to mention awkward.

University of Florida junior Jason Hall was on a dinner date in Ft. Lauderdale when, after a stroll along the beach, he and his girl were in the mood to spice things up.

“People were watching from three different balconies,” Hall says. “It was definitely funny.” Once they realized what was happening, the couple bolted to find a more deserted area where they finished up in peace. The conclusion? “Don’t wear jeans,” says Hall, “and girl on top means less problems with sand.”

Danny Myers, a senior at Penn State University, also got caught with his girlfriend one night on the beach in Atlantic City.

While hanging out by the water the couple assumed that the nightfall provided a good enough cover, and they got down to business. What Myers and his girl didn’t expect was the random photographer who started snapping shots of their now less-than-intimate act with a disposable camera.

“He just came out of nowhere, I guess he thought it was funny,” Myers said. “Luckily we still had most of our clothes on, but it was so creepy.”

Myers immediately yelled and chased the peeping paparazzo, but wasn’t able to recover the scandalous shots.

With so many opportunities for catastrophe, does sex on the beach always live up to its hype? Sorry to burst your beach ball, but many veteran rompers agree that the act is not all it’s blown up to be.

“Overrated!” says University of Delaware senior Samantha Gold, who had sex on a beach and in the Caribbean Sea. “It’s more of a touristy ‘must do’ rather than an amazingly romantic experience,” she says. The least attractive part? “Getting sand in certain places of your body is not so hot.”

Sex on the beach conjures images of wild passion against the backdrop of crashing waves and a fiery sunset—not to mention a partner with a Baywatch bod. In reality, elements beyond our control (ahem, scumbag photographers) will determine just how magical your fantasy will be.

Note: Names have been changed