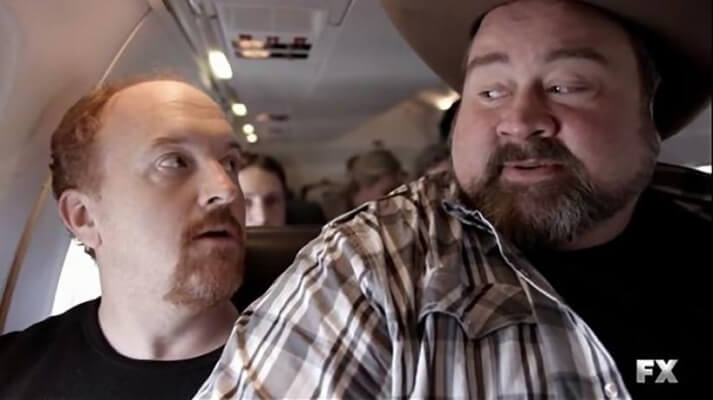 What Nobody Tells You About Studying Abroad

Amanda NeroMay 11, 2016
Home » Latest Posts » What Nobody Tells You About Studying Abroad
FacebookTweet

I finally reached those milestones: I turned 21, spent a semester living roommate free and thought I had the balancing act of the dreaded junior year down—then I went abroad. Here’s what they tell you before studying abroad: Culture shock is no myth, don’t lose your passport because it’s a headache for everyone involved and have fun because it’s the experience of a lifetime. What they fail to mention includes pretty much everything else.

I spent the second half of my junior year in a small city in Northern France close to Paris, but, as I would find out, perhaps not close enough. I studied at Sciences Po, a prestigious French university on a campus of roughly 800 students, which felt like a downsize from my home university, the University of Missouri, of close to 35,000 students. I knew some French but not always enough to breach the barriers of the French natives in the town.

I considered myself as the perfect candidate to go abroad. As an avid traveler and a fairly independent woman, I wanted to see more of the world than just my university’s campus since week two of freshman year. I naively thought I knew exactly what I was in for and never expected anything to throw me for a loop.

Oddly enough the little things didn’t really surprise me. I knew there would be missteps on the way like taking the wrong train from the airport the first day I arrived. Not knowing how to ask for directions in French led to me lugging my stuff on and off trains in the rain for hours. I imagined the stores would be different and sure enough I held up a line at rush hour during my first trip to a French supermarket because I didn’t know to label and price the produce myself ahead of time. I predicted that the French grading system would be different than the American system, and yes, I did misinterpret how well I actually did the first few weeks of classes.

I accounted for all these things ahead of time. I knew I’d fumble and face some initial turbulence while shifting my life from one place to another. However, I didn’t expect to feel the way I felt during the beginning, middle or end of this experience.

I thought moving abroad would feel glamorous and simple, free of responsibilities and the hassle of everyday chores. I thought I’d mysteriously never need to wash dishes and paperwork would come filled out and signed. Adulthood didn’t cease to exist, though. In fact, things like setting up bank accounts and paying utilities proved even harder in a foreign city and in a different language.

I thought I’d magically become best friends with everyone in my program because we would all need new friends in this very new place, but it was more complicated than that. I didn’t automatically make the friends I would become closest with by the end of the semester. I would go through a trial and error process of meeting and getting to know people. I realized that necessity for companionship wasn’t going to build the strongest friendships and that compatibility is often a game of chance. I wouldn’t meet some of my closest friends until the middle of the semester when class assignments brought us together, or until we bonded over mutual struggles of being abroad. That’s not to say I didn’t make very good friends who I hope will remain in my life, but like any friendship it took time.

I thought that because I’d already been pretty successful in college that my knowledge and study skills would translate and that would be enough. But in reality I found myself at a rigorous school that stressed completely different things than at an American university. At Sciences Po, oral presentations are a large part of your grade in a class and papers require a “problématique,” a French way of organizing a paper.

At Sciences Po I learned that you couldn’t just give an oral presentation for the first time since eighth grade Spanish class and expect to kill it or that you couldn’t avoid cracking open an actual book to write that 10-page paper because the footnotes don’t lie. The French system also helped me exercise brain muscles that I either hadn’t used in years or ever at all. By the end of my semester abroad I didn’t just answer questions posed to me by a professor in my papers or presentations. Instead I came up with those questions and answered them on my own.

As I approach the end of my semester abroad I realized that what they don’t tell you about studying abroad is something lackluster and indistinct. Living in Europe won’t teach you how to solve the world’s problems and your weekend trips to beach towns and big cities won’t unveil the meaning of life. Instead, you’ll learn small things about your resilience to 40-pound backpacks and rude airport employees. You’ll understand better that culture differs even more than you could have imagined and people appreciate when you try to speak to them in their language. While you’ll most likely travel to somewhere exotic and beautiful, your life won’t go from autobiography to fairytale instantaneously.

Nobody tells you that your life across seas will be a lot like life at home, extraordinary at some points and ordinary at others. For me it took a semester to come to terms with that idea, but I took the most from my experiences abroad after I did.

Amanda is a journalism and political science student at the University of Missouri currently wrapping up her junior year. When she isn’t looking for the scoop she loves to watch political dramas on Netflix, scuba dive and search for the best Mexican restaurants in Chicago.