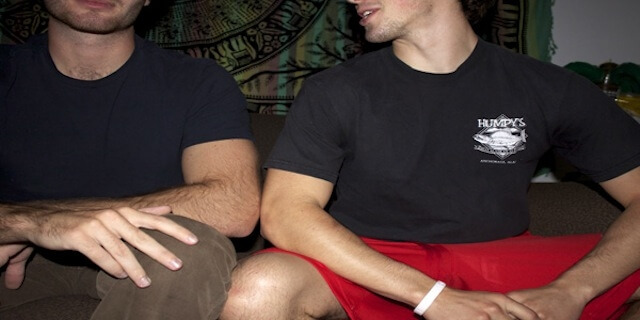 Never Have I Ever…

Melissa RecineDec 5, 2011
Home » Latest Posts » Never Have I Ever…
FacebookTweet

When hanging out, many friends will pass time by playing silly games that began with truth or dare back in middle school. As the years continued, the games developed into more risqué and mature versions. A popular game that many college students will play is “Never Have I Ever.” Most of the time it is used as a drinking game or at least part of one, but nonetheless many students have played it at least once in their life.

Usually this game is played with three or more players and each player holds three or five fingers up and take turns saying things he/she never did. The other players put one of their fingers down for each activity they have done. The person who loses all of their fingers first is the one who drinks. Some people also play it that whoever has done the thing mentioned has to drink on the spot.

CM readers weighed in on things that are popular among college students that they aren’t doing and why:

“I was just reading an article on students taking adderall; I never had the desire to do this. I’m not really one for taking medicine, especially one that’s not prescribed to me. I guess I could have gone to the doctor and faked the symptoms. Or maybe I really could have used it, but I seemed to have gotten by okay without it. I know a lot of students are taking it and they publicly admit it which I think is kind of weird. It makes me wonder if they are doing it just to say they have taken it.” –Stacey Harney, Senior, SUNY New Paltz

“I don’t go to Greek life parties. The primary reason for this is that at my school we don’t have Greek Life, but when I visit other people it’s just not what we do. We have more interest in going to bars because it seems like a better atmosphere. It might sound weird, but I feel that it is probably safer to go to a bar than a greek party, but that’s just what I heard.” –Annie Donati, Senior, The University of Scranton

“I am not having sex. The reason is that I feel like sex should not be defining me as a person. Many girls who are having sex, especially with numerous people, are doing it just for attention or as a self-confidence booster. This is not how I want myself perceived. I have too much respect for myself to be having sex with just anyone. I haven’t met the right person yet.” –Julia Hart*, Senior, Penn State University

“I can say that I have never pulled an all-nighter. I don’t do this because I think that it would be more beneficial to get a few hours of sleep and miss out on studying for that time, than to stay up the whole night.” –Amber Saba, Junior, University of Maryland