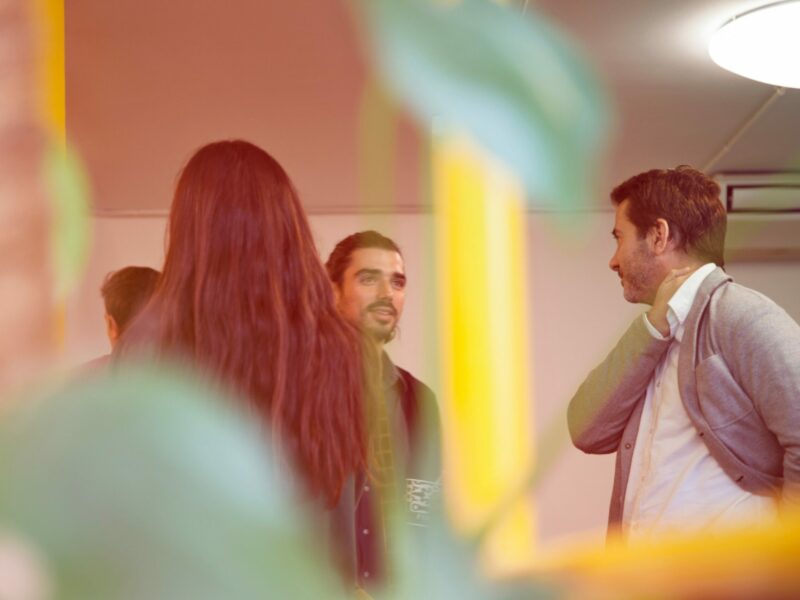 Networking… What Is That? Sincerely, A Confused English Major 

A week before the war of college applications we all know and love (to forget) began, I was understandably going through my seventh existential crisis. Every student has contemplated skipping college altogether at least once during this season of despair, and for the sake of my own sanity, I complained aloud to my dad,

“What even is the point of college!”

Now, it’s not like I’ve never heard of the concept before. In fact, I was all too familiar with it. Especially since I was planning on majoring in the humanities. That at least, I was certain of.

I disliked math, and knew my brain cells dare not attempt a career in science. But above all… I absolutely loved all things storytelling. Writing, filming, video editing, comics–you name it, I was bound to be into it.

Again and again I’ve learned about the importance of networking in such creative fields from established professionals, webinars, even college articles (wink wink), but it never fully clicked for me what exactly it was or even looked like.

The image that would come to mind involved elegant gatherings, suits and ties or tactile conversations with global politician levels of strategy and wit. It felt… slimy, almost. Somehow deceitful, as if I was exploiting others and using them. Of course, after I (miraculously) got accepted into UCLA as an English major, I wasn’t doing too much of anything my entire first year (thanks Covid), let alone networking. The only productive thing I’d really done was join a film club, submitting my first written script for plain fun and giggles.

To my eternal shock, they accepted, and for a whole quarter I got to direct a vision I created. It was more fun than I could’ve ever imagined, despite everything being restricted to online platforms. But at the end of the day, the people I met were contained behind a flat screen, and after production finished, that was seemingly that.

…Until my second year began, and I was finally allowed to come on campus. My very first day there, I met one of the producers of my short film. We hung out a bunch of times, got close, and before I knew it we were working on a new script together. Her doing the directing, I the writing. It took about a month for me to realize, hey. Wait a minute..

It sure seemed like it. She introduced to me what must’ve been fifty people not even 24 hours after I unpacked, and we frequently talked about projects we could do together. Sometimes I’d storyboard a music video she wanted to shoot, other times she’d let me use the studios she worked at so I could record something, and so on. But then I shook my head. No no, surely not. Surely going on spontaneous beach trips together, faking British accents over dining hall pizza and holding her after a breakup–surely that wasn’t networking, right?

And then, after years of trying to solve the enigma that is networking, it finally clicked:

Networking wasn’t just taking advantage of other people or befriending them with the sole aim of profit. Of course, I’m not saying it’s not, because it absolutely can be, but I learned that networking often wasn’t that at all. Especially when your main mission is just to share a story or two. Instead, networking for me was just regular friends and connections you have, who’d happen to sometimes help you out in achieving your dream.

Once we started thinking of ideas together, or edited each other’s stories, or recommended an internship that we heard of–that’s when the switch flicked on and one could categorize it as networking (friends with business benefits if you will… kidding).
A mutual sort of aid that you wouldn’t really give as liberally to people who you know are only with you for what work you can do for them.

After this, the term became less weird. Obvious, even. Of course getting along with your co-workers is almost always imperative to reaching your goals, and who better to get along with than your buddy who once downed a cup of hot sauce just because you dared him to? There’s still plenty of gray lines here, and relationships are already tricky enough as it is without the whole “business” aspect added on, but at least now networking doesn’t seem as scary to me as it did in high school, or even freshman year of college.
And that’s fine enough.

Previous Post:Putting the Hair in Herold: Reflections on Having Long Hair as a Guy
Next Post:Top 10 Colleges for Men’s Basketball