The fall of my sophomore year, I mistakenly joined the Boston College Parkour Club (BCPK). Next to crossfit as the most publicly-ridiculed athletic activity, parkour is only cool when you’re incredibly good at it. During my two-month stint, I separated my shoulder and tore a gash in my shin after landing on the edge of a granite wall … turns out that I was not cool.

I just wanted to get involved.

Joining a club in college guarantees you a group of friends that share your interests, according to WikiHow. When I joined parkour, I quickly learned that most of the members weren’t very physically gifted and instead were just big fans of the show American Ninja Warrior. The leader was actually quite good – he taught karate, powerlifted and did parkour – and no one appreciated him more than he did.

One cool November night, the leader announced, “Get warm clothes and meet at the dining hall at 10:30 p.m.” At best, we were going to grab a late dinner in an unheated pizzeria.

That’s not what happened.

At 10:45 p.m. we walked to the graveyard bus stop, about half a mile from campus. The bus arrived and the leader told us, the initiates, to race it to the Reservoir T-stop via the graveyard. Wary of curses, we stuck to the paths, making sure to sprint past the dead as respectfully as possible. We were so set on winning the race that no one realized we were headed in the wrong direction. We burst out of the graveyard to find that the path looped back to campus, which meant we had to turn around and tear through the graveyard again, with renewed panic and notably less respect. We hurdled over tombstones, surely stepped on someone’s grandma and arrived at the T-stop winded and ashamed.

“Well, that was actually faster than any other group,” the leader said, which made me wonder how horrible the other groups had been. He informed us that we were boarding the last train into the city to parkour all night, as tradition demanded. By the time daylight broke, we would all be true members of BCPK.

“No talking, no smiling,” he warned. “If you do either, you get points. You don’t want points… It’s tradition.” The veterans of this karate-frat joked around, trying to get us to break. One of the initiates chuckled and the leader gravely marked down a point under his name. At that moment, everything changed for me: Points became something I didn’t want, which shattered my entire worldview that had been, until then, heavily pro-points.

Then, I remembered that Boston College does not recognize BCPK as a club, because nothing says “lawsuit” like students launching themselves off roofs. Similar to premarital sex and contraception, from BC’s perspective, BCPK does not exist. Consequently, even if we were being hazed, BC could do nothing about it, because any act of punishment would acknowledge them as a club and legitimize its claim to existence.

This powerlifter was smarter than we ever could have imagined.

We arrived downtown and exited the train in miserable silence. I half-expected the leader to bring out a paddle from his bag, but he cracked a smile and the vets all started laughing. He told us we could drop the silence. Tonight was about group bonding and seeing Boston from a different perspective. We walked to our first destination with smiles on our faces and foolish optimism in our hearts, because the meaning of “all night” had not sunken in.

We trekked throughout Boston, stopping by the Charlestown Navy Yard, the New England Aquarium – where the seals didn’t delight in seeing us – China Town, and as far as Northeastern. By 5:30 a.m., we had walked over eight miles, jumping off curbs and pushing each other on swing sets like nocturnal children.

Along the way, the leader kept reminding us of the rules: Never tell anyone of this night (whoops) and attend class the next day…. I followed neither. However, one bright initiate needed to; he could not skip class because he had an exam later that morning, showing if nothing else, a misdirected commitment to this absurd death-march that, by 4 a.m., had become a parody of itself. At every subsequent destination, I climbed up on a wall, curled into the fetal position and tried to sleep despite the leader yelling, “Get up, Zach, this is a sick spot!” He failed to comprehend that nothing is a “sick spot” when it’s happy hour in Korea and U.S. television is exclusively showing Girls Gone Wild.

My point is it was late.

At 5:35 a.m., the low sun lit up a silhouette of Northeastern’s campus and signaled the conclusion of this adventure. We would take the train back to the bus stop, ride to campus and sleep like the dead we had trampled over earlier that night. Only, the bus doesn’t run before 7 a.m., which our fearless leader dismissed as a non-issue: Tradition mandated that we eat breakfast at Eagle’s Deli as the sun rose. “No thank you, I’m going home,” I said, only with a lot more F-words. I got in my bed at 6:30 a.m., and slept until 1 p.m., but I was technically in the club.

Similar to the weeks following my church confirmation, I never returned.

I don’t regret the night because now I have an answer to the first date question, “What was the worst time of your life?” as well as a precautionary tale to one day tell a wedding guest.

Would I do it again? Of course not. There are only so many times a man can prance past the dead without an icy hand gripping his ankle. 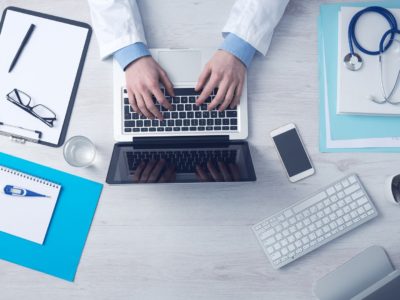 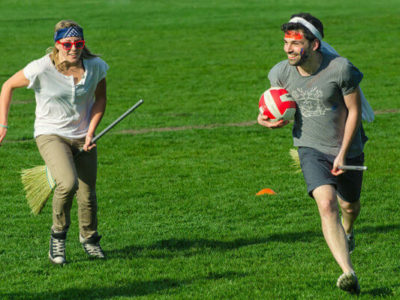 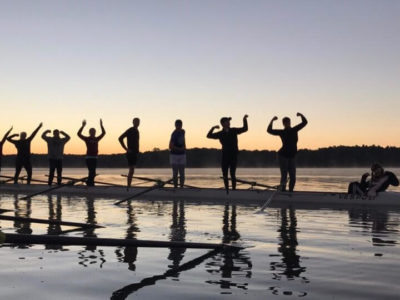 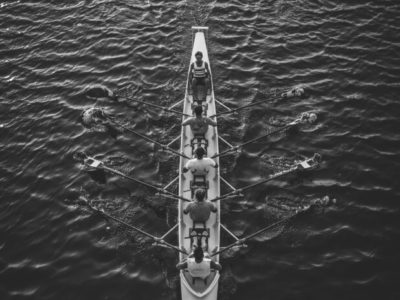 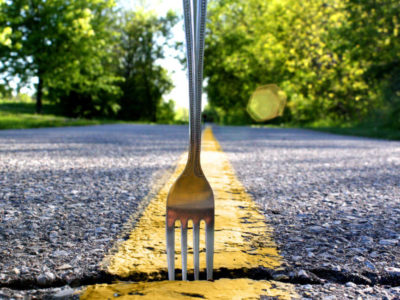 Falling Through Freshman Year
Next Post: If UM Bars Were Parks and Rec Characters