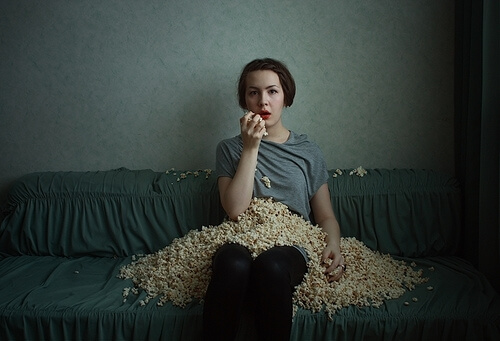 Most girls, and even some of the guys, are hopeless romantics whether they’d like to admit it or not. We watch films not just for the experience, but because we aspire to have our own timeless love stories. Even as children we grew up watching Disney movies where the princess was always rescued by the handsome prince. Romantic movies stick with us because some of them teach us valuable lessons in love. Some, however, can have a way of convincing the masses that the unlikely is likely to occur.

Julia Roberts was enchanting in the '90s. The lips, the hair and that megawatt smile brought a new meaning to the word “hooker.” Richard Gere was the wealthy businessman who hires her as an escort for the week. But did you know that the film was originally supposed to be a gritty drama about prostitution in New York City? It may have been more believable that way. It’s a great movie with a far-fetched concept, but anything can happen, right? Unlikely. So don’t forget that, as adorable as it is, it’s supposed to be a comedy.

This is a prime example of girls falling for the bad boy. A shy new girl in town wins the heart of a brooding, enigmatic, dangerously hot vampire. They fall in love, get married and have a baby that could potentially kill her. But what is the bigger picture here? Answer: there is none. It’s teenage fodder for a generation of tweens obsessed with the undead, youth and a storybook romance. But if the lesson is to graduate high school and settle down with the dangerous guy who’s nearly gotten you killed several times-then this is far from a Cinderella fairytale.

“Anyone who honestly believes this movie is a good example of love is either a pre-teen girl or has never actually been in a relationship,” said Michael Brady, University of California Berkley senior.

3.) There’s Something About Mary

Often considered high on the list of the greatest comedies of all time, this movie tells the tale of Ted (Ben Stiller), who is still pining over his high school prom date, Mary (Cameron Diaz) so much so that he hires a private detective (Matt Dillon) to track her down. Throughout the movie Ted stalks her and lies to her, but eventually wins her over simply by being the least sleazy guy after her affections. This is a reality some guys use much to their advantage: the girl who will always take you back no matter how horrible you’ve treated her. Don’t get used to it, guys; in real life, this would probably warrant a restraining order.

What we’ve pretty much gathered from Hollywood in the past two or three years is that actors Joseph Gordon-Levitt and Zooey Deschanel are “adorkable,” so it makes sense that (500) Days of summer was a critical and box office hit in 2009. Gordon-Levitt is lovable as Tom, a writer for a greeting card company who falls in head-over-heels in love with a beautiful girl named Summer, a co-worker who claims not to believe in true love or want to be in a serious relationship. They embark on a relationship but end up calling it quits due to the lack of clarity on the status of the relationship. The two reunite later only for Tom to learn that Summer has found her true love and is now engaged. The shock of this movie is that there really is no proverbial happy ending. Tom doesn’t somehow win her back, as much as the audience wanted him to. It’s refreshing to see a guy pining for an emotionally unavailable girl for a change and to see an ending that’s not fairy tale, but instead insists that life goes on.

This movie leaves girls longing for a love like Allie and Noah and guys turning their heads hoping their girlfriends don’t see their teary eyes. The story is based in the 1940s where two teenagers fall in love and their rollercoaster ride of a relationship is trailed throughout the years until their elderly years, where Allie is suffering from dementia. McAdams and Gosling not only won over the hearts of men and women all over the world, they also won each other over, adding to the romantic appeal of the film.

“The Notebook is one of my favorite movies, I aspire to grow old with someone and still love them that much after all those years just like Allie and Noah,” said Bucknell University Freshman Victoria Ewell.

This movie is naturally a gem. It’s adapted from George Bernard Shaw’s Pygmalion, which is probably more recognizable to you as the direct inspiration for a little musical called My Fair Lady. Rachel Leigh Cook plays social abomination Laney Boggs, who is taken under the wing of Zach (Freddie Prinze, Jr.) as a social experiment. He has to turn her into a prom queen in six weeks, but ends up falling in love with her in the process. After publicly humiliating her, he wins her back in the end. In reality, you’d be a fool to be with a guy who couldn’t love you for who you were and turned you into an inside joke with his buddies. This only works in the films.

The late Heath Ledger is revered for two roles: his no-iconic turn as the Joker in the box-office shattering “Dark Knight” and his role as sexually confused Ennis Del Mar in the heartbreaking “Brokeback Mountain.” This film is the tale of two men, Ennis and Jack (Ledger and Jake Gyllenhaal) who develop an affair that spans two decades. Throughout the affair, both men marry women and Ennis father’s two children, but neither are able to come out and be themselves. This leads them to a life of infrequent visits and emptiness until Jack’s ambiguous death. The movie brilliantly depicts how hard it was ( and still is) to be homosexual and have to suppress it.

Posters of Audrey Hepburn’s famous role in this movie can be spotted in college girl’s dorms and apartments across the country.  This movie has become quite the classic love story and it’s more relevant now than ever. Hepburn shines as Holly Golightly, a New York socialite who wants to live the good life, marry rich and have enough money to take care of her brother once he returns from war. George Peppard is charming as Paul Varjak, a new tenant in her building who falls in love with her. As Paul is only an unsuccessful writer, Holly tries to avoid getting involved with him, but true love wins in the end when she realizes that her life didn’t exactly play out the way she anticipated, but she still had something worth holding onto. This movies is actually pretty realistic, teaching us that love can happen at the most inconvenient of times with the most inconvenient of people.

Outcast, poor girl meets popular, rich boy. The two fall in love. Tensions rise between the two sides, tearing them apart. Popular, rich boy is embarrassed by outcast, poor girl and neglects to ask her to prom, leading to one of the most famous lines in cinema: “What about prom, Blane ?” One of the greatest things about this film is that protagonist Andie (Molly Ringwald) never changes herself for Blane (Andrew McCarthy). And he never asks her to. He falls for her just as she is, even because of the way she is. Her boldness and self-acceptance, even in the prom dress she had to make herself, stole Blane’s heart and brought them back together in one of the most beautiful endings in a romantic film to date.

“I love this movie because she didn’t let a guy change who she was, a lot of girls should learn from that,” said Penn State University junior Stephany Durnell.

While Knocked Up was hilarious and had its endearing moments, it exemplified a concept that’s been all too common in love films: the loser gets the princess in the end. This leaves guys with the unrealistic expectation that they can get a great girl who, in real life, is completely out of their league. While opposites may attract, it’s hard to believe that someone like career-driven TV personality Alison (Katherine Heigl) would get pregnant by and then fall in love with someone like slacker Ben (Seth Rogen). Fellas, don’t get your hopes up. And ladies, don’t sell yourselves short.

Previous Post:Rugby: The Next Big College Sport
Next Post:Ask Sean!