A Guide to Social Media for the Socially Anxious

The world of social media can be difficult to tap into if you’re a shy, introverted person like me. My online persona began circa 2005 when Myspace grew in popularity at my junior high. In 2006 I made ‘the transition’ when Facebook opened up to anyone with a valid email address. With the purchase of a smart phone in the 9th grade came Instagram and Twitter, LinkedIn, Pinterest, Google+ and Foursquare. The number of social networks had grown exponentially. Trying to maintain multiple public profiles felt overwhelming and frightening at first. While my friends from high school started sharing intimate details of their lives online, I secretly hoped that social media was just a fad. Unfortunately, it wasn’t.

We’re just now starting to realize the power of social media and the advantages of online networking. While it’s not easy for the socially anxious to hop on the social bandwagon, your career and social life may depend on it. Don’t be shy, here’s how to embrace the reality of social media and attempt to be social.

One day I might live tweet my reactions to the Charlie Hebdo attack. The next I may share a link that illustrates what the Disney princesses would look like with realistic hair volume. Whatever is important to you, is important to you. I used to be hyper-concerned with how I was going to be perceived online, whether it be professionally or socially. All I needed to remember was that who I am online is a persona. Just like any persona, who you are online takes time to develop, and that’s OK.

I think my blog has maybe three (or two) entries total. I’ll find myself feeling gung-ho about being connected, get freaked out by all the exposure and bounce back out of it again. I get torn up about it, too. I would lose sight of the power of the Internet and recoil into my shell of solitude. After a few of these cycles, I realized that I was comparing myself to writers I loved, celebrities and friends who were much savvier than I at social media-ing. Post as much or as little as you want. There is no golden rule when it comes to the number of tweets you have in a day or blog posts you have in a month.

This one is more for the bloggers and writers like me. If you’re trying to overcome the potential for humiliation that every social media post seems to hold, do your research. See what other professionals, writers, critics, etc. have had to say on the subject. I made one political Facebook post in my life and I think maybe it was about the government shutdown in 2013. I remember posting something pretty ignorant without thinking and, of course, I got called out for it multiple times by multiple people. From then on, I swore off expressing any position left, right or in-between when it came to politics and social media. Approach a social media post like you would a paper for class, except that this time it’s not just your teacher who’s going to be reading it. All the more reason to proofread, edit and research.

Although engaging in public forum might seem unnatural at first, make it a habit to ‘post out of your comfort zone.’ Set a certain time of the day to check news feeds and timelines, post links to your favorite articles or sites and update your profile. Tell yourself, “I’m going to post 3 tweets a week on news around my honors thesis topic” or “I will post my two favorite photos from the week to Facebook so my friends can finally see them.” If you have a blog or are thinking about starting one, create content calendars that specify where, what and when you’ll be posting. It felt kind of funny at first, engaging in multiple virtual public forums. I didn’t really get why having an online presence mattered so much and I definitely didn’t want everyone to know what I was thinking exactly when I was thinking it. Overcoming that fear is something that’s going to take time and practice, so social media goals are something I try and set for myself every day.

Don’t put it off. 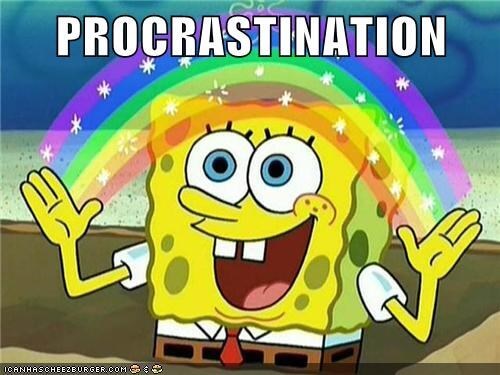 Procrastination. This has always been my downfall when it comes to homework and due dates. Social media is no different. If I don’t get around to posting something right away, I’ll overthink other people’s potential responses and/or forget to go back and post it altogether. Tackling this is no picnic, but it will always pay off when you do. Everybody’s got hobbies and interests. Show yours, even if you’re as shy as I am. You might end up connecting with someone you never knew was interested in the same things you are.

Make it a professional thing.

Create a brand for yourself. Use background colors, photos, taglines or favorite quotes and links to articles and sites you find most interesting. I’m a journalism major so social media is something that potential employers will analyze. I consciously use the same cover photo and bio for all my social platforms. It creates a cohesive template that I know and trust to share on the World Wide Web. That’s the cool part about social media. It lets others see you the way you want to, the way you see yourself.

Go to the party. 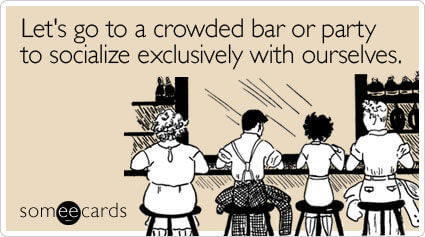 Once you’ve gotten a handle of your online social platforms, don’t get carried away and forget the rest of the world altogether. It can be easy for introverts to use the Internet as a crutch, ignoring meetings for coffee or invitations for a night out. I’ve spent more Saturdays than I’d like to admit glued to my phone texting my three friends and passively living my life online. I’ll be scrolling through Tumblr and Facebook for what seems like a few hours and the next thing I know it’s 9 p.m. Social media can be a tool and a powerful one at that, but don’t lose sight of the benefits of a conversation held face-to-face.

Hannah Boone is a junior majoring in journalism at Indiana University. Although her interests include things like film, psychology, philosophy and Sudoku, she’s a fun person. She promises.

Previous Post:CM’s Top 10 Schools for Cheerleading
Next Post:How to Put the “Party” in Study Party