Retweets and Double-Taps: What Millennials Have Done With Social Media

One morning, I woke up to five Facebook notifications, two retweets on Twitter and about ten Snapchat stories. While the notifications were mostly check-ins by friends and tagged pictures from a decade ago, I still felt like I accomplished something monumental in my sleep. I was overwhelmed with a sense of pride by getting these notes, but I didn’t do much to earn them. Then it got me thinking: why do I feel accepted by having upwards of ten people like one photo or one check-in at the 7-Eleven around the corner? Why does our generation obsess over little red numbers and feel obligated to post their drunken selfies at dive bars and unkempt apartments? Growing up with social media as a source of instant gratification makes one wonder exactly what our generation is doing with it.

“We were born into technology, it’s almost as if it’s a part of who we are. In today’s society, we attribute ‘likes’ to popularity and in doing so, we remarket ourselves to please complete strangers and we are all guilty of it,” states University of Arizona senior, Yara Askar. We find ourselves doing the craziest things like getting hit in the crotch or jumping off rooftops with the hopes of it going viral and gaining our fifteen seconds of fame. Askar goes on to say that it’s hard to “resist the urge to succumb to something that you’re born in to.”

Our standards of friendship have also changed from before the days of social media. University of North Carolina, Greensboro senior Shawn Ratcliff feels that, “[social media] has reformed what we think of as friendship and [we] base our relationships off of the instant communication and gratification that we get from just talking to someone, as opposed to that in-person interaction that we have always been thought to crave.” Social media provides our generation with an expedited sense of self and gratification. We can post a tweet and if it’s deemed “good enough” by a large sum of strangers and peers, it can soar to being a trending topic in under an hour. Our generation is no longer concerned with a long-term development of friendship and is more concerned with a “right here, right now” mentality.

Additionally, since we are pegged as the “YOLO” generation, it’s evident that self-respect has decreased. The need for doing things immediately or in a short amount of time acts as an inhibitor to our psyche; it can turn the smartest minds of our generation into the new cast of Jackass. Ratcliff offers a caveat in stating that, “we feel the need to show off the stupid things we do because of this idea of ‘make the best of the life you have.’ What better way than to broadcast it on every type of medium at your disposal?” Our generation thrives in a “pics or it didn’t happen” type of society. California State University, Northridge senior Sade Mendez sheds light on the fact that “a person’s value in today’s society is based around how many followers and likes you have. If you don’t check yourself in or post a photo on Instagram, it’s almost as if it never happened—and that’s the way people will see it.” This goes hand in hand with the concept of instant gratification: the sooner we see it, the more validity it holds to reality. 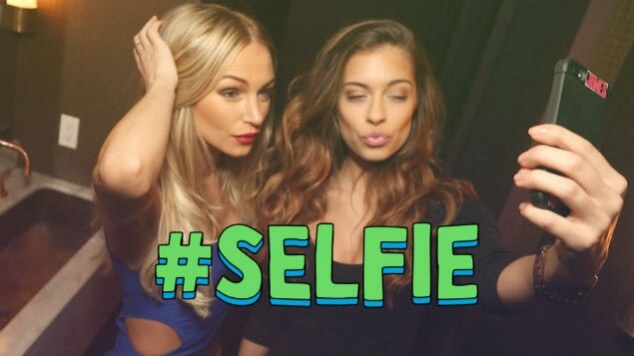 But is there a way to regain our lost self-respect or is it gone forever? Askar offers hope in saying that, “second chances are possible. I feel that people will realize that there are more important things to do in life. Social media is like that mistake people will look back at in twenty-years time.” In accordance with Askar’s statement, Jenny Minniti-Shippey, an English professor at San Diego State University offers up this thought: “Right now, the bigger the platform, the better, and the more interconnected, the better. The bottom will fall out of social media or it’ll change and transform in ways we can’t imagine, and who knows?  Maybe the currency of the future will be notoriety, and then we’ll all look like dinosaurs for not evolving rapidly enough.” Perhaps social media isn’t as important as it can be. Like Shippey states, this could just be the beginning. What could this mean for our societal acceptance, given that social media may as well be in the initial stages of online mitosis?

It is known that there has always been, and always will be, a need to be accepted in society. Does social media provide yet another layer of needs to be met or does it simply mesh into the world that has already been established by the previous generation? San Diego State University junior Carly Martinez feels that this need isn’t a new one: “the medium with which we feel accepted in society has always been there and I feel that social media amplifies that. It makes an impossible feat possible. We can have a thousand friends on Facebook, even though no one in real life can ever meet that many people.” Social media isn’t all that bad; it allows us to create connections that can span the globe.

Therein lies the silver lining of social media. It allows our connections to expand and develop far beyond the typical. Dr. Jean M. Twenge, a professor at San Diego State University believes that there is a positivity in the usage of social media: “[It] makes it easier for people to donate money to causes and learn about global issues. Perhaps people are not getting directly involved themselves, but they can support worthy causes.” From the ALS Ice Bucket Challenge to leaked celebrity nudes, our generation could not be more consumed by social media, whether good or bad.

But what does this say about our generation? Are we selfish people for feeling the need to post stupid videos for a chance at viral fame or being obsessed with getting a thousand likes for a filter-filled Instagram picture? At this very moment, you may have stumbled upon this article via social media. That doesn’t make either of us better or worse than the next. Social media was introduced to us; we didn’t introduce ourselves. Like anything in life, we put value on the things we choose to own. If we want to post an article on the overwhelming lack of gender equality in the workplace, then we can. If we want to check-in on Facebook with a status reading, “WINE WEDNESDAY,” we sure can. But think for a second: which one will get the most views or likes? Did you choose the second one? I sure did. Despite what our intentions are with social media, how society reacts to it isn’t up to us. I think Ratcliff puts it best stating, “Society is a bitch.” But that doesn’t mean we have to be.

Are Millennials Devoid of Social Skills?

What happened to our generation’s social skills if we can’t sit at the dinner table without checking our phones?

Previous Post:Top 10 Ways to Crush Your Law School Application
Next Post:Why You Shouldn’t Move in With Your Significant Other