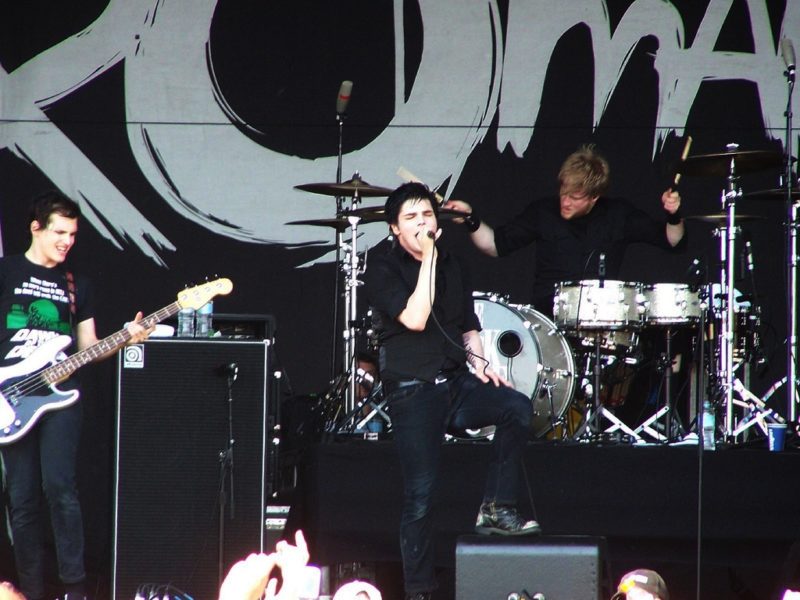 10 Emo Bands Still Get You in the Feels

The emo an era came with plenty of flippy bangs, black nail polish and mysteriously dark makeup. Even though the look faded away, emo music and its legacy remain. These bands’ songs resonate with others i on another level. Some people love that emo music tells it how it is. Raw emotions and intense vocals to match really get people in their feelings. It takes people on an emotional (no pun intended) journey. I DJ for an emo club night in New York City on the side. And when people request these bands’ songs, the crowd pumps up the energy to dance, sing and scream their lungs out.

Keep reading for the 10 emo bands you can’t let go of even in college.

My Chemical Romance is the quintessential emo band to this day, with “Welcome to the Black Parade” as the anthem.

As soon as My Chemical Romance broke up, Fall Out Boy came out of its hiatus. It’s almost like the world couldn’t take two emo legends at once. Fall Out Boy threw out some hits and Patrick Stump’s voice and Pete Wenz’s guitar entranced fans to no end.

Panic! At the Disco is still up and kicking to the fullest extent. They mix into the mainstream bringing in a mixed crowd to enjoy all the emo Panic! Has to offer. It satisfies people who listen to top 100 songs. Name one person who does not burst into song when they hear, “I Write Sins Not Tragedies.” You can’t.

Blink’s insane personalities have transcended the decades. Their original songs are so crazy and random at times, and listeners can tell they’re having a good time with it. Couples still cry together to “I Miss You” and go wild to “Rock Show.” Thank you, Travis Barker.

This band awakes the nostalgia in your soul. All Time Low has some bangers, but the main song that really hits everyone with a throwback is “Dear Maria, Count Me In.”

Good Charlotte’s dance-y, catchy rhythms get people off their feet. They build on EDM vibes with awesome guitar riffs. Their songs get you pumped up on all kinds of emotions. Coupled with relatable lyrics, “The Anthem” makes you happy. Their lyrics in “I Don’t Wanna Be in Love” are honest and make you feel okay with being single.

Green Day made a comeback with “American Idiot”—in musical form. They have so many popular songs that put them on the charts. And everyone loves a good dose of Billie Joe Armstrong.

If you want to get over someone or really not care what others think, look to the All American Rejects. “Gives You Hell” and “Move Along” will get you right out of those situations and bring you back to the core of who you are. The first will get your angry vibes out, and the second will give you hope for the future.

Taking Back Sunday finds itself at the origins of pop-punk. They’re legends with a voice that some find whiny but others find raw and real. “Cute Without the E” and “MakeDamnSure” are bound to be in a throwback playlist. “MakeDamnSure” is also one of the most requested songs I hear.

You can’t do a list of popular emo music without this female-fronted legend on it. Paramore made it big on the scene ever since they released “Misery Business.” At the club, I’ve never heard so many voices sing in unison to a song (besides “Welcome to the Black Parade”). It’s a really amazing experience to see people still be so passionate about a song came out in 2007. Hayley Williams became a female face to the emo “movement.” Their music may be more pop nowadays, but people will go back and listen to their album Riot like its 2007 all over again.

Previous Post:Why Bae is Out and These 15 Pet Name Ideas Are In
Next Post:The “Turkey Drop” Is Unique to Everyone