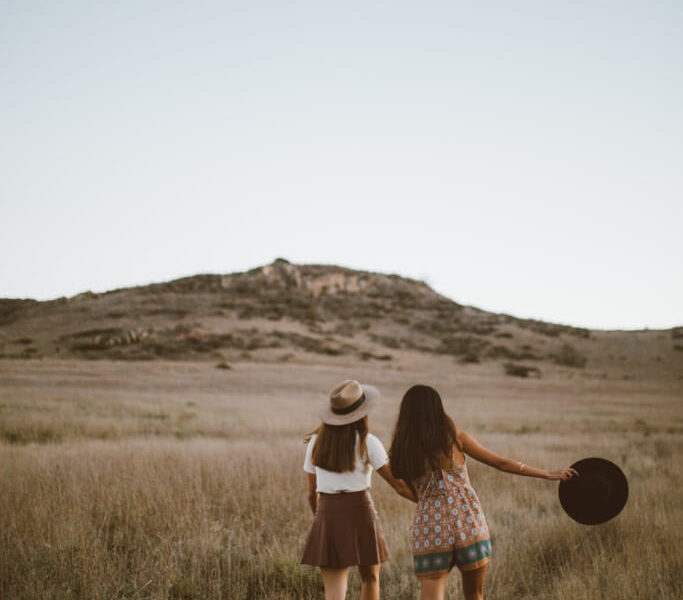 10 Signs You’re Breaking Up With Your Best Friend

Similar to being blinded by love in a relationship, you can get blinded by love in a friendship. You make a new friend, and suddenly they can do no wrong. But of course they can. My best friend Marie and I met our freshman year of high school in world history honors and were BFFs. We would go horseback riding together, walk through the hallways singing “In The Heights,” at the top of our lungs and obsessing over Lin-Manuel before everyone else. We even went on mission trips together to northwestern Haiti. Now we hardly speak. Noticing the signs that you’re losing a best friend can be just as difficult as seeing the mistakes they make.

In college, not talking to your friends is easy to blame on busy school and work schedules, especially if you and your friend go to school in different cities. Marie and I used to randomly start conversations with capital letters about anything that excited us: boys, girls, gossip, Grey’s Anatomy. We went from talking almost every day to talking a couple times a week, this is a big deal. That then turned into once every couple of weeks to once in a while. The other day, we spoke for the first time since August, and it was to argue about whose fault it was that we were no longer friends.

2. You take long to answer or don’t answer at all

Marie wasn’t a very good texter. I know that sounds like a BS excuse, and I kind of think it was, but that was her reason for never getting back to me. She would rarely end conversations like a normal person. No “I’ll talk to you later,” or “Goodnight.” She would just stop texting me. People who really want to talk to you maximize all their efforts. I even keep my read receipts on, so I’m pushed to text people as soon as I open the message. But with Marie, I found myself putting off answering her messages. If you find yourself doing this, you may need to rethink your friendship and how much that person really means to you.

3. Your interest in the conversation is minimal

Ever find yourself wanting to talk to someone less and less? Either the interest isn’t there, or you’re always arguing. Not wanting to talk to someone might be a bad sign or just a bad day, but keep an eye on it, it can turn into a toxic friendship and fast. If small talk happens too often with your best friend, that’s a red flag. I’m not exactly sure when Marie or I started losing interest in our conversations, but over time our conversations just became less fun and exciting and more average. Not even a funny inside joke kept us talking for long.

4. No effort is made to see each other

Schedules never seem to align just right in college. But spending time together is important; if you’re making more time for your significant other than for anyone else, that’s not good. Sure the honeymoon phase is a thing, but Marie didn’t even have time for our bimonthly coffee dates anymore. If you find yourself being the only one making an effort, you may need to stop putting in the effort too. I stopped putting in the effort when I reached out to Marie asking if she wanted to watch “In The Heights” with our boos, and she didn’t answer me. From then on I decided to stop trying. The friendship just made me sad. I saw the end.

5. The other person blames you

Marie told me that she felt like she was the one putting in all the effort, but I thought I was putting in the effort. What do you do in that situation? Think back to when the end was so close you could taste it. Who was really making more effort? She said she constantly reached out to hang out, but why did I only see her three times all summer? It’s easy just to say our close friend breakup was all her fault, but that would be unrealistic. When I look back, I didn’t reach out in those months either.

6. When they start choosing bae over you

When your friend constantly puts their boo before you and actually admits it, that’s when you know you’re not just imagining the distance. Marie told me that she didn’t know how to balance her boyfriend and her friends. But instead of figuring out how to do both, she invested more time into her romantic relationship and left the rest of her friends out. She stopped making plans with anyone except him. The few times she did try to make plans with me, it was to have double dates so her boyfriend could come along. I liked double dates, but I missed our girls’ days.

7. You’re more disappointed in your friendship than not

Maybe my expectations were too high. I thought we’d see each other more than three times during the summer because we were best friends. But Marie only hung out with me while her boyfriend was in Europe. Again, she put him above everyone. Being more disappointed than not in any relationship is almost always a sign that it may be time for a break up. No matter how you spin it, it’s a heartbreak.

8. You roll your eyes in annoyance seeing their name on social media

Our friendship break up left me so confused. I would see Marie’s pics on Insta and scroll passed them. She didn’t deserve my likes. I don’t know how our friendship got to this point, but if you find yourself going out of your way to not “like” your friend’s photo, this might be the end of your friendship. You might even take it one step further and have a clean breakup; click that unfollow button.

The blow up can come as soon as a month after you see your friendship is over or as late as a year; it all depends on when the feels hits you. I was triggered by an inconsiderate message. Marie wished me a happy 21st birthday in a group chat with six other people after not talking to me for four months. I exploded. I spoke to her in a way I had never spoken to her before because I was always too concerned about her feelings. If the blow up comes, you either feel relieved or still stressed once it’s over. If you don’t explode with emotions, all that built up anger, sadness or confusion will eventually come out in one way or another, be careful, it can definitely damage your mental health.

I still care about Marie, and I still have her on my favorites on phone. I can’t take her off because if she needs me one night, and my phone’s on do not disturb and something happens to her, I would never be able to live it down. I look back at our friendship and miss it. If we become friends again, our friendship won’t be the same. There’s a certain point of no return, and we reached that point. But I’m okay now.

No matter how hard it seems to grow without someone who did so much growing with, sometimes a break up is for the better. Don’t be blinded like I was. If you witness any of these signs in your friendship, it may be time to figure out what you want from the friendship. Do you want to keep trying like I did for months (and maybe still low-key am), or do you want to give up and move on?

Previous Post:10 Healthy Restaurants in Syracuse to Keep the Calorie Count Down
Next Post:#NotMyPresident: Liberal Protesters in the Age of Trump