Do you harbor a secret fear of brick walkways? Does James Taylor’s “Carolina in My Mind” always make you a little misty-eyed? Do you spend lots of time thinking about confederate statues? The University of North Carolina at Chapel Hill may look like any other university on the outside, but insiders know coming here gives students a few different quirks.

These 10 signs will prove your loyalty to the Carolina blue and white no matter where you go.

1. You Have an Affinity for Acronyms and Other Odd Vocabulary

Do you know the difference between #GDTBATH and #GTHD? FDOC and LDOC? The UL and CUAB? Picking up all the acronyms on campus can intimidate new students as much as trying to memorize the lyrics to a Nicki Minaj song after listening to it once. “[Some words I only learned on-campus were] ‘mejo’ as an abbreviation for the media journalism school, ‘bands’ to get into frats and ‘pit sitting’ when your club advertises stuff in the pit,” said freshman Madeline Pennington. That’s not even getting into all the colorful names for the rival school (see #7).

2. You View Every Assignment As a Final

Academics at UNC leave many students terrified. Think Bill-Skarsgard-realizing-people-find-him-attractive-as-Pennywise terrified. “Compared to people I know who go to other schools, UNC seems to be much more rigorous and as a whole demands a lot from students,” said sophomore Alexandra Smith. “They definitely value grades here above all else.” This translates to late nights in the library, and breakdowns over an A-, if not far worse grades from notorious “weed-out” classes designed to scare off would-be pre-med students.

3. Your Fondest Memories Include Streaking, Mattress Sledding and… Drinking From an Old Well?

Seasoned Tar Heels treasure some major memories beyond spending four years in pursuit of a degree. These include: mattress sledding on snow days, watching streakers run through the library during finals (while administration graciously looks the other way), and waiting in line to drink from the Old Well the night before classes begin each semester. Many students believe that if they take a sip from the fountain right after midnight, they’ll earn a perfect GPA. “A new year at a new school holds so much potential, but at that moment everyone was cheering carefree and jumping around. […] You could truly feel the Carolina spirit,” said freshman Daniel Kim. For many, these unusual Carolina traditions truly set the university apart from all others.

4. Your Time at Carolina Gave You Some Unexpected Skills

Everyone knows you can’t learn everything in a college classroom. Luckily, UNC’s campus promotes building other helpful skills. These include learning to walk on brick in heels without tripping, figuring out how to wear light layers for the freezing walk across campus in the morning and eighty degree classrooms in the afternoon and navigating a crowded walkway without getting bombarded by pamphlets or hit by a bicycle. That’s not even getting into the skills students learn related to the bus system. “At first it sounds like alphabet soup when people are telling you to take the U, the RU, the NU, the CCX etc. But once I got tired of that 15 minute walk from Hinton James dorm, I got a bus rider app and forced myself to figure out which buses stopped where,” said Pennington. See? Even outside of class, Tar Heels constantly add to their skill sets.

Trying to find a Conservative here at UNC compares to searching for a needle in a haystack, or a vegan at a pig roast or even a vampire in an Italian restaurant. You get the point. “UNC is a very left-leaning school, and as a result of that political activism is basically an innate thing here,” said Smith. “Students likely have participated in a protest or rally of some sort about something they’re passionate about.” Just ask anyone on campus their feelings about confederate statues and you’ll see what she means. For many, UNC forms a democratic haven within an otherwise largely republican region.

6. Some of the Best Halloweens of Your Life Happened On Franklin Street

Most Tar Heels fondly remember late nights downtown any time of year, but many view October 31st the most special night of all. On the holiday, up to 80,000 people visit Franklin Street annually. “I love seeing everyone’s costumes and hanging out with my friends,” said sophomore Nicole Marie Saca. “I’m a big fan of the X Files so I liked the Mulder and Scully costumes and also the Rick and Morty ones were cool.” According to legend, campus-themed costumes also crop up occasionally, from Gary the Pit Preacher to Sexy Old Well.

7. You Pride Yourself On Your Team Spirit

The Carolina-Duke rivalry takes a top spot in hot college rivalries in basketball for a reason. UNC students tend to obsess over sports. “The rivalry is real and very alive. Basketball is also a huge part of being a Carolina student—their love for Roy Williams is great,” said Smith. This love almost matches their hatred for their rival school, not-so-affectionately nicknamed D00k, Dookie or Dook.

8. Your Wardrobe Contains an Excessive Amount of Carolina Blue

Perhaps the most obvious sign you spent four years at Chapel Thrill? The fact that Carolina Blue lingers, well, everywhere. “It’s less common at UNC to wear other college’s merch on campus,” said Pennington. “I have an older sibling who goes to South Carolina and another who goes to Wilmington and when I visit them, people at their schools wear other school’s merch while here it’s mainly UNC gear.” Head to the quad during peak hours and you’ll likely see a sea of students dressed in sky-blue, even on a cloudy day.

Perhaps due to the serious focus on academics, dating life at UNC can get complicated. “I think it can be pretty tough if you’re not in a sorority/fraternity,” said Smith. “People involved in Greek life know all the others, and with cocktails and events it’s easier for a relationship to start.” Outside of sororities and fraternities, meeting people can be a bit trickier. And given the fact that girls outweigh guys on campus 60 percent to 40 percent, an “It’s Complicated” dating status on campus is usually code for “Single.”

10. You Belong to a Huge Community

Once a Tar Heel, always a Tar Heel. “One of my favorite Carolina experiences actually took place away from campus—I was in DC for this past Duke game (my first after graduating!) and I went to the UNC watch bar. It was flooded with Carolina blue and I remember thinking ‘This already feels like home,’” said recent grad Savannah Wooten. Even if graduation day feels like the end of an era, UNC grads know they’ll never really find themselves alone with such a huge network of alumni in all the cities of the world. Cue James Taylor’s “Carolina In My Mind” here. 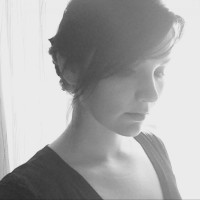 You Say, “Figure It Out,” I Say, “Watch Me”: Paying for College On My Own
Next Post: Social Media Stole My Life and I’m Taking it Back