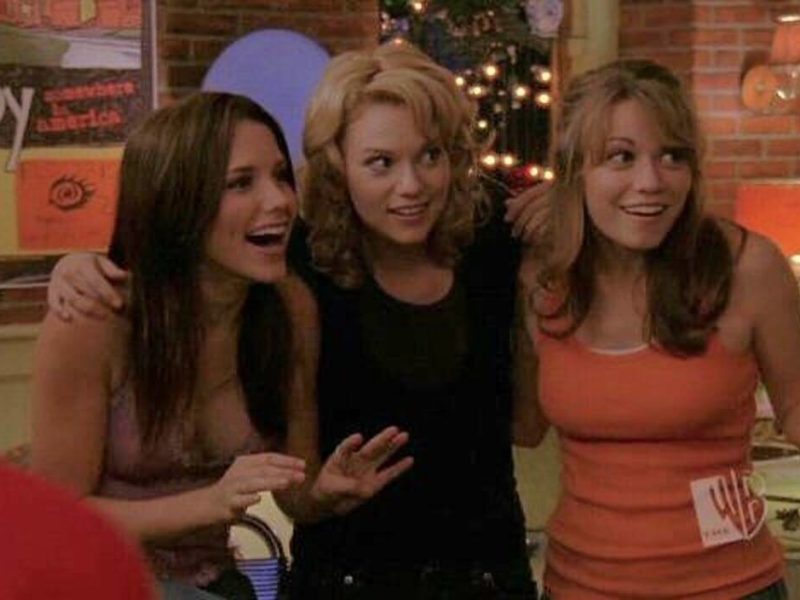 Emily WiegandApr 26, 2018
Home » Latest Posts » 10 One Tree Hill Quotes from the Ladies of Tree Hill to Fire Up Your Feminist Soul
FacebookTweet

Ask any 18 to 24-year-old on the street if they’ve seen One Tree Hill and some might talk your ear off saying how the show is the love of their life, while others can at least tell you what they’ve heard about it in the hallways at school. Every episode takes audiences on an emotional roller coaster between love and heartache and every kind of drama high schoolers experience. The lessons and story of the show hit home with young adults everywhere in ways no other show does. Along with your typical life lessons, feminist views are portrayed in some of the show’s most memorable quotes.

These feminist One Tree Hill quotes remind you why you want to grow up just like the badass ladies of Tree Hill.

1. “There’s a day when you realize that you’re not just a survivor, you’re a warrior. You’re tougher than anything [life] throws your way.”–Brooke Davis

Brooke Davis, one of the strongest women in One Tree Hill, said this to her best friend Peyton. Throughout the show, Brooke Davis repeatedly stands up for her and her friends while experiencing troubles of her own. Sometimes all girls just need a pep talk to remember their true strength.

2. “You think you know me, but you don’t, and that means you don’t know what I can do.”–Brooke Davis

Brooke said this during her election speech for class president. She wanted to prove her status and popular reputation did not define her capabilities. Popular or not, she had what she needed to be a strong leader.

3. “Do you know what my mother said to me when I told her I wanted to start a company? She said your chances are one in a million. And I said maybe I’m that one.”–Brooke Davis

Brooke said in an attempt to prove her capabilities to an adoption agency and convince them she had the qualities of being a suitable mother. And Brooke really was the one to give us a million reasons to look up to her.

4. “Exactly! I don’t know why I should feel embarrassed for saying that I know what I want and I’m gonna go after it.”–Haley James-Scott

After feeling embarrassed to tell Nathan she wants to pursue music, Haley reminds us of the way women doubt themselves when expressing what they feel. Say what you want, Haley—we can’t stop listening.

5. “Nathan never apologizes or lies for what he wants so I don’t know why I have to.”–Haley James-Scott

Haley says this while realizing Nathan (and men in general) don’t jump through the same hoops that women do to feel accepted. Nathan does not apologize for his basketball dreams, so Haley believed she should have had to apologize for her music dreams.

6. “You can go after what you want and still be a girl.”–Brooke Davis

Brooke tries to convince Haley to do what she wants regardless of others gender-stereotyped doubts. Haley can still pursue her dreams of becoming a singer and be a badass woman while indulging in feminine ideals.

7. “I’m saying screw the double standard.” “And that’s good you should say it, and so should I and every other girl that’s tired of playing their game by their rules. Don’t be too fat, or too thin. Or too dark, or too light, or too sexual, or too chased, or too smart, or too dumb.”–Anna Taggaro

Anna is telling Brooke to stop playing by the rules men have set for her and girls everywhere. Men have always set standards for women on what they should do, how they should think and how they should look, but Anna refused these standards and wants women to do as they please.

8. “This is important to me, going to school and I have to know that I can do this.”–Karen Roe

Karen is speaking to Andy and trying to prove that she has the ability to succeed and wants no special treatment. Good for Karen for hitting the books and not the people trying to keep her down.

9. “Over the last four years, I’ve been forced to grow up. I stopped letting boys define me, and I stared believing in myself and in my potential.”–Brooke Davis

Brooke says this to the principal while reflecting on how she has grown as a woman throughout high school. Boy can’t define Brooke, but we can: feminist icon.

10. “So you’re probably looking at this and making fun of my outfit, right? Anyway, here’s all you really need to know about today; if you’re fat, dumb, sexual, and a guy, you’re OK. If you’re a girl, not so much. Please tell me that’s changed in the future.”–Brooke Davis

Said by the oh-so powerful Brooke Davis again who just wants the world to know how she longs for more equality. Hopefully this time capsule message from brooke does change in the next 20 years, because we definitely need a break.

Why Students Love One Tree Hill

“I guess I like it because I have a love-hate relationship with the show. It’s nice to see everything work out between Hayley and Nathan but when they fight and stuff its like, ‘Ugh why do I have to keep watching to find out what happens in the end?’”–Morningside College freshman Sara Wede

“I love One Tree Hill so much because it’s one of the most relatable shows that I have ever seen, especially when I was going through my high school years. I think one of the biggest things the show taught me was that no matter what I go through, I’m going to be okay.”–University of Northern Iowa junior Jordyn Lynch

Favorite quote: “Sometimes I think we waste our words and we waste our moments, and we don’t take the time to say the things that are in our hearts when we get the chance.”

“I love shows that I can actually relate to on a personal level as if I would be able to literally put myself in their shoes and understand what they’re going through. One Tree Hill may be one of the best shows to fit under that category. They are in high school with problems that so many of us actually have to deal with in real life. They portray the problems so well, and then they also show us different ways we could go about dealing with the situations because they could be happening or eventually happen in our own lives. They make us feel as if everything is going to be okay, even if it doesn’t seem like it at the moment, because everyone faces their own demons, and I love them for that.”—University of Iowa freshman Michaela Kies

Favorite quote: “Live the life, live the dream, no fear.”

“I love One Tree Hill and fell in love with the show because it’s incredibly relatable, and I don’t mean in the aspect of my high school classmates being married and parents before graduating or going off on a rock tour at the age of 17 or being stalked and attacked by a psycho pretending to be your brother. I mean in the fact that they’re all trying to figure out life and who they are as individuals. They use all the shit life throws their way to better themselves. They don’t let fear and adversity stop them from being who they want to be. It gives me hope that even though life can really suck and it seems like the end of the world in that moment, there are always going to be better days. And the good days and the moments we share with those we love outweigh the heartache and pain we feel during the bad days.”–Iowa State University freshman Skye Cauthron

Favorite quote: “One day you’re 17 and you’re planning for someday. Then quietly, without you ever really noticing, someday is today. Then someday is yesterday. And this is your life.”

“The reason why I love One Tree Hill is because it’s inspirational. It reminds me every time I watch it to chase after your dreams just like most of the cast and crew. In the first couple of seasons, life was tough for all of them and they were struggling but after being through so much together, they finally figured out who they wanted to be with and what they wanted to be when they got there. I can relate to almost every episode. For watching it my ninth time, it still to this day makes me cry. It has honestly made my life better in so many ways and it makes me happy just watching it.”–Iowa Central Sophomore Morgan Carpenter

Favorite quote: “Tragedies happen. What are you gonna do? Give up? Quit? No. I realize now that when your heart breaks you’ve got to fight like hell to make sure you’re still alive because you are. And that pain you feel? That’s life. The confusion and fear? That’s there to remind you somewhere out there, there is something better and that something is worth fighting for.” 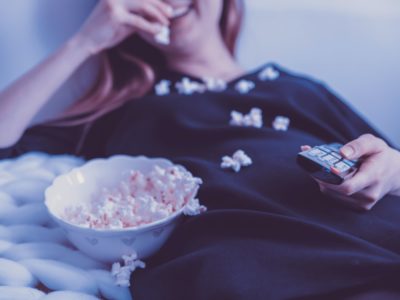 Let Me Watch Just One More Episode: Why I Binge Watch

Previous Post:24 Things to Do in Tampa in 24 Hours
Next Post:12 Essential Products for Spring Makeup for Women of Color