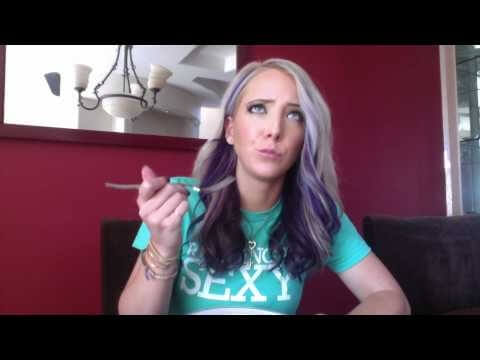 Valeria DelgadoMay 14, 2012
Home » Latest Posts » YouTube Generation: Five Funny Internet Stars
FacebookTweet
Before the creation of YouTube, many pure genius characters went unnoticed by the general public. Their feisty jokes and weird personalities were constrained to people who lived near them. Now that millions of people are able to create their own channels, YouTube has become a hub for young celebrities. Here are five personalities and channels to keep your eye on:
1.) Dom Mazzetti

Mike Tornabene and Gian Hunjan created YouTube’s Dom Mazzetti, an Italian American student who is an expert on everything college. Mazzetti is notorious for tackling pop culture issues that affect young adults. The topics of his videos range from overusing the term YOLO to practicing study tactics for final exams. Even though some might find his satirical comments offensive, many agree the character provides comedic food for thought. Constant references to alcohol and sex make him a likeable douche.
2.) Epic Meal Time
If freak shows were still popular, this group of hungry guys and girls would definitely have its own act. With nearly 400 million video views, this channel proves people enjoy watching others do crazy things. Members create extremely high-calorie foods that contain combinations of meat products and alcohol. After showing the process of preparing and cooking the food, they film someone devouring the final product. Why human beings enjoy watching a man eat a stuffed lamb carcass is beyond me.
3.) Jenna Marbles
She’s weird, she’s hot and she has two dogs. It’s not difficult to see why Jenna Mourey has hit YouTube stardom. The channel gained fame after the release of her video "How To Trick People Into Thinking You're Good Looking" where Marbles goes over a few makeover tips. Ever since then she has gained a large following of viewers who anxiously wait for her to upload videos every Wednesday. The variety of the show and the close relationship Marbles has with her viewers might indicate why she is so popular. Don’t be surprised when you find videos of her dancing with a TMNT backpack, dressing as Drake, or trying to complete the cinnamon challenge.
4.) It’s Kingsley B*tch

Find schools
Even though we don’t always admit it, we all love to complain. So what’s so special about a college student ranting on the web? Like your mother always said, it’s not what you say but how you say it. Kingsley has his own unique way of saying what many of us are thinking. Whether he’s venting about the birds chirping or the latest mainstream radio song, the fuzzy-hat-wearing kid will make you laugh. Because he always has an opinion on pop culture, celebrities and life, he’s the perfect diversion from final exams.
5.) Stephen (Greatest Freakout Ever)
He may not have consented to being filmed while freaking out, but the video that shows him shoving a remote control up his butt earned Stephen Quirre YouTube fame. But it’s his temper has made him an online sensation. The videos are usually shot by his brother, but these star Quirre losing control of his emotions. Whether they start because of the cancellation of his World of Warcraft account or the lack of Christmas presents under the tree, Quirre’s tantrums always have the ability to make people laugh.
Photo: at https://www.youtube.com/user/JennaMarbles
FacebookTweet
Life