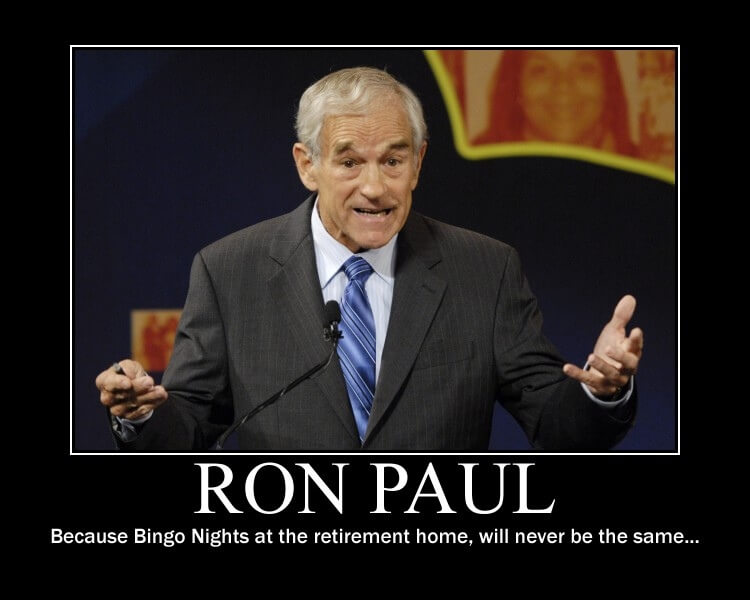 Youthful Ignorance: Why Students Must Jump Off the Ron Paul Bandwagon

Another year, another Ron Paul presidential campaign ending in miserable failure. The Texas congressman and Godfather of American libertarianism is well on his way to another footnote in the history books: the quirky, unapologetic idealist who just wouldn’t quit. And yet, for a good deal of this year’s bizarre Republican primaries, Paul ran a strong, competitive race. Even more surprising is the secret to this year’s unexpected success for the 76 year old: college students. That’s right. Us.

At first glance, the septuagenarian’s strength in the normally liberal youth seems like a mystery. How could the same wave that carried Barack Obama to the presidency vote for him? He’s old. And he isn’t liberal. How? Why?

And yet, the more you understand what Ron Paul stands for, the easier it is to understand how he generated a youth movement strong enough to catapult him to strong primary showings in Iowa, Washington, Vermont, North Dakota, New Hampshire and Minnesota. As a generation, we’re a pretty terrified bunch. Our national debt seems hopelessly—almost comically—enormous. American power is on the decline as China, India and Brazil rise in prominence and economic clout. That’s a scary notion when one takes into account that the majority of current college students were born after the collapse of the Soviet Union. For our entire lives, there has been one head honcho in the world: it’s been us. That might not be the case for much longer.

Ron Paul is a serious cost-cutter. He loathes government spending and our ballooning debt more passionately than we loathe Friday morning recitations or baseball. He recognizes that America’s position in the world is changing, and yet he scorns the bravado of interventionism. Students like that. We came into our own while America fought long wars in Afghanistan and Iraq. We’re sick of it. Ron Paul means no more costly wars in the nether regions of the world. That doesn’t sound so bad, does it?

But Ron Paul’s greatest asset to the youth vote is his small government, states-rights philosophy. For students, this means no intolerant national ban on gay marriage or senseless wars on marijuana. In short, he doesn’t give off that ‘hater’ vibe that seems to surround other Republicans. Paul’s hands-off approach seems novel and maybe even, in the right lighting, progressive, doesn’t it?

There is a darker side to Paul’s isolationism as well. While many of us may see some sense in a less robust interventionist policy, Paul is unique for his domestic isolationism. When tornados swept through the country a couple months ago, Ron Paul went on the record to say that he would not use federal aid to restore the destroyed lives of those millions of Americans effected. His reasoning? They should have had insurance. It just makes you wonder what he might have said to incidents directly affecting us students, such as the Virginia Tech shootings or Pitt's bomb threats. "Should've gotten into your 1st choice and not your safety school," perhaps?

The romance between Ron Paul and the youth vote is not absurd. He speaks to many of our fears as we brace ourselves for the brave new world of the next decades of the 21st century. But as young intellectuals and future leaders of our country, we have a duty to think more deeply about who we throw our support behind. Ron Paul makes sense on many issues. He is a man of consistency and integrity. But a man who has no desire to stand justly with all Americans is not the man to lead our country.