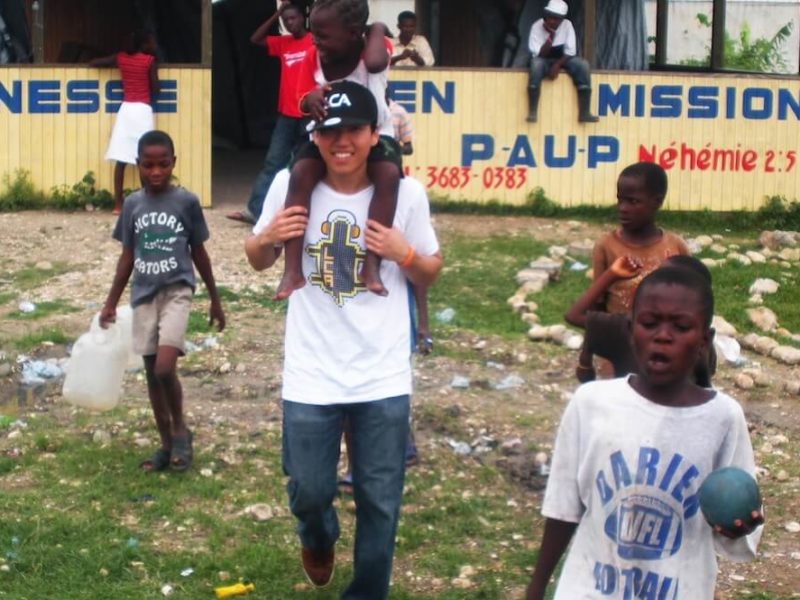 Peter Cortle, a Cornell University senior, is the CEO of Life Changing Apparel (LCA), the first social streetwear brand that bridges the gap between style and social responsibility. The company’s mission has been to revolutionize the apparel industry by using material goods to contribute to beneficial causes around the world.

With every purchase made, LCA provides clean water to a child in need. Since January 2011, LCA has provided clean water to over 500 children around the world. The company crew recently visited Haiti, where they donated clothing, shoes and food in addition to educating locals on how to start sustainable businesses.

Frustrated with an oversaturated market with too much brand overlap, Cortle realized early on that he couldn’t find clothing that contributed to a social cause without compromising style.

Cortle developed a strong interest in entrepreneurship during high school. He was drawn to the flexibility of working on various projects at once, and being in control of his future. “At the same time, I had no doubt that if I were to ever become successful and financially set, I would dedicate my life to philanthropy like some of the role models I look up to the most, such as Warren Buffett and Andrew Carnegie. I asked myself, ‘Why can’t I do both right now?’” Cortle said.

LCA was created as a venue to channel Cortle’s creative and business mindsets. The most important part of launching his own company was finding a void in the market that created a selling point for his streetwear. “Sure, some charities offered apparel, but the designs and product quality were not the same level as streetwear brands,” Cortle stated. He then used this weakness to create stylish designs that fuse hip-hop, skateboard and surf cultures while simultaneously providing clean water to children in underdeveloped countries.

All of the sales that LCA makes are reinvested back into the company. Choosing to build the brand rather than to make a profit, Cortle’s original visions of contributing to the greater good are seen in his entrepreneurial ventures. LCA is also comprised of students from 11 different universities in the U.S. and Haiti, reflecting the company’s vision to create an international impact.

Cortle believes that technology and media play a big part in helping to spread the word about LCA’s movement. “We wouldn’t have gotten this many supporters in such a short period of time without platforms like Facebook and Twitter. But ultimately, LCA’s long-term success will depend on the quality of designs and products we’re able to present to the world,” Cortle explained.

Creating the LCA brand during his time at Cornell, Cortle provides much insight to other aspiring college entrepreneurs. His biggest piece of advice is to not be afraid of making mistakes, especially now. “If you have an idea you’re passionate about, I’d recommend trying to pursue your dreams in college. It will be tougher to sacrifice stability for a riskier endeavor once out of college and working for a real job,” Cortle said.

According to Cortle, the daily grind of being an entrepreneur is most challenging. There are many times when projects don’t turn out as planned—but if you have a true passion and vision for your product, you should not give up. Cortle sincerely believes “persistence is what makes successful entrepreneurs. To do this, it helps to not get too high or too low emotionally when things go really well or extremely badly. It’s all about striking balance.”

Additionally, the success of LCA in such a short period of time is attributed to the genuine nature of the company’s cause. “People are smart—they’ll see right through you if you’re pretending to be someone you’re not just to portray a certain ideal image. When people hear LCA’s story, they know it comes straight from the heart,” Cortle added. Passion is vital to entrepreneurship, especially when trying to establish a brand name while simultaneously living as a college student.

Previous Post:Tweets Claiming Obama Dead Under Investigation
Next Post:Some Majors Could Get the Boot