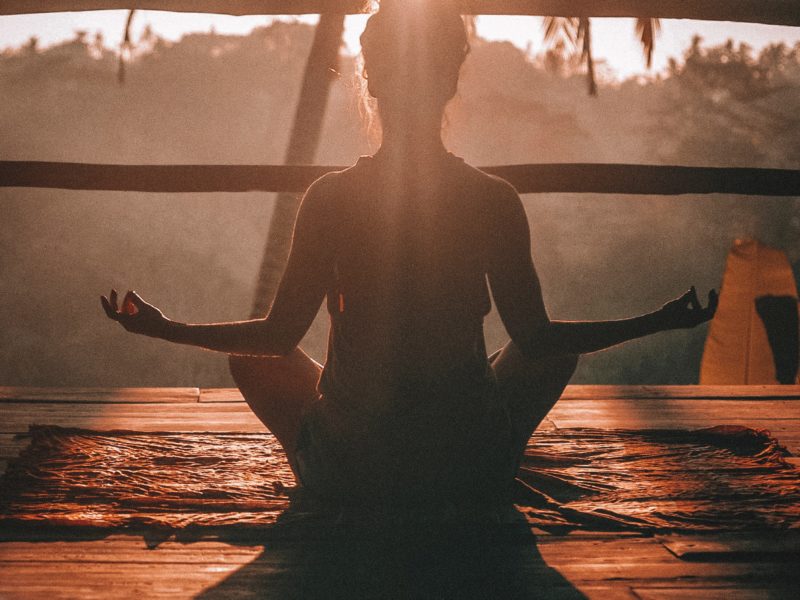 Ashley TrotterNov 7, 2018
Home » Latest Posts » You Don’t Need to Practice Buddhism to Get Something out of Your Campus’s Buddhism Club
FacebookTweet

No lights illuminated the room. Beside me, Amelia remained silent as the door let off a long, slow creek on its old hinges. The Interfaith Chapel didn’t seem to hold any other people within its circular chamber. Then we turned the corner and entered into a circle of 20 people sitting crisscrossed on small cushions with shoes off and smiles on.

Kristen motioned us over, waving excitedly: “Guys, I’m so excited you came!” Amelia and I both weren’t quite sure what to think just yet.

Kristen was the Teacher’s Assistant of my freshman introductory class, “Courage to Know.” During the first day of instruction, she mentioned to all members of the class that she was the Buddhism Club President and that we all should come to at least one gathering: “Swing by; we have meetings each Tuesday. And bring your own mug for tea after our meditation.” After a whole semester of debate, Amelia and I decided to give it a try.

Growing up Catholic, and attending a Catholic university, I walked into the Buddhism Club meeting nervous. Did I need to know about Buddhism? Vaguely, I racked my brain for anything I learned of the practice. Back in ninth grade, I read a book about the Path to Enlightenment. Now, though, I found I retained very little of that. All those at the club could be devout Buddhists for all I knew. I most likely had some serious learning to do if I wanted to continue attending, I thought.

Kristian ushered us over to two cushions adjacent to each other and told us to relax and have fun. She dimmed the overhead lights even further. In the center of the circle stood a table. On it, a box of incense burned. Small spirals of smoke twirled with the still air.

Kristian began, “Today we are going to be doing a short, guided meditation”. Letting my knees fall to the ground and my spine straightened, I let the lids of my eyes fall. Kristen told us to breathe deeply. Listen to each breath. Feel your toes, legs, stomach, chest, neck, head and all the weight held by each part of your bodies.

I fell into the meditation. Suddenly, the impending stress that piled on me throughout the day lifted. As if now weightless, my mind wandered gloriously on the freedom of not having anything to worry about at the moment. And, in a world that demands so much of us every moment of each day, I raptured at such a sensation.

The sudden pong of a gong reeled me back to the circle, to my body with my knees on the ground and straight spine, to Kristen and Amelia and the Interfaith Chapel.

“How long does everyone think that meditation practice lasted?” Kristen asked.

Guesses pinged off the walls. I hadn’t even considered a time length. While meditating, I was completely separate from the notion of time.

“That was a 12-minute meditation,” Kristen explained. “That is one of the longer meditations we do here at Buddhism Club”.

Water boiled and Amelia and I drank green tea from mugs we had brought with us. Kristen thanked us for coming, and told us to come again.

Having never meditated before, I never anticipated enjoying it so completely, internally and externally.

My whole body was rejuvenated.

I felt as if all my readings, the essay I had to write, and the math assignment I had due later that week wouldn’t be totally impossible after all.

In the weeks to come, on Tuesday nights, I found myself entering the Interfaith Chapel, taking off my shoes and settling down for meditation. Most times Amelia would come with me. Other times I went on my own.

There, I met Conner who loved to take English classes, even though he was an economics major and Mary whose life was uncannily similar to mine even though she grew up 2,000 miles away from my hometown. Jerry loved to meditate after his Financial Accounting homework. Chantal and Nick found me one day in the library before Buddhism Club, and suddenly we became an unspoken study trio, gathering together in the library for hours at a time. And Kristen remained a kind of mentor to me long after my Courage to Know class finished.

That first day, I didn’t even expect to really stay. The whole concept of Buddhism Club had scared me. Little did I know that you don’t need to have a particular set of beliefs to find a support system that grounds you. A year later, I never miss a single meeting. The faces within the circle are now like family. 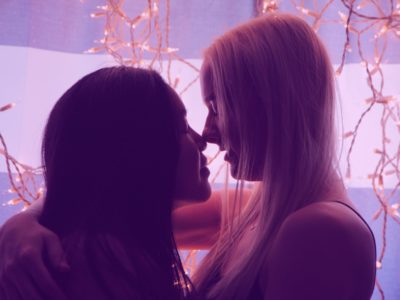 Don’t Give Up on Your Lesbian Dreams

Previous Post:When Did Diversity Become a Bad Thing?
Next Post:10 Ways to Avoid FOMO in College