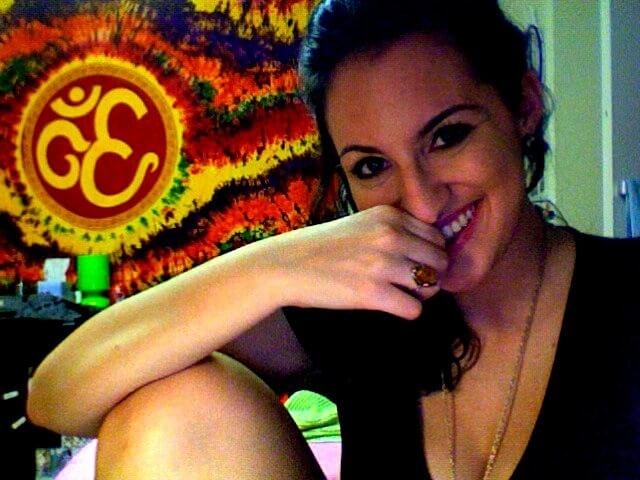 When describing Maureen Johnson, the free-spirited lead character she will play in University of Maryland’s upcoming production of “RENT,” senior theater major Kathryn Pace said, “She’s very free and has made decisions to be who she is and she will not let anybody get in her way. Ever.”

It’s not surprising, then, that Pace has a lot in common with the spunky character she has dreamed of playing since she was 14.

After all, when a person has ambitions to star in a Broadway musical, do work in television and movies, write and record music and open an arts-based rehabilitation center for children with disabilities and war veterans, they’re bound to hit some road blocks along the way. But that has not stopped Pace from pursuing her lifelong dream.

Pace has been singing her whole life and always knew she wanted to be a performer, but she didn’t start acting until she had three lines in a self-described “heinous” musical called “The Stingiest Man in Town” her freshman year of high school. After that, Pace decided, “This is what I’m doing for life.”

Pace performed in each of her high school’s musicals and had her biggest role as Tuptim in “The King and I,”but knew she had truly made it as a performer after being cast in“RENT.”Pace worked extremely hard for the part and “freaked out for months,” and before “RENT,” had never been cast in a part she wanted to play. After getting the role of Maureen and looking at the cast list, Pace said to herself, “I’m here, and I’m good, and I got it. Finally.”

Although Pace has experienced success in the worlds of high school and college theater, she faced challenges along the way, primarily when she had to attend Pennsylvania State University, Brandywine, which does not have a theater major, her freshman year. Pace transferred to the University of Maryland her sophomore year and majored in theater, where she said she learned auditioning and technical skills, but also how to be confident in all aspects of her life.

Pace’s advice to theater students and prospective performers is to have a thick skin and try not to be discouraged by the harsh theater world. “As long as you’re doing justice to yourself and your character, absolutely nobody can tell you what you did isn’t good enough,” she said.

Pace’s favorite aspect of theater is that each cast she is in “becomes a family,” and that “theater people are like a different breed of human. You become so close with everyone because of that.”

After college, Pace wants to stay in the Washington, D.C. area for a while, and then move to New York and hopefully be in a Broadway show within three years. “Being on stage is the most exhilarating feeling in the world, and it’s the most whole I feel, ever,” she said.