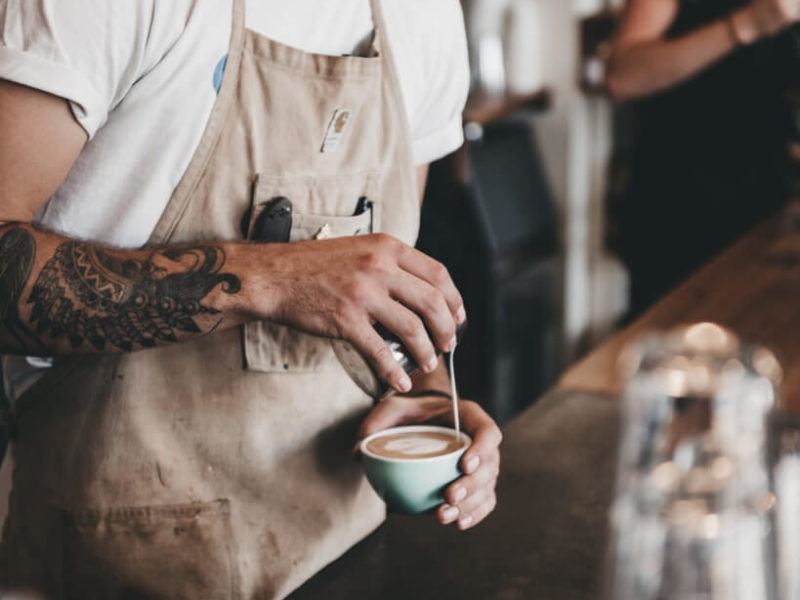 Natalie WollenzienSep 25, 2018
Home » Latest Posts » Working as a Barista Was One of the Best Decisions I Made in College
FacebookTweet

If anyone knows or has interacted with me for longer than five minutes (or they’ve endured my awkward turn during class icebreakers), they’ll know a few indisputable facts about me: I love my university, I hate small talk and I work at a coffee shop. This sets me up for a lot of unfortunate niches, particularly that of the “starving artist/hipster/etc.” tropes.

I can say confidently that applying to become a barista was one of the best decisions I made in my time at college.

I was nineteen when I first applied to work at one of the local coffee shops, fresh out of my first year at college and terrified as hell. I had just switched my major, I was in between a lot of transitioning relationships and I was only certain of one thing, that I needed money. Walking to as many shops as I could and putting on my most convincing smile, I had spent an entire day dedicated to receiving applications and chirping my availability to rather apathetic managers. It was a toss-up between which hurt worse: My face, or my pride.

I either received calls back about an interview or received static silence from restaurants already filled. Then I finally got the call I had been waiting for. I don’t even particularly remember why I felt so drawn to this particular coffee shop. Perhaps it was hearing the cheerful intonations of my future boss, maybe because they had called me the soonest or maybe by a strange stroke of chance.

By the next month, however, they hired me and I began working with a supervisor who consistently played aggressive EDM during our shifts. Before working here, I knew nothing about coffee except for the fact that it tasted (and I’ll say it) kind of gross at the time. I soon learned that apparently macchiatos can’t be iced, neither can cappuccinos and apparently Americanos were invented because the American population couldn’t handle their European coffee. I also knew that I had no idea what I was doing. It wasn’t until I started really settling into the workplace environment that I came to a realization—holy moly, I love this job.

I have met some of the best people in my life working at a coffee shop. It’s strange the way work can bring people together; mutual stress and hatred of the same people tends to do that to you. Believe me, there are certainly moments where the Barista Rage comes close to bubbling over. Conceal, don’t feel, am I right? Let’s never forget the long lines, impatient adults and the ever-classic speeches you feel the need to memorize in your down time between rushes. No, we can’t take your Starbucks gift card. No, we cannot make the drinks faster. No, we LOVE it when you don’t tip on a double-digit order (the last one inwardly screamed).

All joking aside, working in a local coffee shop helps people to bond in so many ways. Whether it’s the early morning shifts, the late night closes or anywhere in between, you get the chance to see people at some of their kookiest moments. It’s just a matter of mixing close proximity and a likely overdosing of espresso shots that you get to reveal your true colors to your co-workers.

And I’m not saying it’s not difficult at times. Waking up at six or five in the morning doesn’t often sound appealing to the general ear—arguably most ears. Getting flicked in the face with steamed milk or getting talked at for not getting a specific drink immediately isn’t always fantastic. It can occasionally feel like pulling teeth, but it’s through all those experiences that feel catastrophic at the time that you find genuine people. You more or less find a team that you can depend on and rant to because they’ve all been in the same feelings of frustration as you have.

Being on the same page with a great group of people can often feel like a second, extended family. If you ever have the chance, I would say apply to your local coffee shop. You never know what kind of incredible people you’re about to meet. And honestly, who could ever turn down the free caffeine.

Natalie is a senior majoring English and Creative Writing and minoring Art History at the University of Iowa. She has an affinity for cats, caffeine and being unnecessarily dramatic in her hand gestures. 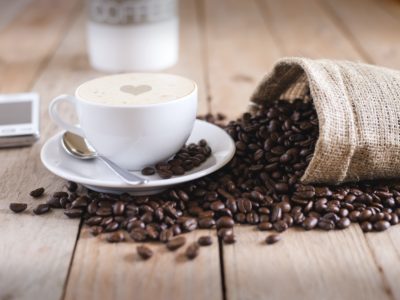 A Barista’s Guide to Making Delicious Coffee Drinks at Home

Previous Post:The Best Masks for Your Major When Your Skin is Feeling Minor
Next Post:A Move-In Day Without the Parents