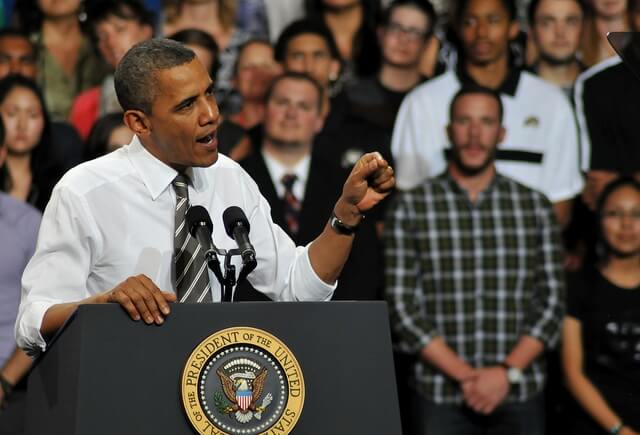 Will the Hipsters of Colorado Help Obama in 2012?

In a recent article experts argue about how President Obama will fair in the upcoming election, specifically in Colorado. While Colorado used to be known for its rugged and Republican population, the emergence of technology (and retro-rimmed Ray Ban reading glasses) has created a more liberal setting poised to help Obama swing it in his favor.

The article goes on to report that the growing technology industry in Colorado bolsters not only the economy (unemployment in Colorado stands at 7.8 percent as opposed to the 8.2 percent national average) but also the rising rivalry between Colorado and California. While Silicon Valley stands as the seasoned sheriff of the tech community, Boulder emerges as a rogue rookie ready to make a name for itself. Keeping that in mind, without Californians packing up and heading toward the crisp mountain air, Colorado may have remained a solid win for a Republican candidate.

Obama’s stand against the SOPA anti-piracy bill (you remember, the day that Wikipedia went dark and the pain of studying for midterms increased tenfold) earned him footing among techies, upping his odds in Colorado. Also on his side? Taking time to talk to the young voters of America. Visiting Boulder earlier this spring, I listened as President Obama talked about his shared “mountain of debt” with wife Michelle. I listened as he said, “We just finished paying our student loans eight years ago, and think about it: I’m President of the United States.” When the leader of the free world points out he just recently won his battle against student debt, it makes all of us poor part-time nannies wonder how we’ll ever do it. His proposed chant “Don’t Double My Rate!” resonated with many students who struggle with the cost of their college degrees.

The shift in Colorado’s political leanings due to technology advancements and clumsy college students (fun fact: it isn’t yogurt!) will be important come November. As one of the biggest swing states, Obama faces some challenges ahead in Colorado, namely against venture capitalists opposed to the president’s move to end the federal tax break on carried interest or groups involved in more traditional industries like agriculture or mining. Nonetheless, Colorado is on the forefront of becoming a liberal powerhouse with other businesses like digital media and medical marijuana becoming prominent forms of commerce. The race for Colorado is close for now, but there is still time for Obama or Romney to appeal to their supporters in the state.

And let me set the record straight: this so-called “dive bar” Obama stopped by while in Colorado is none other than Boulder’s iconic The Sink. Robert Redford worked there. It has been a Boulder institution since 1923. You can sign your name on the ceiling. It has goldfish races. If that’s not the epitome of class, I don’t know what is.